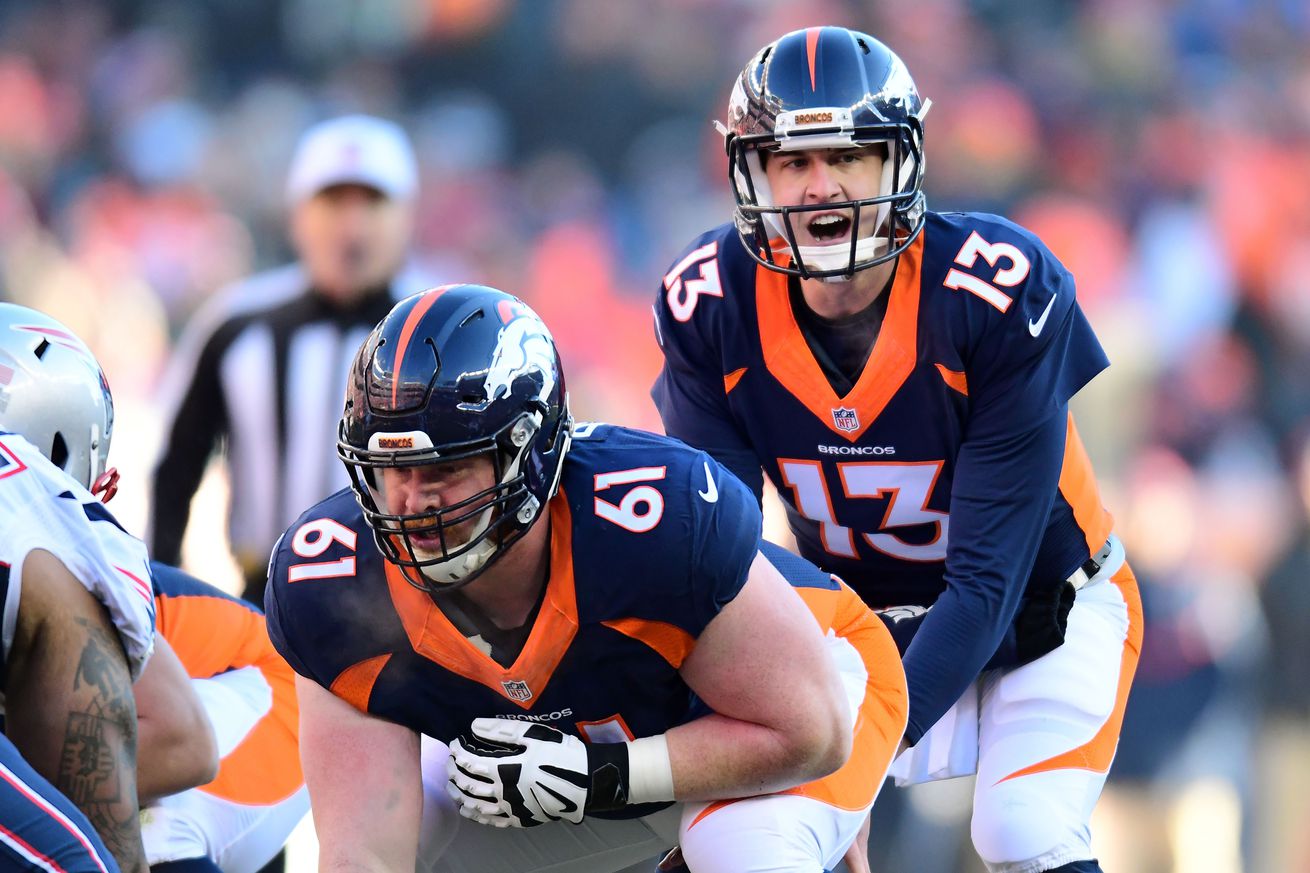 As the Denver Broncos fell to the New England Patriots at home, the playoffs have all but disappeared. The hunt is over, and the final nail may not be driven home, but the hammer is winding up.

It was the second week in a row that saw the defense hold their opponent to one touchdown, while the Offense sputtered and coughed its way to 3 points. The frustration is real. The defense is being wasted, and the failure falls at the feet of coaching and management.

Highlands, Buttermilk Opening and Sum…
Ransom of 565 BTC Asked by Hackers
No sleep for you: I tossed and turned…
A perfect picnic quilt is made of a s…
Aromatherapy

Unfortunately, after 14 games, there really is no solution. If the Denver Broncos manage to win out and get into the playoffs, they are a dangerous team to play, but that seems unlikely. The defense can’t do everything. While they don’t seem to hold a grudge, they are clearly frustrated with how poorly the offense has played.

Aqib Talib on what he would have said if somebody told him they would hold Brady to 16 and lose: pic.twitter.com/fEUeyzNk2d

It all started so promisingly. The offense was moving, and looked like they were going to give New England a game. And then Trevor Siemian threw a pass to Emmanuel Sanders that never should have been thrown. Watching that play was like watching a bad horror movie. “Don’t go in motion E. Don’t look over there Trev! Don’t throw that pass!”

That was it. That was the moment that the game turned. The offense had opportunities, but could not find a way into the end zone. Demaryius Thomas had a drop that could have led to points. Virgil Green dropped a ball early before he was sidelined with a concussion. A.J. Derby had a bad drop. Drops happen, even when they shouldn’t.

And of course, the Kyle Orton comparisons are going to come out. Those comparisons may or may not be warranted, but that isn’t the story here. The story is the failure of the coaching staff and management. They have failed to put this team in a position to win every week.

After almost an entire season of being defending Super Bowl Champions, the Broncos have looked lost on offense. They followed last weeks 9 rush game with a whopping 17 rushes for 58 yards. Those are bottom feeder numbers. So is the 2 of 12 conversion rate on 3rd down. And all this goes back to Gary Kubiak installing a tired offense without the right personnel to run it.

The offensive line is just that, offensive. No running back or quarterback would be able to find success playing behind that. John Elway has had opportunities to go after better lineman. Josh Sitton would have been a nice addition. Watching the current unit get shoved back into the pocket like tackling dummies is ridiculous. Other than Matt Paradis, who on the line has been any good?

And who is in charge of allowing Jordan Norwood in the game? Norwood is just another example of the coaching staff being incapable of making good moves. There must be somebody on the team that can catch a punt. This experiment must end.

Maybe this is all just frustration. The defending Super Bowl champions, playing at home, with their playoff life on the line, could only muster 3 points. As the season winds down, the offense has regressed. The New England Patriots defense didn’t do anything spectacular. There was nothing about that team that was impressive on Sunday, yet the offense looked overmatched from the moment Siemian threw the interception.

Watching the Broncos get pushed around like little kids on the big boy playground has become commonplace this season. Can it be fixed in time to go into Arrowhead Stadium and get a win? Maybe. If Denver wants to make the playoffs, they better get this figured out now, or the present under the Christmas tree for Broncos Country will be an early end to the season.