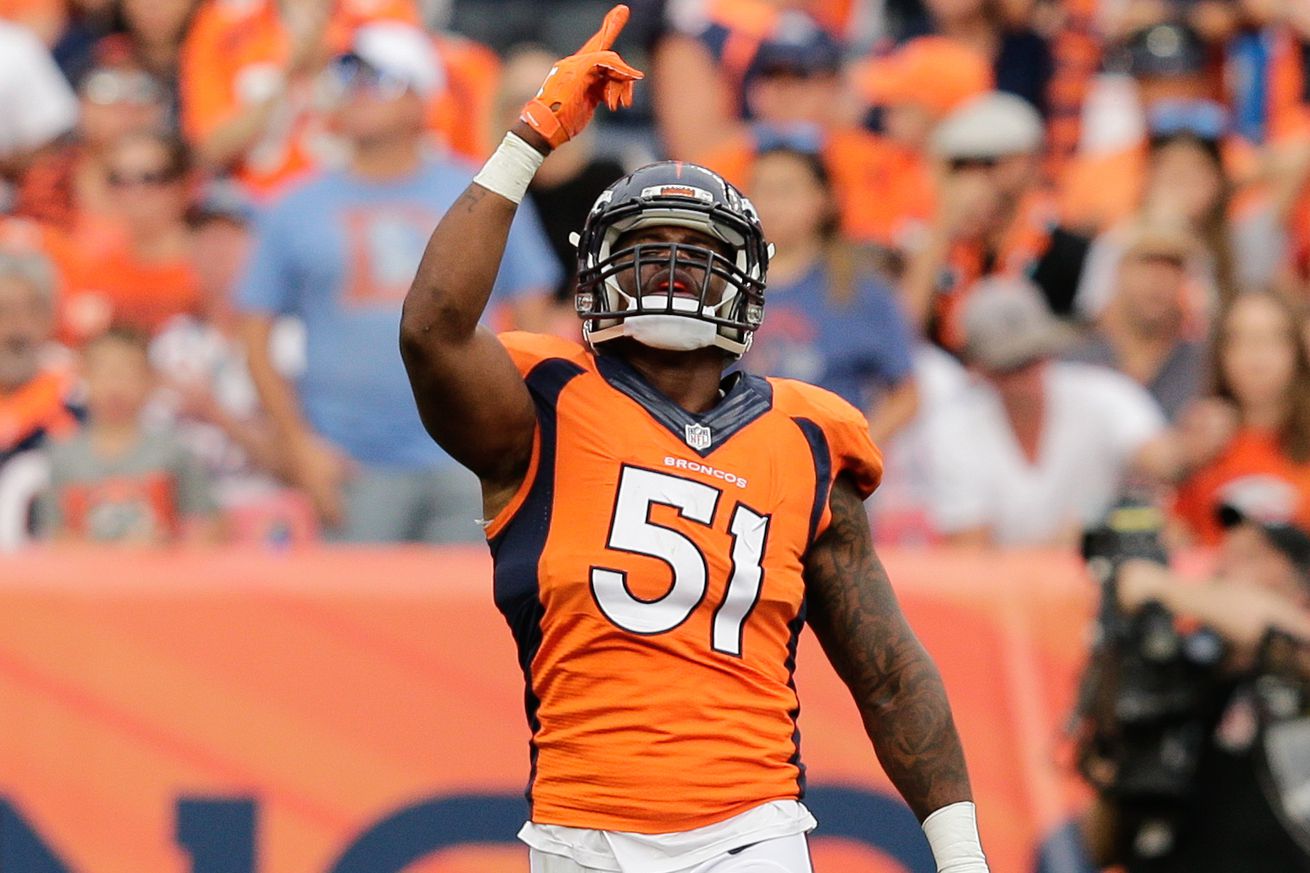 Here are the inactives for this afternoon's game between the Denver Broncos and the New England Patriots.

Here are the inactives for the Denver Broncos and the New England Patriots for this afternoon's game at Sports Authority Field at Mile High in Denver Colorado.

The Broncos will be without starting inside linebacker Brandon Marshall for the second straight week. They will however, have linebacker Todd Davis who was listed as questionable. Look for Corey Nelson and Zaire Anderson to get play time as well.