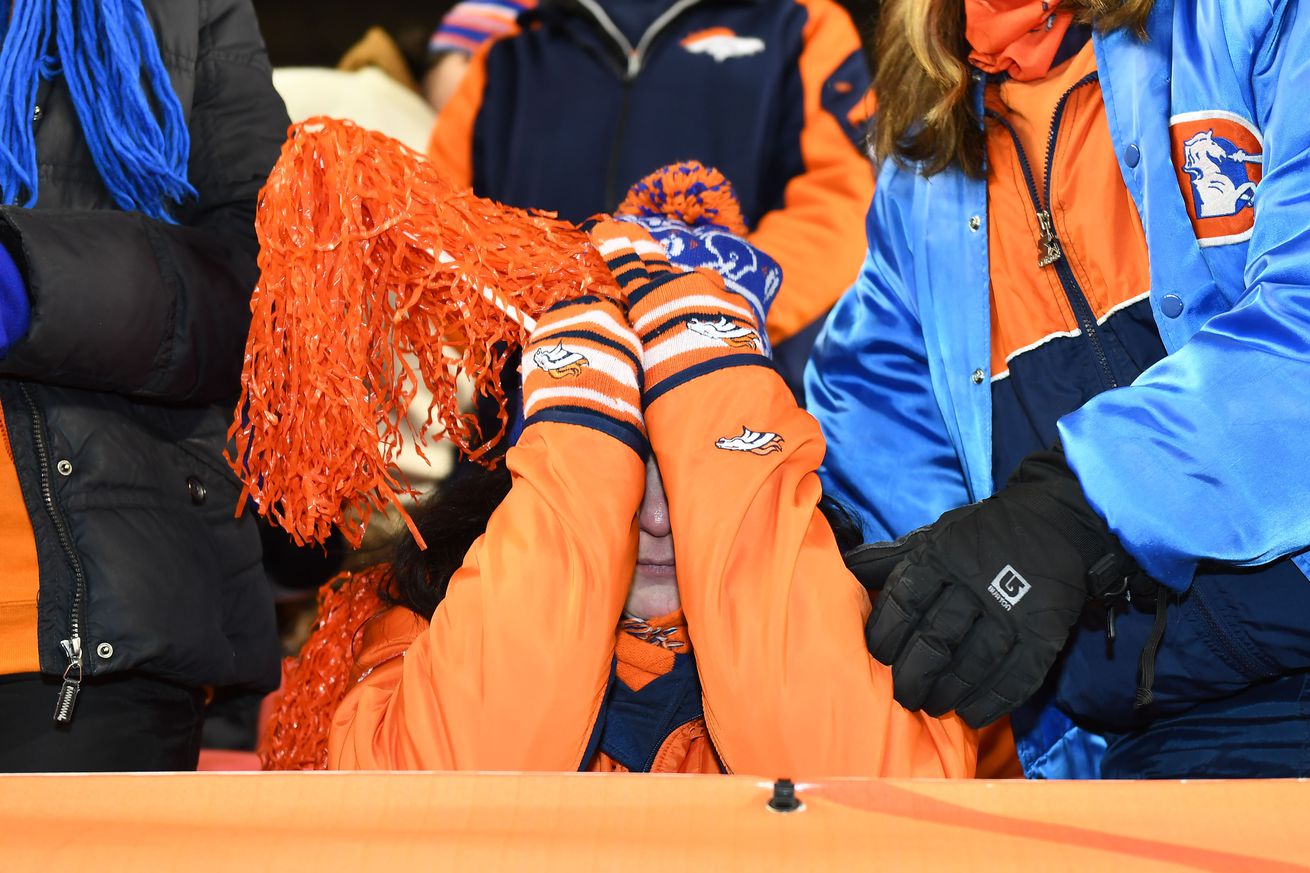 With their 16-3 loss to the New England Patriots, the Denver Broncos have fallen to the 9th seed in the AFC.

Entering Week 15, the Denver Broncos had the sixth seed. It was a weak hold on the position as they only held a tiebreaker over the Miami Dolphins. Well, all of the teams fighting for a playoff spot won - except for the Broncos - which only made things worse for Denver.

The Broncos are now in a three-way tie on the outside-looking in on the AFC Playoffs. The Baltimore Ravens hold a much better conference record, while the Tennessee Titans have beaten the Broncos straight-up.

Two other teams, the Indianapolis Colts and Buffalo Bills are also in the hunt at 7-7. However, it is unlikely the AFC gets a Wild Card team with fewer than 10 wins.

With the offensive issues the Broncos are dealing with, it is highly unlikely they win out. Division games are always iffy to predict, so its not an impossibility.