Big Blue Draft-A-Thon: The Giants get safety depth with Mike Edwards at pick 171 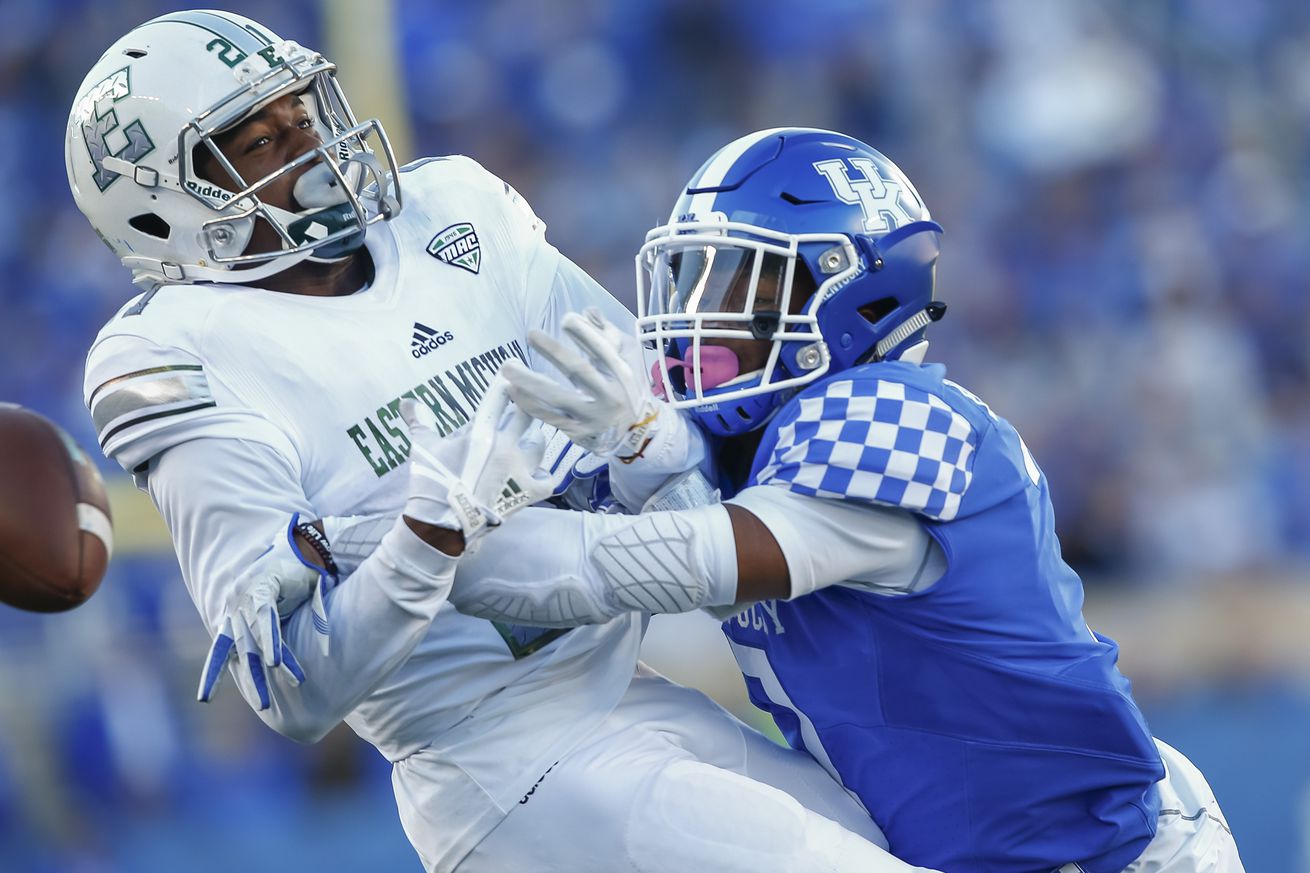 With the 171st pick in the 2019 Big Blue Draft-A-Thon, the Big Blue View community selected Mike Edwards (S, Kentucky) for the New York Giants to end the fifth round.

Edwards presents a nice value this late in the draft. A blue collar “Do It All” safety, Edwards was the heart of a good Kentucky secondary. He isn’t an elite athlete, but he has the versatility and experience to do just about whatever the Giants need from a safety, whether it be covering a deep zone or playing downhill close to the line of scrimmage. He will also bring a hard-nosed, physical presence to the defense.

Once again the Giants don’t have long wait until they are on the clock again with the 181st pick at the top of the sixth round.

The Picks So Far

Because we are so late in the draft, I will be listing the top 10 players at the Giants’ remaining positions of need, as well as the top rated remaining player.

Big Blue Draft-A-Thon: The Giants get safety depth with Mike Edwards at pick 171