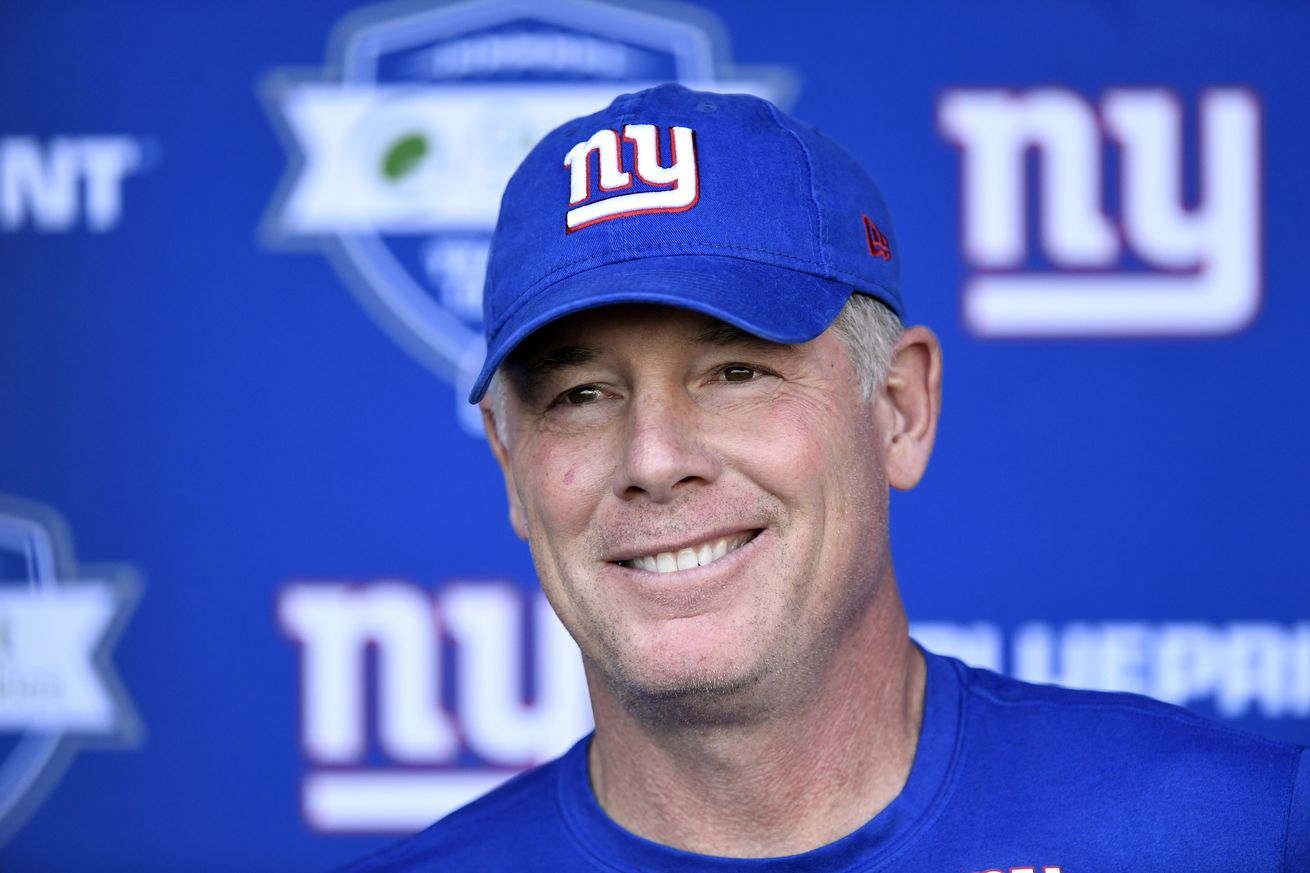 Tuesday marked the opening of the New York Giants mandatory mini-camp. Mini-camp is the next step in the off-season program as the team inches closer to training camp, pre-season, and ultimately the 2018 regular season.

The players still have yet to don their pads — that won’t happen until training camp — and practices are still non-contact. In fact, the only real difference between mini-camp and the ten OTAs held throughout the spring is that players are required to attend mini-camp. So, obviously, there is only so much to be gleaned from these practices. However, there is growth to be seen over the off-season program, and that is what head coach Pat Shurmur is looking for.

“I think what is important is it’s about the ball,” he said, “so you don’t want the ball on the ground. It is about making sure that you go through the fundamentals of your position, and I can tell that each time we go out there, both sides of the ball are playing faster.”

Shurmur noted that the team is making progress, that in addition to the team playing faster, that they are making — and more importantly — learning from mistakes.

“We’ve come a long way,” he said. “There are hours and hours of work in the weight room, in the meeting room and on the practice field, and when you watch a practice, I think it’s important that they are playing fast with no anxiety, and when a mistake occurs, which happens in practice – now Jacksonville [Jaguars, the Giants’ season opener] didn’t see that mistake, so as long as we don’t repeat it, that’s what practice is for. So that’s what you go through. They’ve got to come out here and do it and those mistakes that were made and I noticed a handful and then there are some other things that you didn’t quite notice and you will see on tape, you get them corrected and you move on. So that’s why you have to practice a team game.”

The Giants’ new head coach has seemingly emphasized the “team” aspect throughout Organized Team Activities, and now mini-camp. These practices are important, he says, for building team chemistry and cohesion.

Shurmur said, “This is the ultimate team game, so when we’re all here as a team competing and getting better, it is what you’re looking for. When I have team meetings, I talk about team things. When we’re out here as a team, we work on team things.”

The media, of course, is interested in specific players as well as the team as a whole. And since the team will likely go only as far as quarterback Eli Manning can take it, he was, predictably, the subject of several questions.

First and foremost, reporters wanted to know how the Giants’ franchise quarterback was faring in the new offense.

“Yeah,” Shurmur said, “Eli looked very good today, he looked sharp and again, this is just a continuation of what we’ve seen to this point.”

What they’ve seen to this point has been a boon to a head coach installing a new offensive scheme. Manning’s experience and intelligence helped Shurmur build and install a new system.

“Well, any system when you have a quarterback with that background and that skillset, it makes it much easier.”

“I don’t know,” Shurmur added, when asked if anything about Eli surprised him, “I was expecting to see a guy that was a two-time Super Bowl winner and so I guess – I’m always surprised at how smart he is and at how things, I don’t want to say come easy to him because he studies. But, he has a great feel for the game and that great feel for the game is backed up by a heck of a lot of work, and so when you have that combination, a guy that can really see the game and then a guy that really works at it, then I think the sky is the limit.”

Finally, there is one other player who could be a linchpin for the Giants’ season. Not all that long ago, Ereck Flowers looked like a longshot to even be a Giant in 2018, now he looks to be in line to be the team’s starting right tackle.

Right tackle is largely a new position for the former first rounder — certainly at the NFL level — and with that comes a learning curve. Shurmur says that he has seen improvement from Flowers since he began attending the team’s off-season program.

Shurmur said, “Yeah, I see him [Flowers] improving and I see a guy that enjoys training and he has fit in well with the new players on the offensive line and he obviously has a relationship with the guys from a year ago. I know he’s a tough guy and he’s out there doing what we ask him to do and he’s improving, so beyond that, I can’t say.”