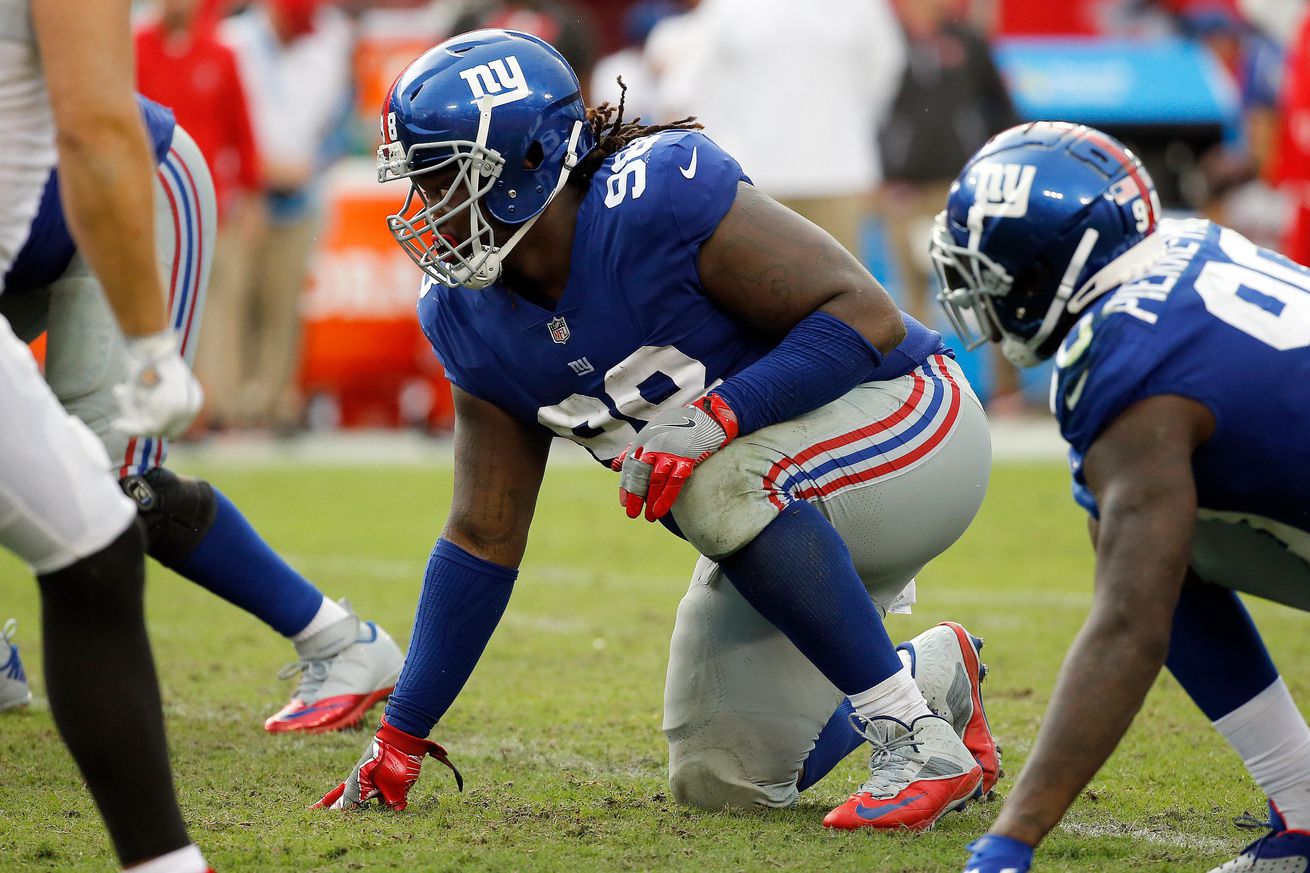 A number of things have led to the New York Giants being 1-6, not just one player, position, coach or executive. It’s a combination of many factors. Since we have hit the bye week, which comes conveniently right near the mid-point of the 2017 NFL schedule, let’s go position-by-position and review.

I’m going to give each position a “Kudos & Wet Willies” assessment, and some players will also be judged similarly if appropriate. Each position will be dealt with in a separate post.

Let’s start with the defensive line.

The Giants are 23rd in the league in rushing yards allowed per game and 18th in yards per attempt (4.18). Do not, however, blame Damon Harrison and Dalvin Tomlinson. Both have been terrific and get individual “Kudos.”

Harrison is still a 350-pound run-stuffing monster who does things a guy his size shouldn’t do. Tomlinson, drafted in the second round, is already a better player in my view than Johnathan Hankins ever was.

Backups Jay Bromley and Robert Thomas really haven’t been significant factors. There was optimism that Bromley would take a a step forward, but a preseason knee injury slowed him and Tomlinson’s play has pushed him to the background.

GM Jerry Reese talked on Tuesday about inconsistent effort, about players not being as hungry. Reese didn’t do this, so let me. I’m holding up Jason Pierre-Paul as the poster child. JPP has had one terrific game and six where he has done absolutely nothing. Sorry, but you can’t show up once out of every seven weeks. JPP gets a “Wet Willie.”

Overall Grade: “Kwillie.” Great work from Harrison and Tomlinson, not so great from Pierre-Paul.