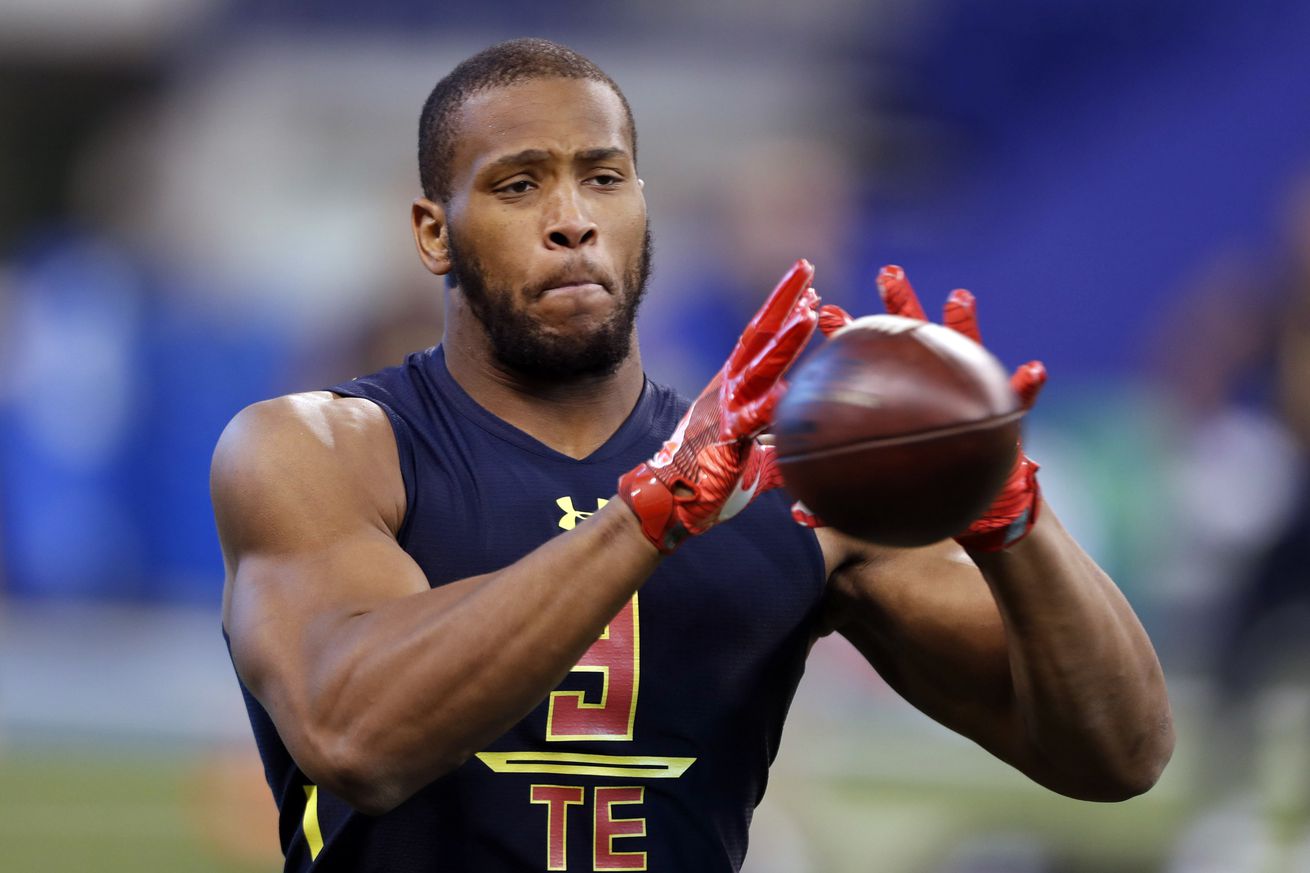 Some are blasting the GM for not trading up to get O.J. Howard 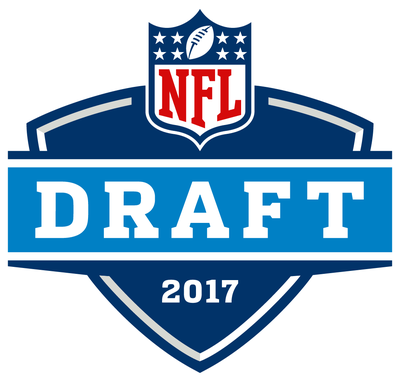 New York Giants general manager Jerry Reese got duped again! That seems to be the opinion of a healthy number of New York football writers and Giants fans after the Giants stayed at No. 23 Thursday night, watched O.J. Howard and others go off the board, and selected Ole Miss TE Evan Engram.

Russia: The hub of the Secret Crypto …
STORIED CAREER - Ron Howard
Fantasia 2019 – The Wretched Review
The windshield is bigger than the rea…

ESPN’s Jordan Ranaan lambasted the GM for not moving up to get one of the players commonly considered prime Giant targets, most notably Howard, the Alabama tight end.

For the second consecutive year, the Giants were paralyzed by Reese’s rigidity. His streaks remain intact. He has never traded (up or down) in the first round, and has never traded down in 72 times on the clock in his 11 drafts as general manager.

Thursday was the perfect opportunity. Howard, a player the Giants coveted and had ranked near the top 10 of their board, was slipping. He was still available in the mid-teens, and lasted almost until the 20s. The opportunity was there for Reese to make a move somewhere, although he said afterward it was never in consideration.

Consider it an opportunity wasted for Howard, Bolles and Davis. One by one, they were gone. Just like last year, the Giants’ targets were taken right out from under them.

NJ Advance Media’s Steve Politi wrote that Engram “feels like a consolation prize on a night when the Giants could have landed a game changer.”

This isn't the least bit surprising, of course. It was one year ago that the Giants were caught flat-footed as the Tennessee Titans and the Chicago Bears traded up just ahead of them to steal the two players, tackle Jack Conklin and linebacker Leonard Floyd, the team reportedly coveted.

Reese settled for Eli Apple. The cornerback started 12 games last season and might turn out to be a very good player. But the pick felt like an overreach at No. 10 overall then and still does now, and Reese could have traded down and still landed a player of Apple's caliber. But trading in that direction is also not something the Giants GM does.

He preaches that the team will always take the best player available, but that's not true, either. Few would consider Engram better than Alabama linebacker Reuben Foster, a player who might have been a top-five pick if not for some well-documented injury and off-the-field issues.

Foster would have filled another need, but the current Giants regime will not roll the dice on any player with potential character issues in the first round. If Lawrence Taylor were coming out of college today, the Giants would have looked at his red flags and said, "No thanks."

Well, yes and no.

Ranaan, Politi and anyone else who wants to hammer away at this point is absolutely correct that Reese is notoriously stubborn about moving around in Round 1. In 11 drafts, he has never done it — up or down.

This is who Reese is. It’s how he was trained going back to the days of George Young. Sit tight, trust your scouts, don’t move all over the place chasing players. Ernie Accorsi made the Eli Manning move back in 2004, but that goes back to another point we talk about at Big Blue View. When you need a quarterback, do whatever you think you have to in order to get the one you believe you have to have.

Did Reese and the Giants get fleeced last year when the Tennessee Titans (Jack Conklin) and Chicago Bears (Leonard Floyd) jumped the Giants to grab the players believed to be highest on the Giants’ draft board? Maybe. They got a good player in Eli Apple, but probably not the one they truly wanted.

Let’s forget Bolles and Davis for a minute. The Giants weren’t going to trade up for them. And let’s forget Foster, too. Taking players with character concerns, especially that high in the draft, is an ownership decision. The GM can recommend, but that’s a choice John Mara and Steve Tisch have to make. They have been clear in recent years that they want “clean” players. So, I’m not putting passing Foster or any other “character concern” guy on Reese.

Howard is where the conversation is. Did the Giants make a mistake by not trading up for the former Alabama tight end, a player some think is the best tight end prospect to come out of college in years?

Remember that before the draft Reese said he would move up the board if he was “dying for” a player, like Accorsi was dying for Manning all those years ago. The fan base was dying for Howard, or David Njoku as a consolation prize. Apparently, much of the media — captivated by the “Howard falls to the Giants” possibility — was, too.

Reese and the Giants, seemingly, were not. Reese insisted after the draft that he didn’t try to trade up for Howard and that he was “not talking about who we tried to trade up for.”

Whether you buy that he didn’t try to go get Howard is up to you, but it didn’t happen.

Around the time the Indianapolis Colts took safety Malik Hooker at No. 15, you started to realize the Giants might have a shot at Howard — if they wanted him. If they were going to do it, they were probably going to have to get to at least No. 18, where I thought the Titans might want Howard, anyway. Use the trade value chart, and the likely cost would probably have been a third-round pick.

Would Howard have been worth it? Many will say yes. In all honesty, I was never on the Howard bandwagon. I’ve said it before, but in the games I watched I never saw anything that made go “wow.” I wouldn’t have minded the Giants picking Howard, but I wasn’t banging the table for him, either.

If you are, or were, on the Howard bandwagon, this is a study that should give you pause. Check Howard’s spider chart, and while Kellen Winslow is a comparable player athletically, so are Jerell Adams, Kellen Davis and a bunch of guys I’ve never heard of.

Point is, I’m not buying that Howard is a no-brainer super star, a perennial game-changing All-Pro, a guy we should already be making a Hall of Fame bust for. Maybe he will be, we will find out over the next decade or so.

The Giants didn’t think so. I’m going to trust their judgment.

Could Reese have traded down and still gotten Engram? Perhaps, and if he could have done so that would have been a good move. I have always said I support moving down and adding picks if you aren’t in love with your choice at a particular spot. Maybe Reese didn’t think he could get Engram if he moved. Maybe the Giants just didn’t have a good suitor for the 23rd pick. We don’t know.

Will Reese ever make a big first-round move? Maybe the 2018 draft will be a litmus test. If you consider Accorsi to be Reese’s mentor, the Manning move is the one time Accorsi took the plunge. A year from now, the Giants will be that much closer to needing to find a successor to Eli Manning. The 2018 draft class is said to be rich in quarterbacks. If the Giants don’t find a guy they believe can be Manning’s heir on Day 2 or day 3 of this draft, maybe next year is when we finally see Reese be bold in Round 1.