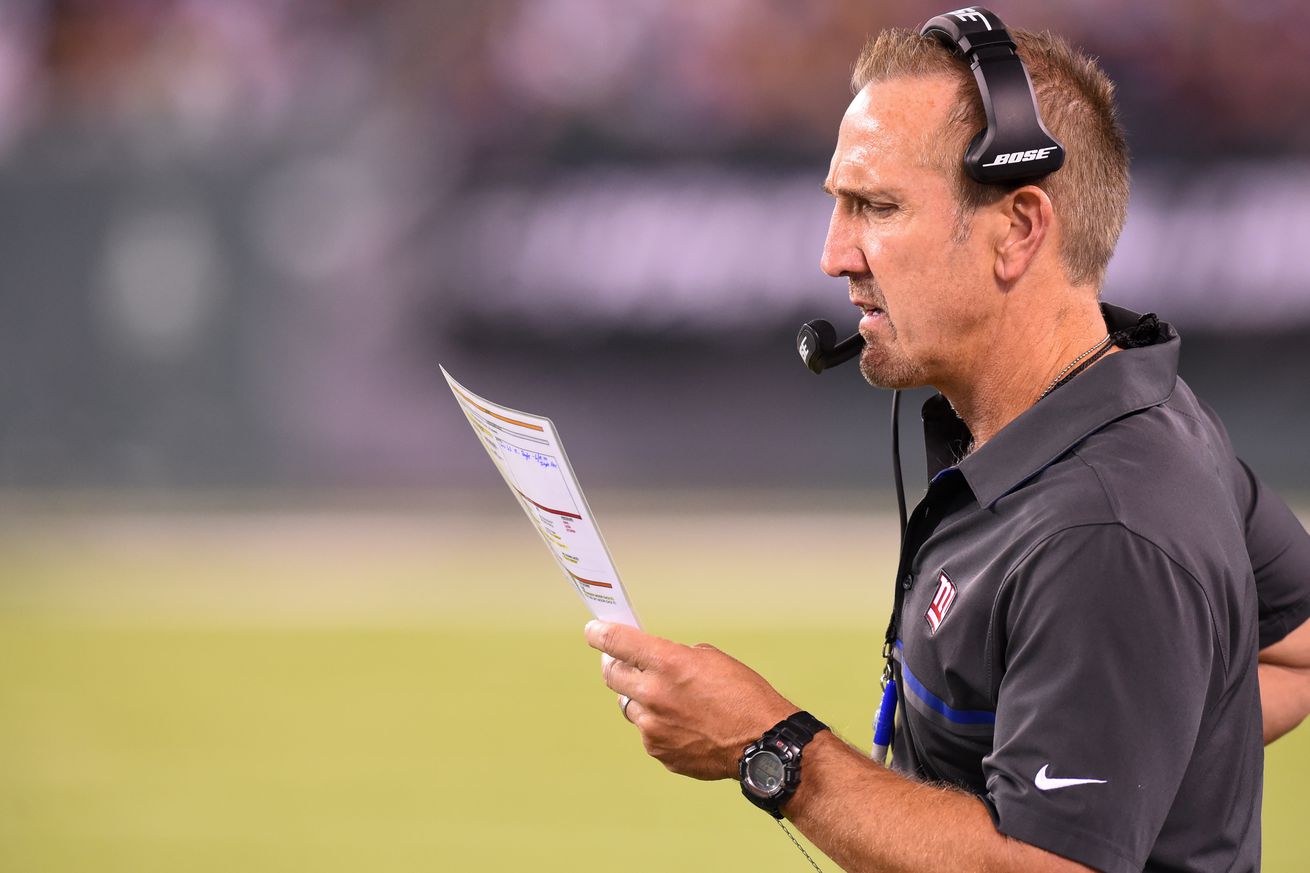 New York Giants infused their defense, worst in the league last season, with more than $200 million free-agent talent in the offseason, along with first-round pick Eli Apple. That has led to a turnaround that has the Giants ranked No. 2 in the league in points allowed.

“I have been in it long enough to know that it is not one person that makes it happen, you have to have good players. I will tell you what, and I do want to say this – the guys, in my opinion, that get lost in this whole thing are our Assistant Coaches on defense,” Spagnuolo said. “The players go out and play, and one person who happens to be the coordinator, gets some credit. Look, our assistant coaches that we have on defense have done as good a job as anybody I have been around, with all the things that you are talking about; new players coming in within a certain group, making them gel, you have a young guy and an older guy, you have a guy that knows the system and a guy that hasn’t been exposed to the system, and I have sat back many times during the season and just let the assistant coaches go and that has been a joy.

“I told them a couple weeks ago in front of the group that one of the joys that I have had this year is being able to step back and watch them gel with their coaches, and just player to player, and when you can start to do that, that is when it really works. So this is really not about me, it is about a bunch of guys coming together as a unit and playing as a team.”

Here are more takeaways from Spagnuolo’s Thursday meeting with the media.

“ ... he is as effective getting out of the pocket as he is hanging in there. The one thing that he does a great job of is, I think, he purposely extends the downs sometimes because I think he knows that his receivers can get open eventually and then it ends up being a big play. I think that sometimes he just says, ‘Hey, I am going to let this down go a ways.’ He knows that he can get himself in and out of trouble. Very rarely does he get tackled, or get put in a tough situation, and it makes it tough on the guys in the back end.”

On whether Rodgers’ escapability limits the chance to rush the passer ...

“If you let it, yeah, he will. You have to be a little bit more disciplined. I don’t think that you can turn guys loose like you can do with some quarterbacks and we are hoping to do that. Look, there are going to be downs where we are going to have to say, ‘Look, you just have to go get him. Find a way to get him and let somebody else rally from behind you.’ Pat Graham and Z (Jeff Zgonina) have been trying to piece all of that together. One of the things that we do talk about is that Aaron Rodgers is one of the elite and in some regard, you are not going to change that. What you have to do is try to affect the other 10 and that is what we are going to try to do during the game.”