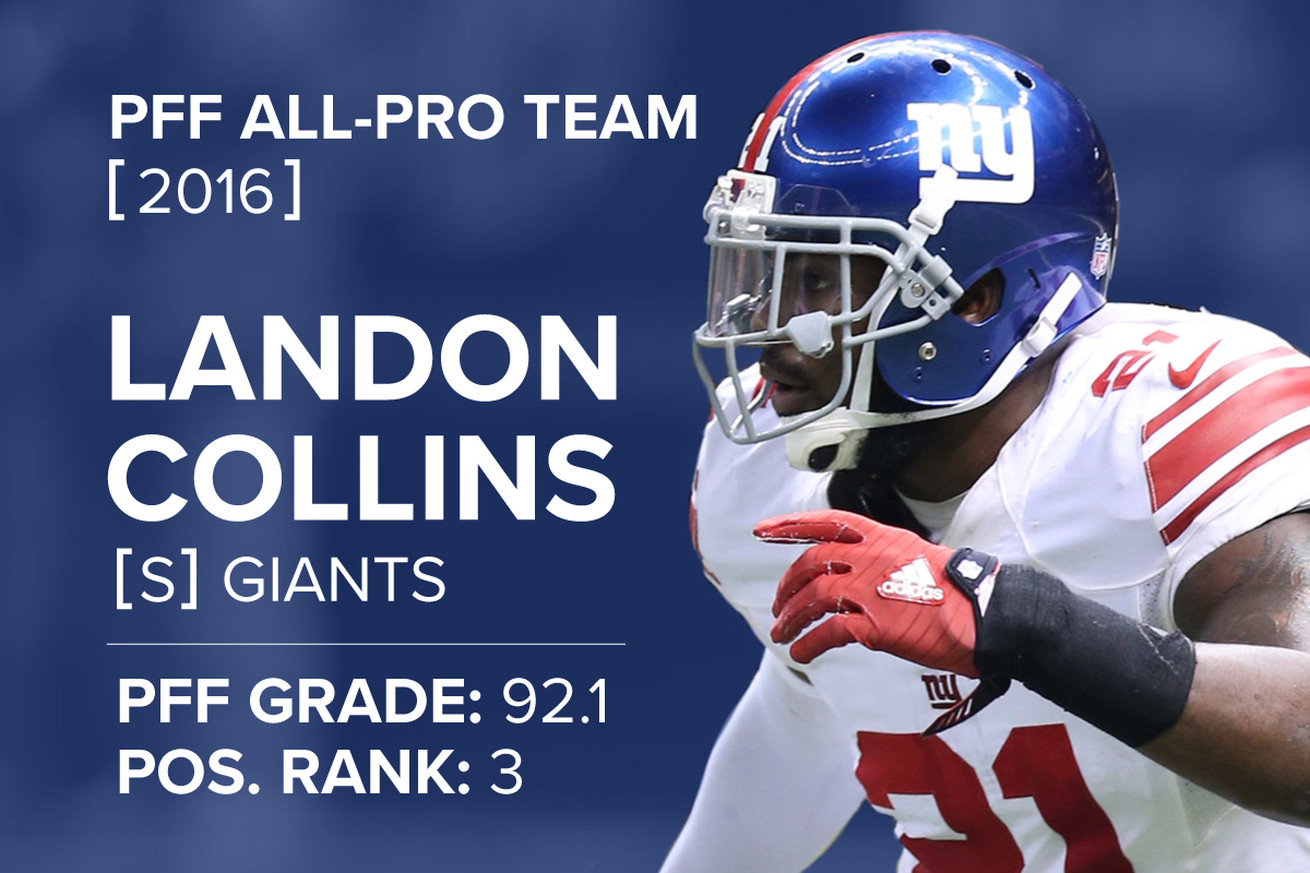 The New York Giants are well-represented on the 2016 Pro Football Focus All-Pro Team. Safety Landon Collins is the Giants’ only first-team selection, but wide receiver Odell Beckham Jr., defensive tackle Damon Harrison, and cornerbacks Janoris Jenkins and Dominique Rodgers-Cromartie were all named to the second team.

“What a transformation for Landon Collins in year two. The move to strong safety closer to the line transformed him from a rookie second-round bust to a legitimate Defensive Player of the Year candidate. Collins was all over the field for the Giants this season, leading all safeties in defensive stops, with 46 (eight more than the next player), and recording five interceptions and five pass breakups.”

“Damon Harrison’s performance in the run game is the stuff of legend. He posted 10 more run stops than any other defensive tackle; only six of his peers came within half of his total of 49.”

PFF also said that Jenkins “put together the best season of his career.”

All of these players are deserving. Harrison was not named to the Pro Bowl, a snub probably based on the fact that he does the dirty work against the run not the glorious, noticeable work of rushing the passer.

DRC deservedly made the squad here based on the new “defensive back” designation.

These, by the way, are not the official All-Pro designations but they give us an idea which Giants might be in line for postseason honors.