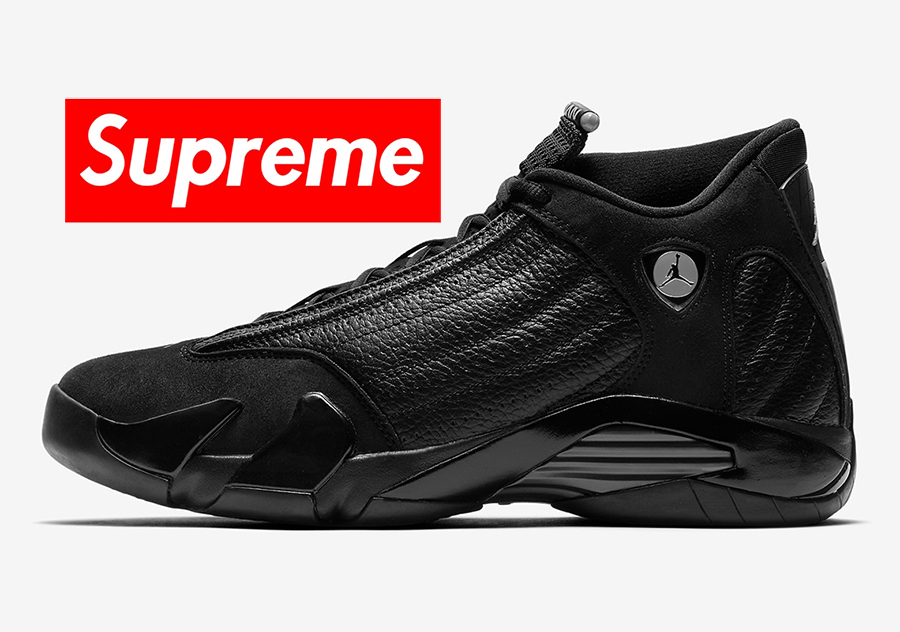 Supreme is linking up with Jordan Brand again and this time around they will release two colorways of the Air Jordan 14.

The last time Supreme and Jordan Brand collaborated was in 2015 and the two released three colorways of the Air Jordan 5.

Currently we don’t know the specific colors used nor have any images leaked. But what we can expect is a limited release and co-branding from Supreme and Jordan Brand.

At the time of writing, the Supreme x Air Jordan 14 is currently on the production line a Nike Factory, however a release isn’t expected to take place until Fall or Winter 2019. Once we have more information and a first look, we will make sure to update.