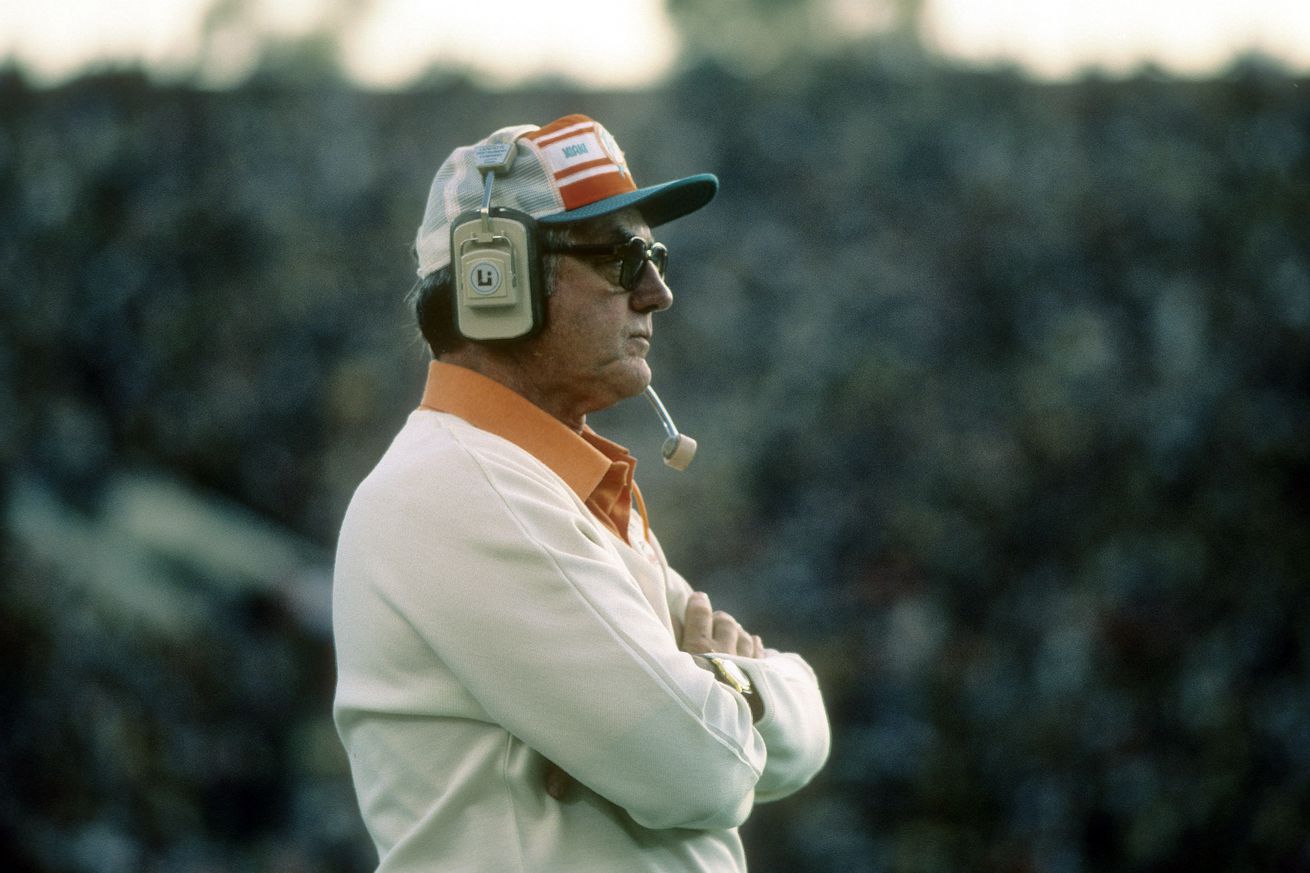 Photo by Focus on Sport/Getty Images

The legendary coach’s posthumous award was bestowed by the Pro Football Writers of America.

Bill Arnsparger is one of the most important coaches in the storied history of the Miami Dolphins franchise. This week, he was posthumous recognized as the co-recipient of the Pro Football Writers of America annual Paul “Dr. Z” Zimmerman Award for lifetime achievement as an Nfl Assistant Coach. Long-time defensive coordinator Romeo Crennel was the other recipient.

Bayern coach Flick bemoans lack of fa…
Cat Coronavirus Diary – Day 11
How to Set a Deadline and Achieve You…
Can CBD Be Used to Fight Coronavirus …
Exhibit D: Lipstick and rifles--Ukra…

From 1970-1973, Arnsparger helmed the famous “No-Name Defense” that helped motor the Dolphins to the team’s unparalleled perfect season in 1972 and a second straight Super Bowl victory in 1973. Following a brief tenure as the head coach of the New York Giants, he rejoined the Dolphins as assistant head coach and defensive coordinator from 1976-1983. Though Don Shula deservedly gets a great deal of the credit for Miami’s historic success in the 1970s and 1980s, Arnsparger was a key architect behind some ferocious defenses heralded by several players who’ve since become Dolphins legends. The team’s “No-Name Defense” of the ‘70s included Pro Bowlers such as Dick Anderson and Bill Stanfill. Miami’s “Killer B’s” defense of the early ‘80s included stalwarts like Kim Bokamper and Bob Brudzinski.

In 1982, the aforementioned “Killer B’s” defense held five of Miami’s nine opponents (the season was shortened due to a strike) to 14 or fewer points, and Miami reached Super Bowl XVII that postseason. Though the team eventually lost the title game to the Washington Redskins, Arnsparger has two Super Bowl Championships to his name and is widely recognized as one of the game’s greats.

Dick LeBeau, Dante Scarnecchia, Tom Moore, Wade Phillips, and Mike Westhoff are just a few of the other legends to have received the Pro Football Writers of America annual Paul “Dr. Z” Zimmerman Award for lifetime achievement as an NFL assistant coach.