Brian Flores has a fan in Josh Rosen 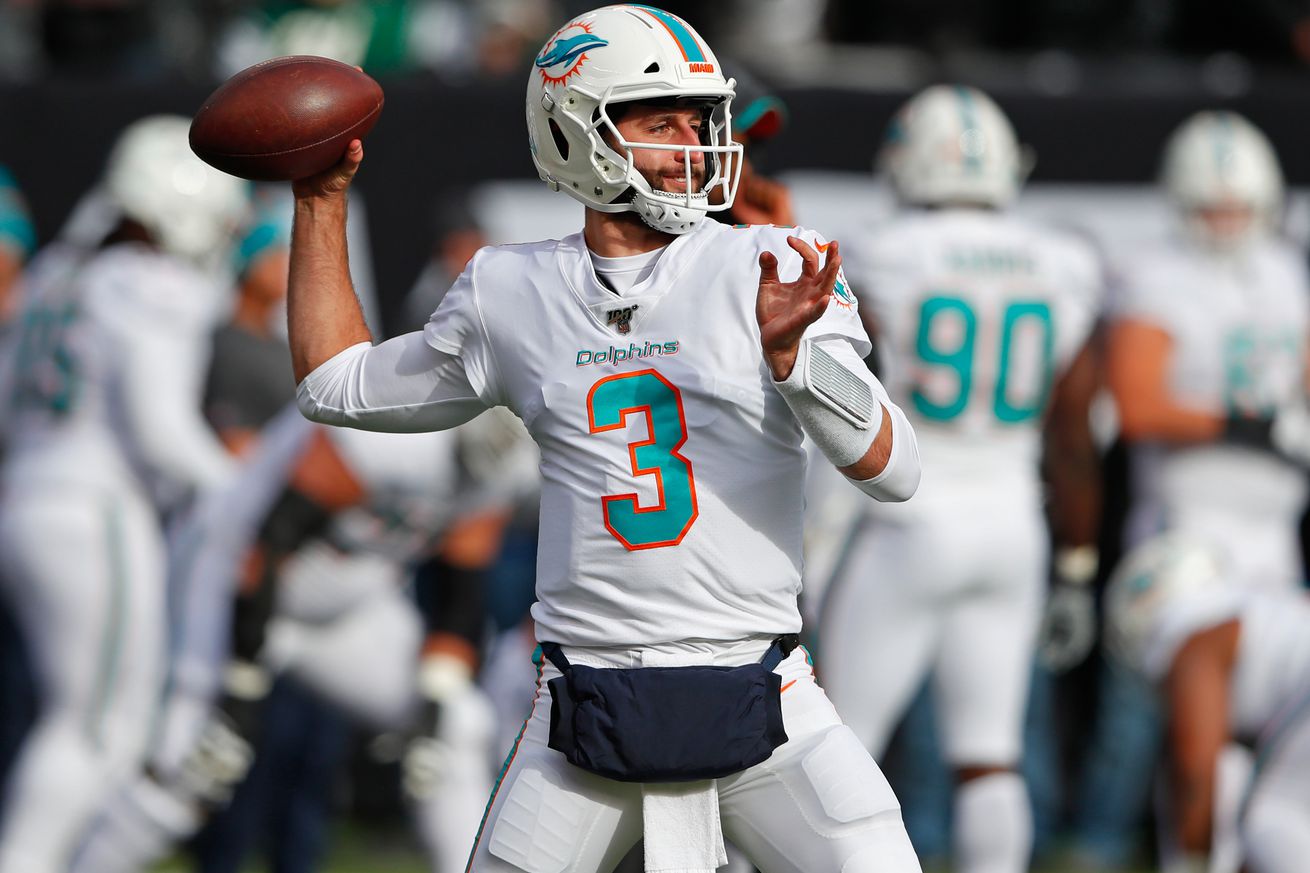 No matter what side of the fence you’re on, players and executives are happy with how the Dolphins performed in their first season under coach Brian Flores.

This includes players who may not have necessarily had the best of seasons, specifically Josh Rosen. The Athletic’s Jay Glazer recently published a mailbag featuring some interesting notes about Rosen’s opinion of the former defensive coordinator.

“[Rosen] came out to our Bellator fight to benefit our Merging Vets and Players charity in Los Angeles the week before the Super Bowl,” Glazer wrote. “In between fights we were talking about his year and despite him not starting for the Dolphins last year, he could not stop raving about Brian Flores.

“I was surprised because usually a guy who’s not starting would want to get out. He loves Brian Flores. He loves the direction of the team.”

Miami’s 2019 season was off to a historically awful start and some debated if it was the worst team in NFL history.

Dropped passes by receivers didn’t help his case, but Rosen was a large factor to that slow start. The second-year quarterback went winless in three starts and finished the season with a 53 percent completion percentage, one touchdown and five interceptions, all while being sacked 16 times.

For a player to have a rough season and still rave about a coach speaks volumes, especially when Rosen could have voiced his displeasure of being benched after being named the starter for the rest of the season.

After the rocky start, the Dolphins clawed out of the bottom of the NFL and closed the season with a record of 5-11. The five-win season did throw a bit of a wrench into Miami’s plans to secure the best quarterback in the 2020 draft, but having the right guy leading the ship is arguably just as important as having the right guy under center.

While the jury is still out on if Brian Flores will be the coach to lead the Miami Dolphins to their first playoff win since 2000, he has earned praise from players and coaches around the league for making the most out of a roster with minimal talent.

Brian Flores has a fan in Josh Rosen