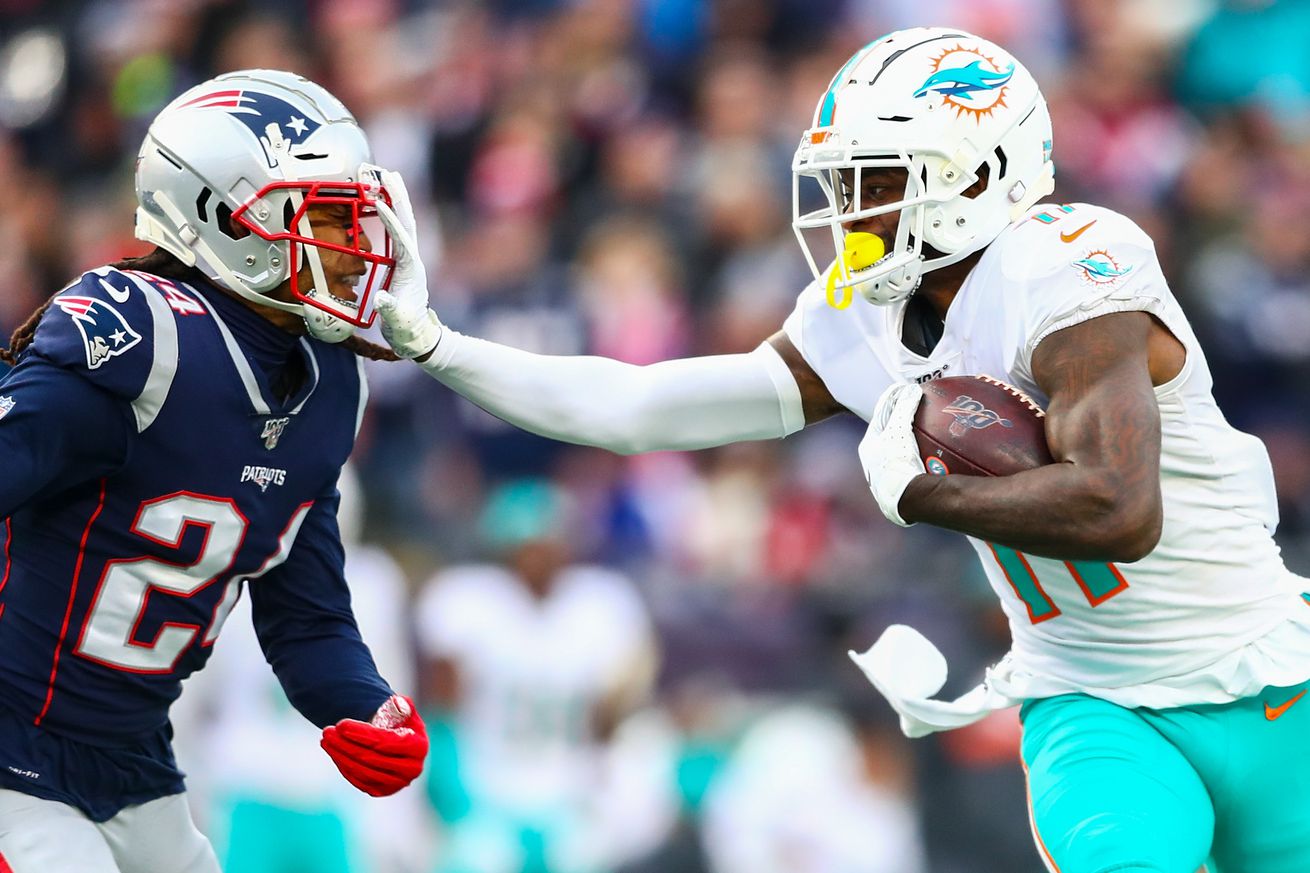 Yesterday was fun, wasn’t it?

After a disappointing 0-7 start to the NFL season, 2019 can only be described as one word: unpredictable. But that’s not necessarily a bad thing. After all, 2019 was one of the most unique seasons I can remember as a Dolphins fan. And whether you were team tank from the beginning or truly believed every win counts, what happened on Sunday brought the entire fan base together.

Not only did this victory have zero NFL draft implications—as the Dolphins are locked in to the #5 spot- but it prevented the evil empire in New England from acquiring home-field advantage throughout the playoffs.

Yes, many people played a large part in Sunday’s victory. But no one was more impressive than DeVante Parker, who recorded 8 receptions for 137 yards. (7 of those receptions came against arguably the best defensive back in football)

“It is a lot of fun. You know, we were able to go out there and prove everyone wrong. We just came out and fought hard. We just have to come out next year and play every game hard.”

Parker was being a bit modest with his post-game comments. But Dolphins QB Ryan Fitzpatrick wasn’t shy in praising his playmaking WR for his remarkable performance vs New England.

“Well, you know, Steph is a special player and has been all year and has been for years now. For us and for me as a quarterback, I’m always going to rely on my playmakers, and DeVante’s been that guy all year long. There were a couple that maybe I didn’t get in there, make the throw or Steph did a good job with. But I wasn’t going to shy away from a matchup – not because I don’t respect the other guy but because I have that much confidence in our guy. DeVante really stepped up big today.”

Parker’s impressive performance could’ve put a damper on Stephon Gilmore’s Defensive Player of the Year campaign, but it shouldn’t. Truth is, Parker has been doing this to every DB that lined up opposite of him this season. Gilmore was just another victim of Parker’s rise to the top.

According to MiamiDolphins.com post-game notes, Parker had a history-making day.

If 2019 was any indication, Parker could be on the verge of becoming one of the league’s top wide receivers. And for a guy that at one point was considered to be a bust by many fans and experts alike, his newfound stardom is exactly what the Dolphins need.

Here’s a look at his impressive 8 reception, 137 yard performance vs New England

#dolphins WR devante parker caught 8/11 targets for 137 yards vs new england. most impressive, 7 of those receptions came against 'tHe bEsT cB iN fOoTbAlL'. DVP finished 2019 with 72 receptions, 1,202 yards, and 9 touchdowns

here's a look at his big game vs the patriots. #finsup pic.twitter.com/7UoIx6PNhp

This article was written by Josh Houtz (@houtz)