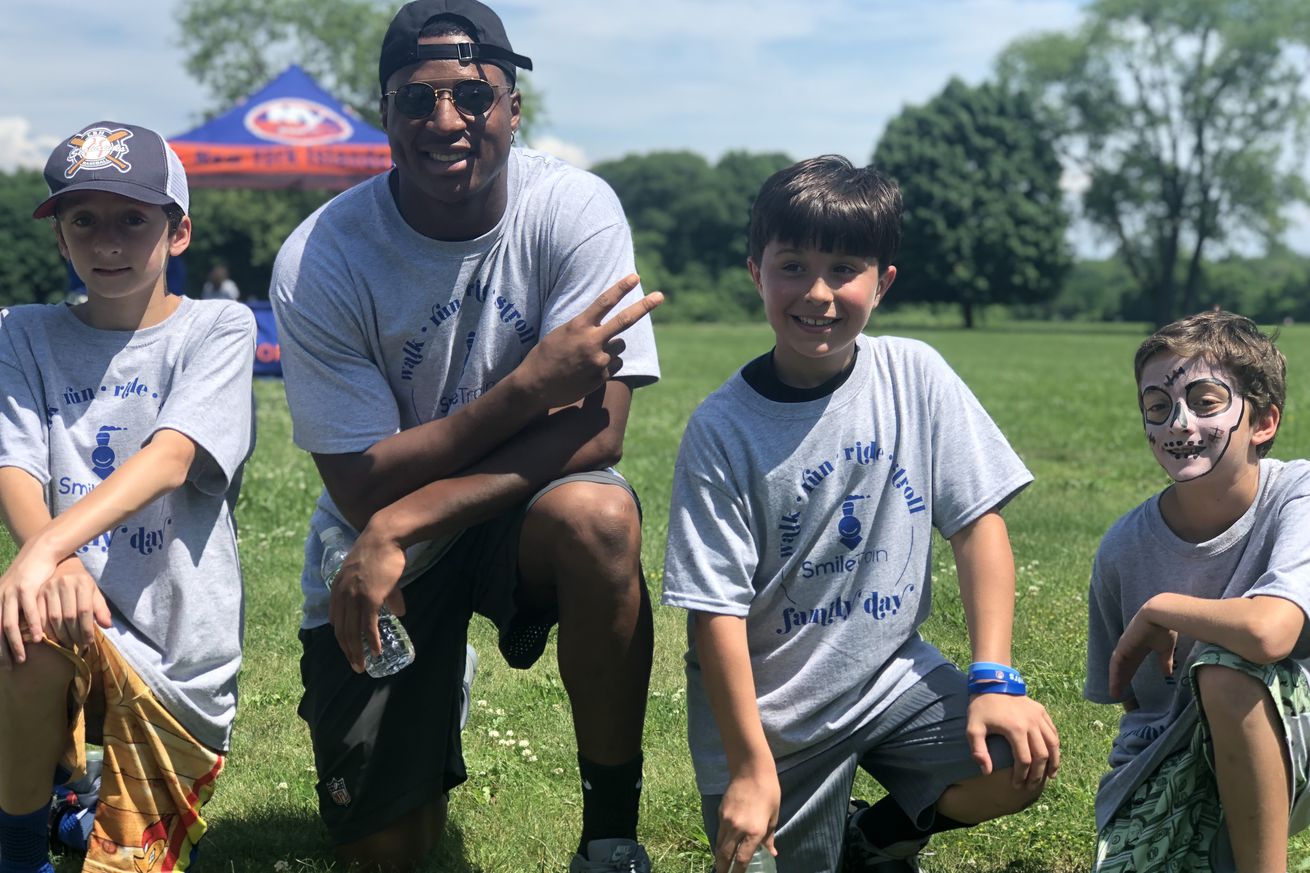 Earlier this month, Miami Dolphins running back Kenyan Drake hosted a Family Day for Smile Train, a non-profit organization looking to raise awareness and funding for cleft issues among the 170,000+ children who are born with such issues every year. Drake was kind enough to speak with me about the event, and about the Dolphins.

What do you expect from yourself this season as you enter your first year as the incumbent starter?

I definitely understand the opportunity at hand; I think I’ve worked diligently to acclimate and improve over the last two seasons, so now in this year I know I have to let it all come together. I’m really embracing the opportunity and the challenges that come along with it.

With the addition of Frank Gore and Kalen Ballage, what should Dolphins fans expect from the running game in 2018?

Well with a veteran like Frank Gore, you definitely get immediate knowledge and experience. His experience over the years is just unbelievable so having that is always a huge plus. Kalen is explosive… I like how diverse this group is and I think fans are in for something special.

What should we expect from the offense in 2018 with the return of Ryan Tannehill?

Obviously getting your leader back is huge, you can tell he really attacked his rehab like a true professional. He looks sharp, I know everyone knows that – the media and social media has been real complimentary of how great he’s looked during OTA’s. Just having that leadership back in that role will be huge, can pick back up where we left off.

How did you receive the news last year that the Dolphins were trading Jay Ajayi to the Philadelphia Eagles? What was your reaction?

Well if there’s one thing you’ll learn in the NFL is that it’s a business – a lot like most jobs. So obviously Jay and I were / continue to be very close, but just have to process things like that with a business mentality.

Then Damien Williams was injured and what was assumed to be a “running-back-by-committee” situation became the Kenyan Drake show; you clearly were ready for that role. What was it like being thrust from a depth player who had seen just four carries in the first six games to being a guy topping 20 carries and being the focal point of the ground game?

Every year, the discussion is about what each player needs to work on in the offseason. What was the one area you wanted to improve in your game coming into this season?

With two years under my belt I just got a good feel for the adjustments I needed to make this offseason – working on overall conditioning, lifting, physicality. A little bit of everything, just fine tuning things as much as possible.

You are hosted a Smile Train Family Day on June 2 at Caumsett State Park in Lloyd Harbor. What can you tell us about this event, and how did you get involved with Smile Train?

Smile Train is the world’s largest cleft charity. Most children with untreated clefts cannot eat or speak properly and aren’t allowed to attend school or hold a job. Since 1999 Smile Train has helped more than one million children receive 100%-free cleft repair surgery, thus changing their lives forever. This year is the 2nd annual Long Island Family Fun Day. At last year’s event, Smile Train was able to raise enough for 28 cleft repair surgeries and this year we are hoping to raise the bar to 80 cleft surgeries. My partnership with Smile Train is pretty new, but I am looking forward to continuing to work with them, and helping them change the world one smile at a time! For more information please visit smiletrain.org