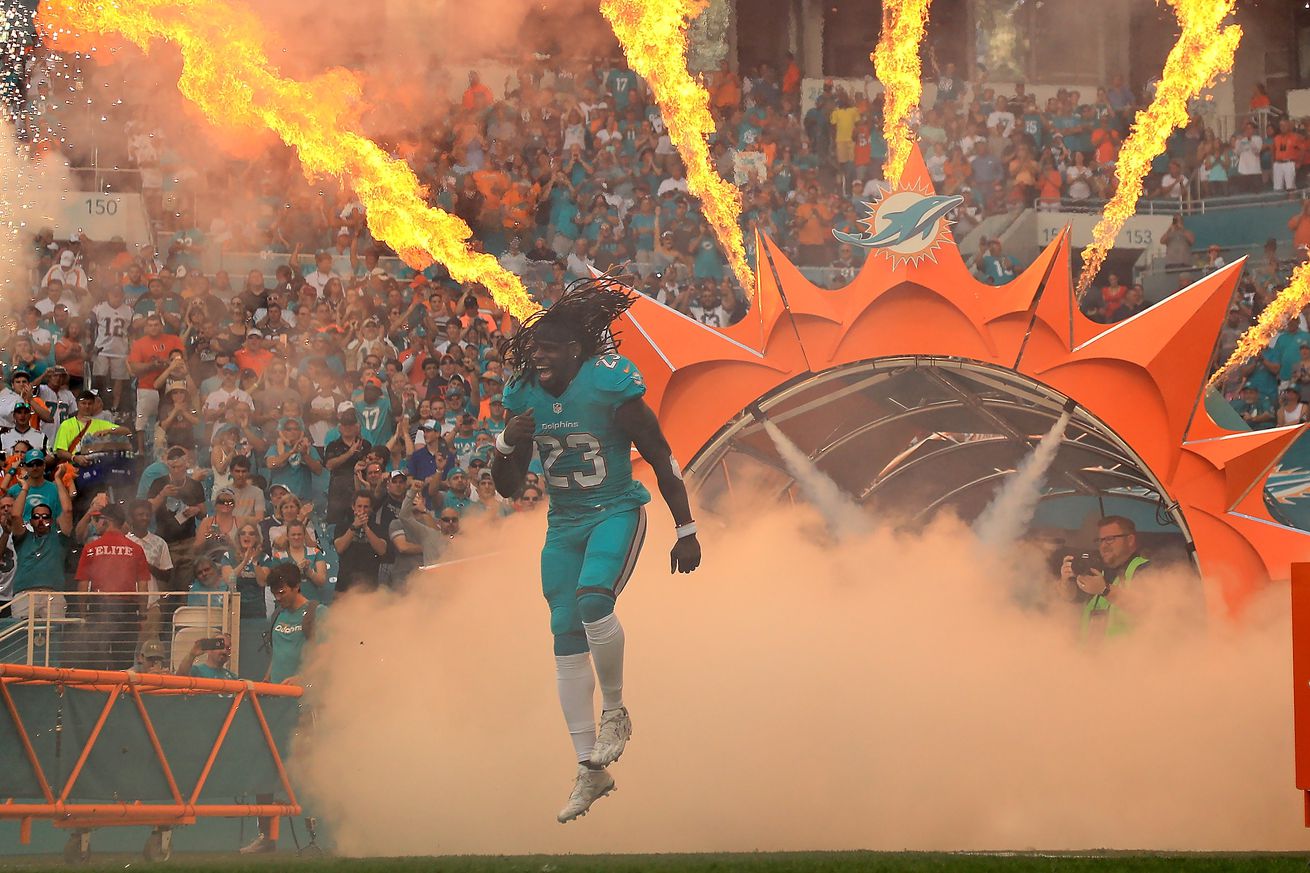 Maybe we’re smarter than we think.

Last year, before free agency and the draft, I wrote one of my first articles as a contributing Phinsider member. The topic at the time was Adam Gase and how his staff was going to, first things first, determine what the Miami Dolphins currently had on our roster. I thought it was prudent to have the parallel conversation with my Phinsiders as Gase was having with his staff.

This was before we knew what would happen with Lamar Miller.

This was before we traded for Byron Maxwell (and Kiko Alonso).

At the time, the Miami Dolphins were the 2nd youngest team in the entire NFL! (This might still be true, I just don’t know for sure.) There were plenty of choices: Tony Lippett, Michael Thomas, Jake Stoneburner, Jay Ajayi, Mike Hull, Neville Hewitt, etc.

Of all the choices on the roster, 2 names stood out, and I want to make sure I give the proper respect to all the Phinsiders who voted on this poll that had over 2,100 votes:

76% of Phinsider Nation chose either Tony Lippett or Jay Ajayi.

How impressive is that?

Jay Ajayi hadn’t even had enough snaps to garner a rating by PFF (although if he did, it would’ve been high). However, I’d argue that most Dolphins fans were Hellbent on keeping Lamar Miller when this poll was taken. I don’t think Dolphins fans anticipated losing Olivier Vernon AND Lamar Miller - it was deemed an either/or situation for the most part. Jay Ajayi took over RB #1 Week 6 at Pittsburgh, and if he maintained the same 11-week pace throughout the entire season, would’ve led the NFL in rushing and not behind the Cowboys’ OL.

Tony Lippett participated in 137 snaps in 2015. We saw flashes, but there was no way to predict his maturation process during the 2016 NFL season. Lippett seized the opportunities he was afforded in 2016, and the moment never seemed too big for him. Despite trading for Byron Maxwell and drafting Xavien Howard, Tony Lippett emerged as a vital component of the secondary and led the team in INT’s. Having one of the tallest CB’s in the NFL play at such a high level is a blessing as WR’s continue to get taller and bigger.

A tip of my hat to all of my fellow Phinsiders on reading between the lines and seeing the talent on the roster. I’m...(tear)...very...(tear)...proud to be a Phinsider. But a bigger kudos to Jay Ajayi and Tony Lippett - it’s these types of players that turn average teams into Playoff teams.

Click on the hyperlink above and just basque in the insight that all of us Phinsiders exude. Some of the comments were just downright scary in their predictability. (I know this might not happen too often so appreciate it while we have it, LOL).