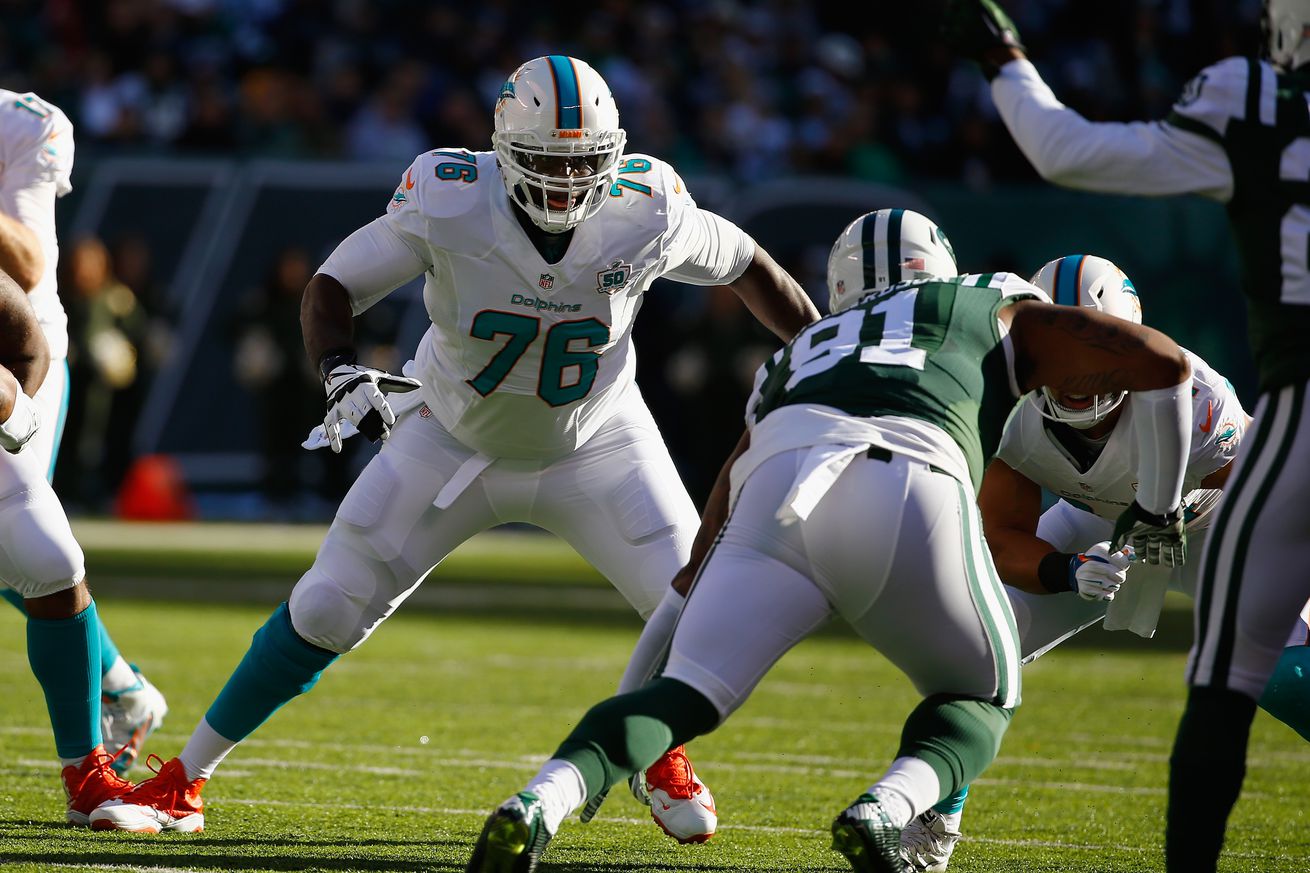 Let’s take a look at 3 of the most important battles, individual and team-wide, at determining the outcome of this week’s game.

Reasons to be scared about a Miami Dolphins game:

As of this writing, the Dolphins are 3.5 point favorites at most sportsbooks, and the New York Jets have not resembled the 2015 team that was one epic 4th quarter meltdown away from the Playoffs. We’re coming in with 2 high quality wins against the Pittsburgh Steelers and the Buffalo Bills, while also having the competitive advantage of having a bye while the Jets did not.

But doesn’t all of this add up to pain, misery, and binge drinking to forget? When the stars are aligned for the Dolphins, that’s when a black hole opens up and swallows our hopes whole like an anaconda.

The saving grace going into this uber-important and “must-win” game is the message that Adam Gase sent to his men before the bye. During one of his press conferences:

“The thing that today proved to a lot of our guys, and a lot of our coaches, is what you possibly could be,” Gase said in quiet tones that had the TV guys in the back of the room turning up their audio. “But this league’s week-to-week. What we do today has no merit on what we’re going to do next Sunday. Nobody will care. Once we hit next Sunday, no one’s going to care what we did this week.“So we have to go back to work. We’re 0-0 again on Monday, and then we’re going to get ready for the next game.”

That’s the message we needed to hear: we still haven’t done s*** yet.

Brandon Marshall went ballistic on us last year, going for 16 receptions, 259 yards, and 2 TD’s in the 2 games. We’ve improved the size and length of the secondary, so it’ll be telling if our CB’s will have more success against the former Dolphin than Brent Grimes, who struggled with bigger WR’s in 2015. Lippett and Maxwell have had their ups and downs this season, and it’s unknown at this point who will line up more against Marshall.

If we are able to defend Marshall well, it’ll force Fitzpatrick to go through more progressions; if the front 4 continues to get a quality push, then I believe we’ll be able to force Fitzpatrick into some mistakes. The Jets have the worst turnover differential in the league - I know other teams got to them first, but I’ll take sloppy seconds if it means we get in on some of that action, too. In case you haven’t heard, turnovers determine games.

2) Ryan Tannehill Vs. The Jets Secondary

This one isn’t rocket science. The Jets have the worst ranked pass defense in the NFL. All eyes will be on Jay Ajayi, and he will certainly play a significant role. Yet, this game is likely won or lost on the play of Ryan Tannehill. Will we see Ryan Tannehill’s killer instinct or will we be face palming ourselves?

The Miami Dolphins record with Branden Albert, Mike Pouncey, and Ja’Wuan James starting in the same game is 8-1. We’ve seen what this OL could do in Week 6 and 7, and specifically in the Buffalo game, we faced our Kryptonite and defeated it. The Jets are a close 2nd in the Kryptonite category, and I reasonably suspicion that the OL has embraced the challenge and welcomes it. I don’t think there’s any question the OL wants to go for history.

Yet, the Jets still have a very formidable DL. Balance is crucial on offense, and we cannot achieve that if we succumb to the play-calling of 2015, where we ran the ball a total of 20 times in 2 games against the Jets. The Jets have proved to not be able to stop the pass; if we can establish the run, then they won’t be able to stop whatever we do.

It’s been awhile since we’ve matched up with the Jets in the trenches, and I think this particular match-up is important for this game, but also important for our identity as we proceed through the regular season.

What key match-ups do you see Phinsider Nation? Let’s hear it in the Comments!

Search engine optimization and web development have roles in the medical field? Let’s have a look!