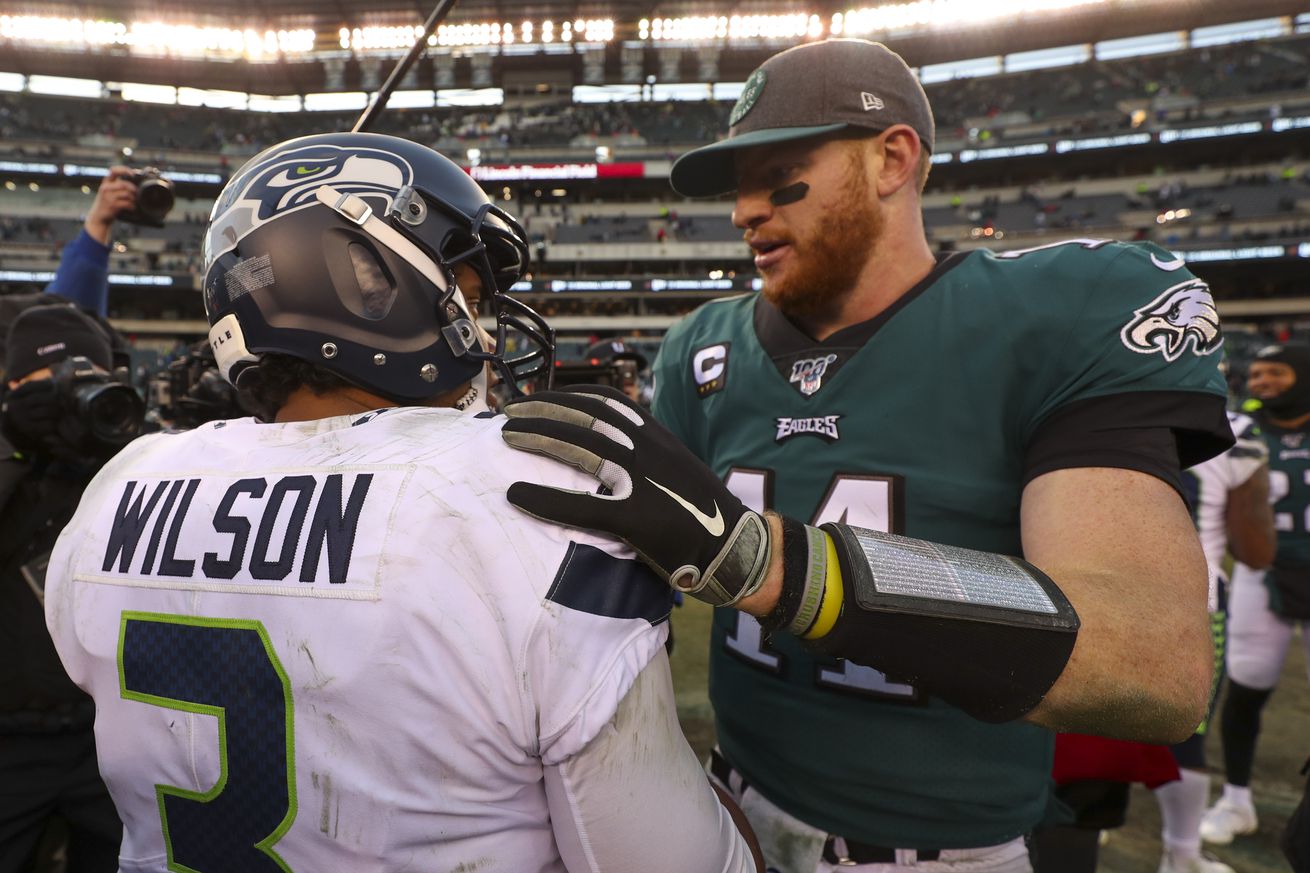 The Playoff schedule is officially here.

The 49ers Beat Seattle on Sunday Night Football to clinch the NFC West and the No. 1 seed. They’ve looked pretty great all season long.

The were down 14-0 to the David Blough Detroit Lions before ultimately coming back to win by a field goal. Aaron Rodgers is always a threat but he looked pretty bad in Week 17. The Packers aren’t so scary. Did you know they finished the regular season with the NFL’s weakest strength of schedule?

The Saints might be the scariest team in the conference, especially when they’re playing at home. It’s good to see they didn’t get a first-round bye. Instead, they’ll host Minnesota in the wild card round.

The Eagles looked hopeless after losing to the Miami Dolphins and dropping to 5-7. Then they won four in a row to clinch the NFC East despite suffering a myriad of key injuries along the way. And now they’ll host Seattle for the second time this season. Philadelphia previously lost to Seattle back in Week 12. The Eagles have never beaten Russell Wilson.

The Seahawks had a chance at a top two seed but they blew it with a home loss to San Fran. They literally came up an inch short. Now they’ll have to travel to Philly.

The Vikings rested some starters in Week 17 since they were locked in to the No. 6 seed. They have a tough task ahead of them when it comes to trying to win in the Superdome. It’s good for the Eagles that one of either New Orleans or Minny will be eliminated after the wild card round since they’ve had problems with both of those teams.

The Ravens rested their starters and still decisively beat a Pittsburgh Steelers team that was playing for a playoff spot. With projected NFL MVP Lamar Jackson leading the way, this team should be considered the favorite to win the Super Bowl.

The Chiefs have won six straight heading into the playoffs. The Andy Reid and Patrick Mahomes combination is really dangerous ... even more so with a first-round bye.

The Patriots merely had to beat the Miami Dolphins to clinch the No. 2 seed. The Pats were 16.5-point home favorites ... and lost! Pretty embarrassing. Maybe the Pats won’t make it to the Super Bowl for once?!

The Texans always stand a chance with Deshaun Watson but they’re not really scaring anybody.

The Bills need to prove they’re not merely just a good regular season team that benefited from the league’s second easiest schedule. Can they win in Houston?

The Titans beat Houston’s backups to win a wild card spot and now they’ll have to play the Pats. Can’t rule out an upset after just watching the Pats lose to Miami.