Eagles open as slight favorites against Seahawks in wild card round 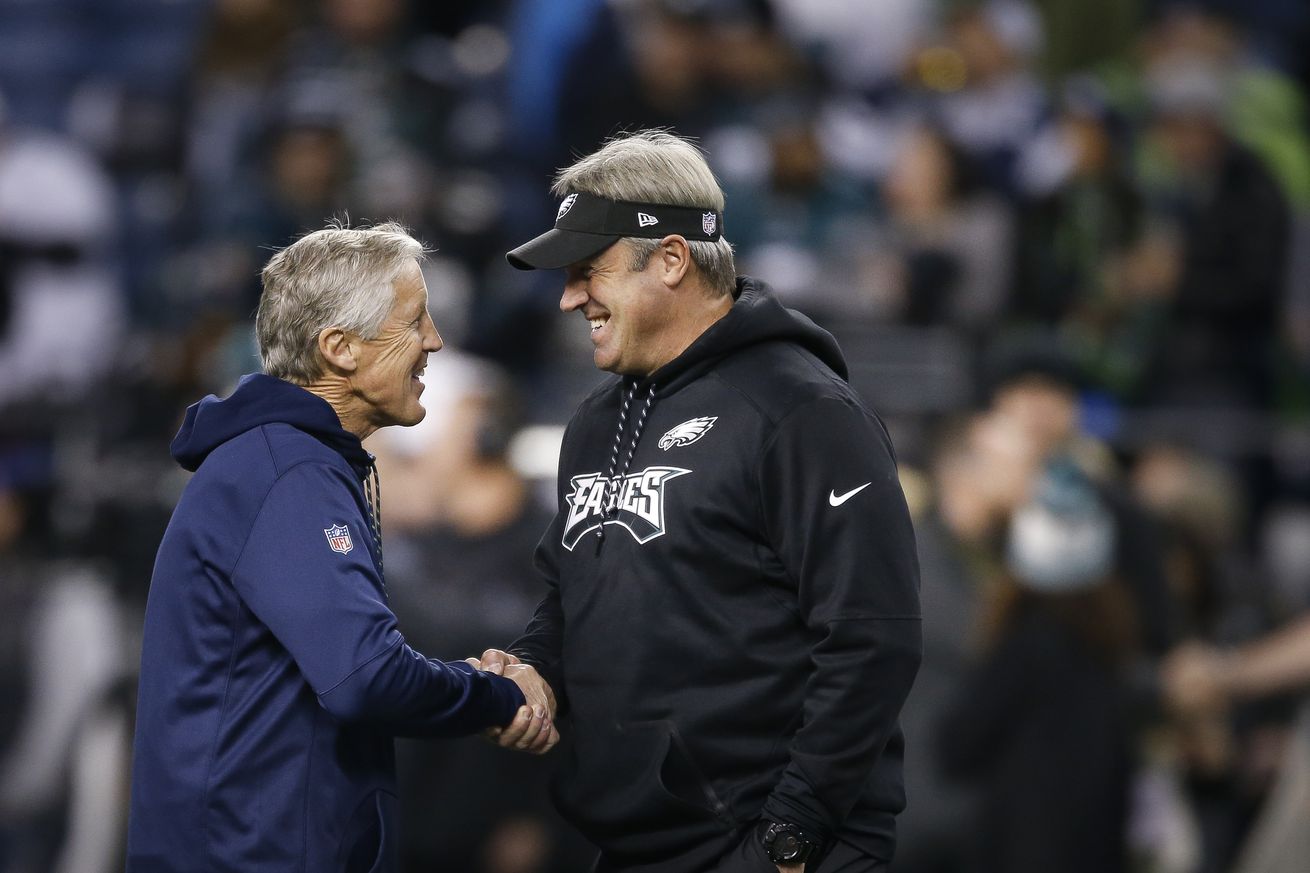 Not exactly a home underdog this time around.

The Philadelphia Eagles are set to host the Seattle Seahawks in the wild card round of the 2020 NFL playoffs this Sunday. Unlike the last time the Eagles played a home playoff game at Lincoln Financial Field, the Eagles aren’t underdogs this time around. Rather, the Eagles opened as one-point home favorites against the Seahawks, according to DraftKings Sportsbook.

The Eagles are the weakest favorites of the entire wild card round. The standard home team is typically favored by three points.

Being one-point favorites means the Eagles would actually be two-point underdogs on a neutral field.

The Eagles previously opened as three-point favorites when they hosted the Seahawks back in Week 12. Seattle went on to win that game, 17 to 9. The Eagles’ only touchdown came on garbage time in the final seconds of the contest.

A number of things have changed with the Eagles and Seahawks since they last played over a month ago on November 24. We’ll take a closer look at those differences leading up to this weekend’s game.

Philadelphia is certainly the hotter team, for whatever that’s worth. The Eagles riding a four-game winning streak into the postseason while Seattle is only 1-3 in their last four matchups.

The Eagles have never been able to beat Russell Wilson so they have their work cut out for them this week. It certainly doesn’t help that Philly is now dealing with even more critical injuries due to Brandon Brooks and Miles Sanders getting banged up in Week 17.

Still, it’s tough to count Doug Pederson’s team out. The players fight really hard for their head coach. And with Carson Wentz coming off a strong December, well, the Eagles can be counted on to put forth a strong effort playing at home.

QUAKE WARNING! - It's an App

Eagles open as slight favorites against Seahawks in wild card round