Predicting the Eagles’ starting secondary in 2019 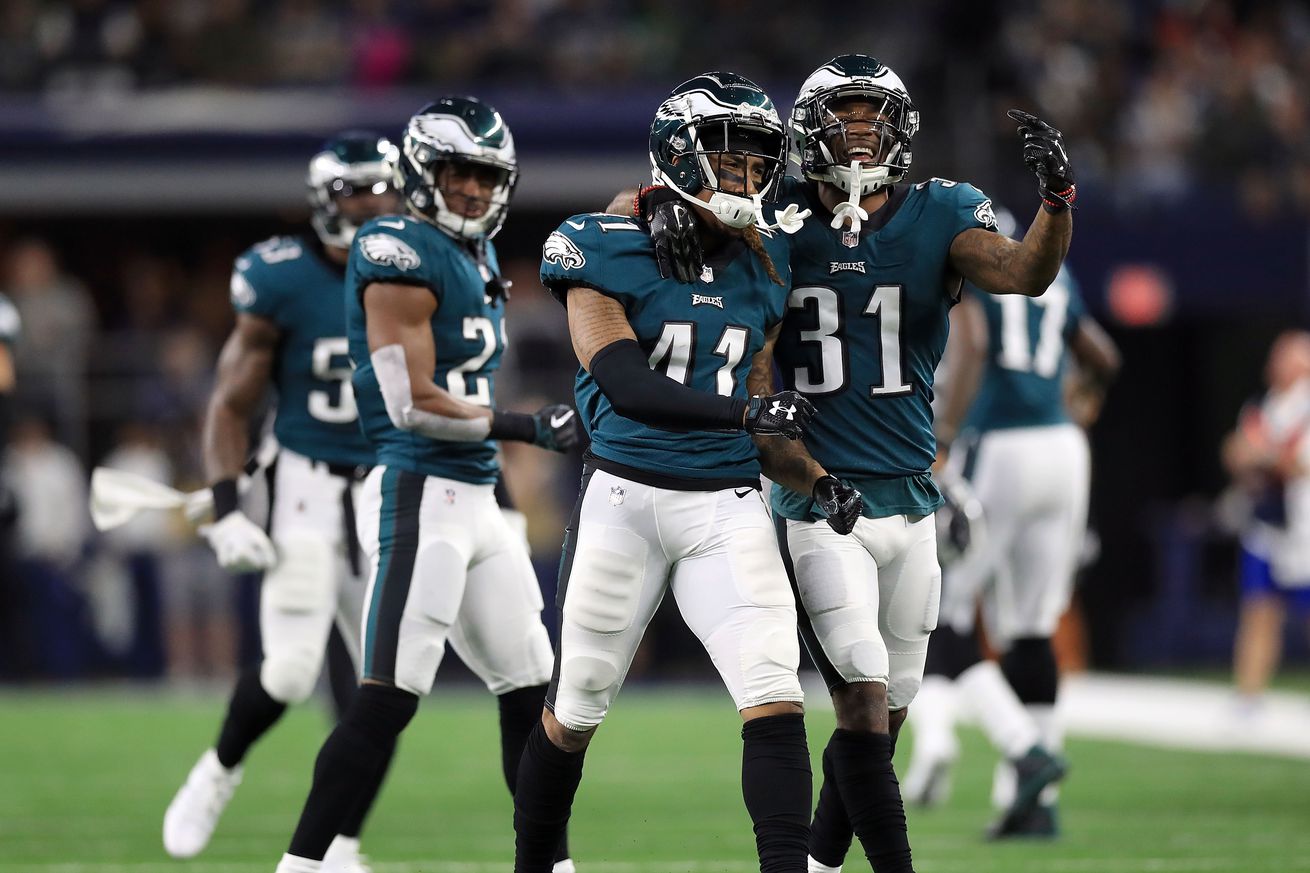 Predicting the Philadelphia Eagles’ opening day defensive back rotation coming into 2019 isn’t easy. There are murky details regarding injuries and a ton of young talent that has a ton to prove. It’s even harder to predict how the defensive back rotation will be by the end of the season. That’s why I asked Benjamin Solak to do both on The Kist & Solak Show #100!

Kiran SSC Math’s 8900+ Chapterwise PD…
Signs That You’re In A Healthy Love R…
Schema Markup, Types & Why is It Impo…
Things To Do In Copenhagen
Wanted man discovered living in Pilla…

We took a break from our Eye On the Enemy series to have a friendly conversation and celebrate the centennial episode, which led to the question about the defensive backfield. Malcolm Jenkins and Rodney McLeod were plugged in at safety, here’s how Ben broke down the rest:

Fascinated to see what happens with Sidney Jones. Would love for Sidney Jones to do a thing, but I’m just not going to put any eggs in that basket.”

The skepticism regarding Jones is fair. It’s also unfortunate for Jones because he flashed early in the season. From Weeks 1-3 he had a 74.0 overall grade from PFF (18th) and only allowed 0.41 yards per coverage snap (t-8th) and a 62.2 QB Rating when targeted (16th). Beyond the stats, he popped on film and made some excellent plays, so much to the point where I took the bait on it being his breakout season.

Can your nickel corner do this? pic.twitter.com/WNF3BQJfcM

That was followed by sloppy play and communication breakdowns against the Tennessee Titans in Week 4 and the hamstring being injured against the Minnesota Vikings in Week 5. After that, it’s easier to count the weeks he wasn’t officially listed on the injury report. And that’s the problem; while I find it hard to hold his drop off in play against him, he still needs to stay healthy. If he is, I believe he has a breakout season.

Dialing back to the Mills-Douglas situation, Ben pushed his chips to the middle of the table and it’s all on Rasul Douglas:

“... Douglas is going to get on the field and even if it’s not Mills - let’s say Darby goes down for four games - Douglas gets out there. Well when it’s time for Darby to come back, my hope and my expectation is that ‘Sul will be playing well enough in year three.. by year three if he gets a significant chunk of playing time.. the hope and my expectation is that he’s playing well enough that you have to question taking him off the field.

I don’t think the next time Douglas gets his hands on a starting job whether it’s out of camp or in injury reserve.. I don’t think he gives it up.”

QB Rating When Targeted (Divisional Round, Per PFF):

Worth noting how often the Eagles' DBs were influenced by routes in what would normally be a "No Cover Zone", perhaps due to it being Kamara. (3rd & 13) pic.twitter.com/GAMD65BSME

It’s a move I’ve been asking for since the early portions of 2018. Mills has gone from volatile to great for a playoff run to stinking out loud and finally to injured all within a years’ time. Anytime I post Mills’ analytics, there’s always one person shouting about “context”. Here’s all the context you need: he was one of the worst cornerbacks in the league last year on film and you won’t find a single analytical stat from a single analytical company that shines any kind of bright light on his season.

It’s time to stop fawning over how much Mills has outplayed his draft slot and it’s time for Jim Schwartz to let ‘Sul fly like a peacock.

The conversation on defensive backs starts at around 6:30 into The Kist & Solak Show #100. If you enjoy other discussions about Super Bowl contenders, dogs, literature, history.. the rest of the show should keep you entertained as well. Listen to it on the media player below or click here if the player doesn’t load. New to podcasts? Check out our guide on how to listen to BGN! FLY EAGLES FLY!

It's "The One About Nothing" as @MichaelKistNFL & @BenjaminSolak revive "Five Questions" to talk about the Eagles, the NFL, good doggos, literature, history, birthdays & more!https://t.co/8ESQeNeDrA

Predicting the Eagles’ starting secondary in 2019