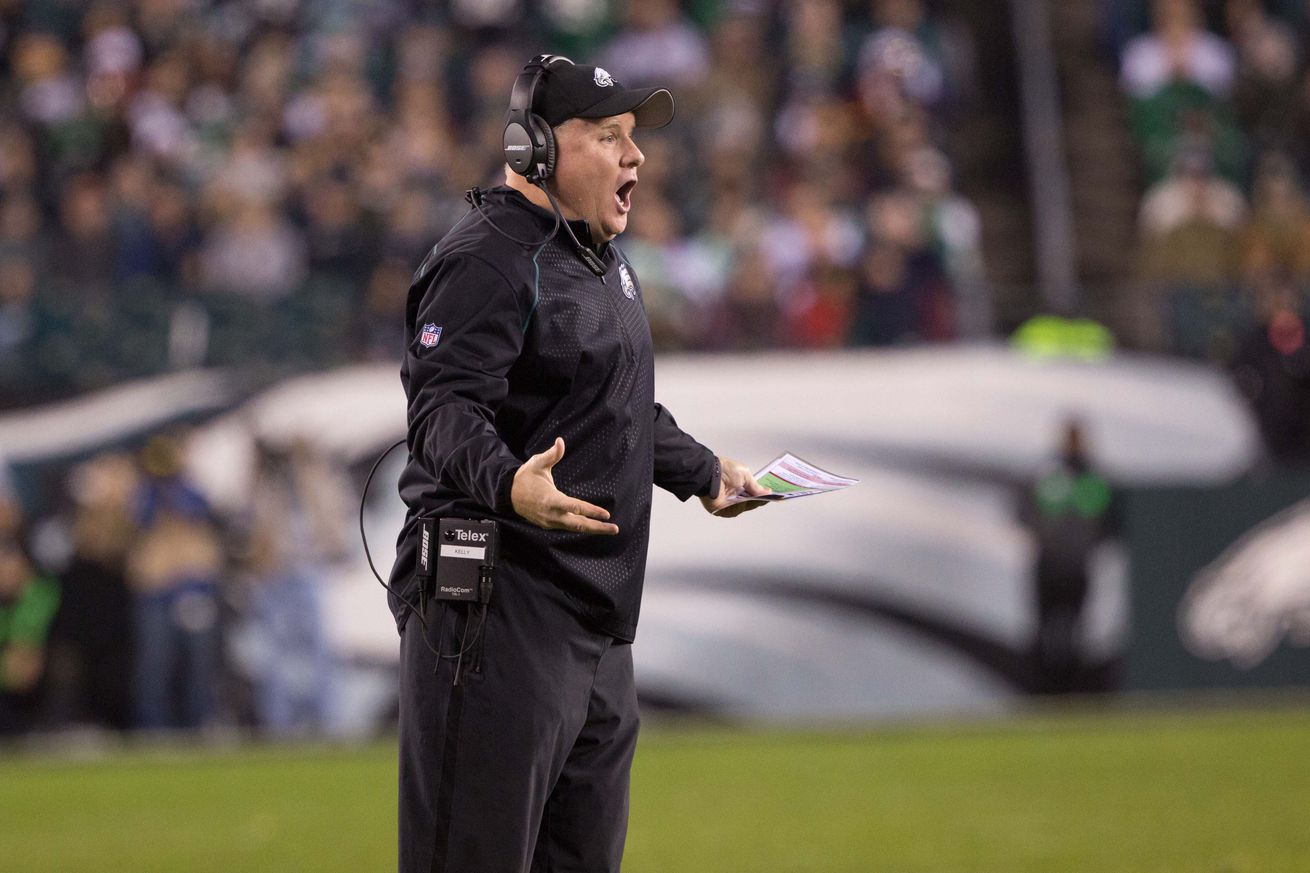 Philadelphia Eagles news and links for 4/5/16.

Coaches Mock Draft: Bottom 5 - NFL.com
"Chip Kelly, what he did in Philadelphia, deserves to be 35. No disrespect. But there’s only 32 [head coaches]."

Draft Daily Wake-Up Call: Ezekiel Elliott - Birds 24/7
Elliott seems much more likely to have the impact Gurley did compared to Gordon, but the question remains whether he’s good enough to justify a top-10 pick. Elliott has been an elite running back since high school, and he "will unquestionably be remembered as one of the all-time best backs in Ohio State history." His 6.7 career yards per carry is the best in Buckeye history, and his 3,961 rushing yards ranks second in school history. He also helped Ohio State win the national championship two years ago.

Grading Eagles free agency: 'Phase 2' - PhillyVoice
Randle has good size at 6'2, 208, and his numbers have generally gotten better as his career has progressed. However, he has also developed a reputation as a poor route runner, and was often blamed for some of Eli Manning's interceptions. With a contract of just over a $1 million (it can escalate to over $3 million with incentives), Randle comes to the Eagles on the cheap. While he has talent, the concern with Randle is that he can torpedo an entire game with one dumb (or lazy) play. That should be less of a concern for an Eagles team not expected to compete for a Super Bowl. They can take a look at Randle for a year, and see how he fits in with a new coaching staff, and a new offense.

OL Help - Iggles Blitz
Even if the Eagles add an OL with pick 8, they aren’t going to hand the LG job to anyone. They will let the players battle it out. Someone will emerge. Last year they did this at RG. The organization wanted Tobin to win the job (young, cheap player). He struggled while Gardner played well. They went with Gardner. If Wiz wins the competition, great. He’s got starting experience and has some talent. If not, he can be your backup C for the season. If he’s just terrible, you cut him and move on. Tobin’s career is on the line. He’s shown flashes of talent, but he’s going to really be challenged this year. Either the light goes on and he gets better or he’ll looking for work outside the football world.

Eagles draft targets at 8: Ronnie Stanley could jump start OL rebuild - CSN Philly
Despite relatively ordinary times in speed and agility drills, scouting reports insist Stanley displays tremendous quickness and balance. Add those attributes to a massive 6'6", 312-pound build, and we have the makings of a prototypical left tackle. After all, it's not often an offensive lineman has to run 40 yards, anyway. The primary knock on Stanley is his lack of power. While he was able to produce 24 reps in the bench press at Notre Dame's pro day, that's only average for the position. He'll win on the edge more often than not with sound technique and by being in proper position, but could get pushed around by some NFL rushers. Stanley naturally should only get stronger in time, and may need to in order to take his game to the next level.

What Latest Moves Mean For Eagles - PE.com
Everything means something, and in the case of Stefan Wisniewski, Rueben Randle and Ryan Mueller, well, the late free-agency additions may just pay off in a fairly big way this season. A look at what the moves mean ...

No charges for McCoy in bar brawl; FOP blasts D.A.'s decision - Philly.com
John J. McNesby, president of the Fraternal Order of Police Lodge 5, blasted Williams, saying in a statement that "a vicious assault on off-duty police officers by a rich athlete and his friends goes completely unpunished. "Serious and permanent injuries were inflicted on these officers as a result of a brutal assault captured on film, but a season-ticket-hunting District Attorney refuses to do his sworn job and prosecute the attackers." McNesby said in an interview that the union would consider asking the Attorney General's Office to investigate the brawl and was exploring a civil suit on the officers' behalf.

Breaking down the 2016 NFL Draft's top quarterbacks - SB Nation
With Cal's Jared Goff and North Dakota State's Carson Wentz a near certainty to be the top two signal-callers to hear their name called on April 28th, Matt Ufford and Josh Norris break down how their games should translate to the next level.