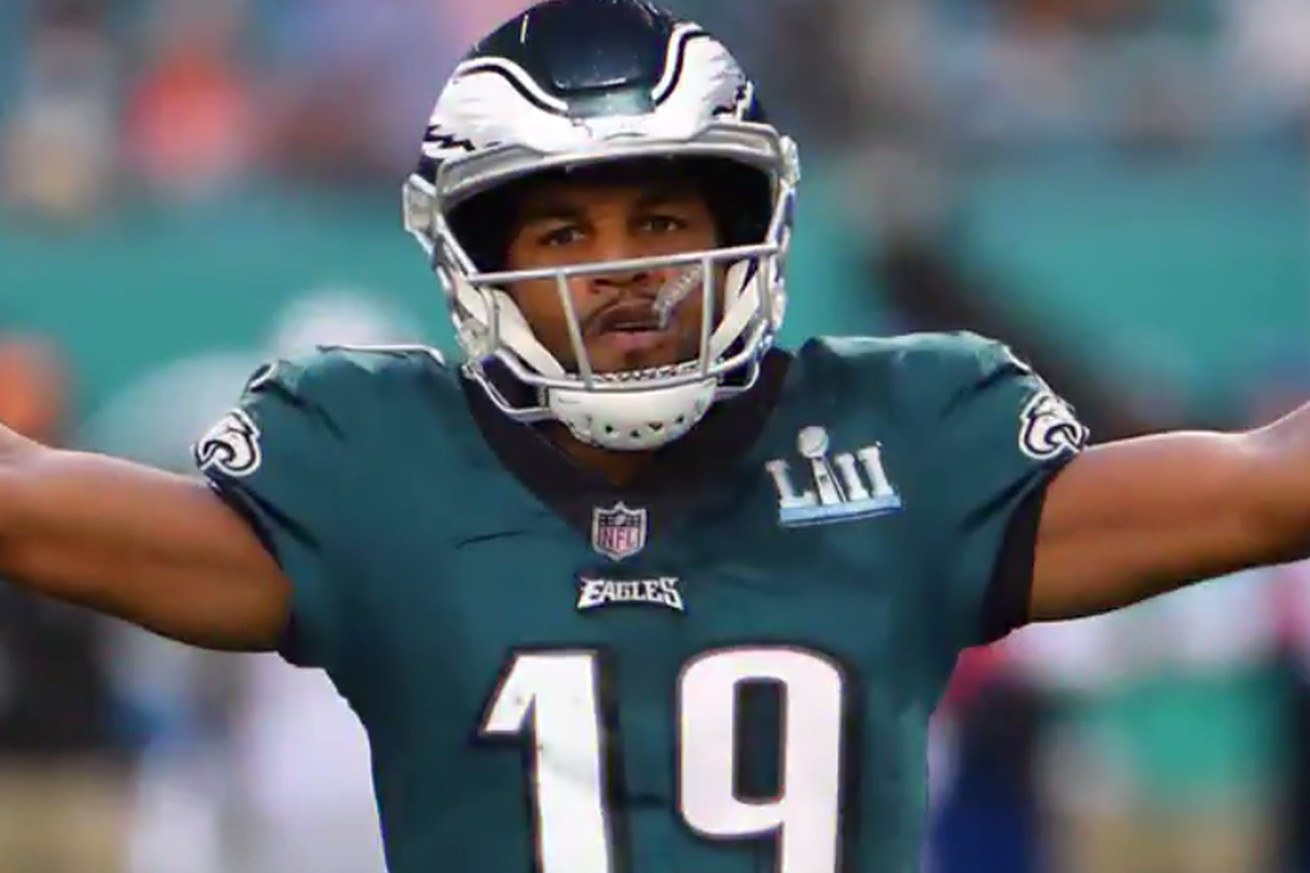 Doug Pederson kind of tempered expectations for Golden Tate a little during his Friday press conference leading up to Sunday night’s Eagles versus Cowboys game.

“I think there’s a fine line with how much we want to put him out there, because I want to be careful that I’m not doing him a disservice by putting him out there with something he’s uncomfortable with. So, making sure that we have a nice, tight plan for him is important this week.”

With all due respect, it’s hard to completely take Pederson at face value here. I mean, the Eagles traded a third-round pick for eight games of Tate. One would think/hope he’s going to have a significant role.

It’ll be interesting to see just how the Eagles use their newly acquired weapon. If Ian Rapoport’s reporting is any indication, Tate could be used in a variety of ways.

Golden Tate, the Eagles could not love their new addition more. He really made good use of the bye week. Stayed in touch with Mike Groh, the offensive coordinator, during the move. Really tried to understand what the Eagles are doing conceptually. And from what I’m told, Mike Groh is going to get creative with Golden Tate just because he picked it up so quickly. They’re going to move him all around the formation.”

The Eagles’ offense, which ranks 19th in offensive points per game, could clearly use a spark. The hope is that Tate can be a difference maker. BGN’s Michael Kist and Benjamin Solak laid out in detail exactly how the Eagles might use their new wide receiver.

Tate certainly tortured the Cowboys when the Lions played in Dallas earlier this year. He finished that game having caught all of his eight targets for 132 yards and two touchdowns.

Here’s to another big performance tonight.

On a side note, it’s hard not to like how Tate has really embraced being a member of the Eagles.

Golden Tate is really all in on being a member of the Eagles. pic.twitter.com/hznr6yXxCq