Howie Roseman explains why the Eagles traded for Golden Tate 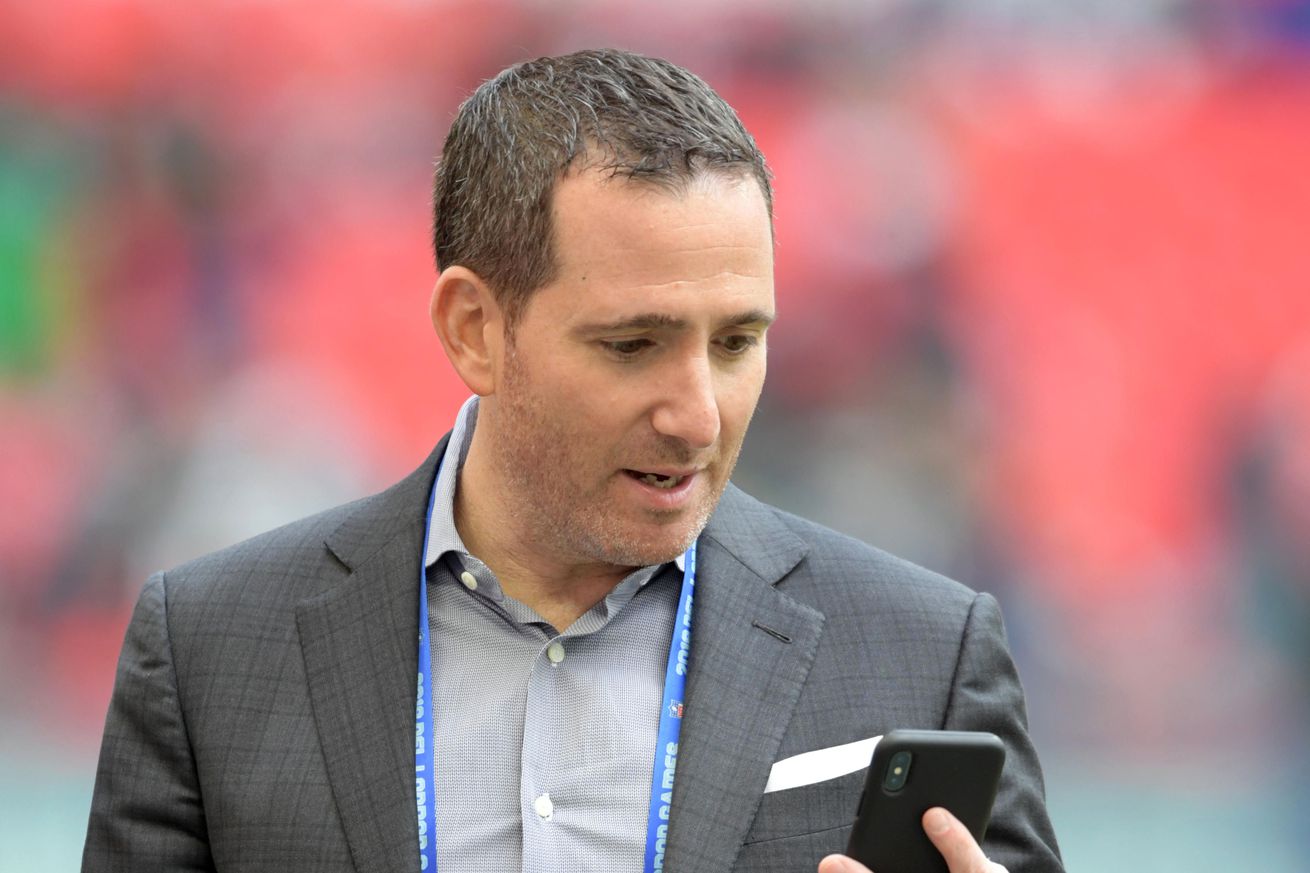 The team is excited to see their newest wide receiver contribute on and off the field.

The Eagles didn’t make a lot of moves ahead of the NFL trade deadline, but they did acquire wide receiver Golden Tate from the Detroit Lions. Howie Roseman has improved his reputation with really good, aggressive personnel moves the past couple seasons, and he spoke to the media about why the team made the move for Tate and their plans personnel-wise moving forward.

Here’s what the Eagles General Manager had to say:

Roseman opened by expressing his excitement about Tate and him fitting with what the team does offensively, and is also a fit from a character perspective — something head coach Doug Pederson has emphasized this season as well.

He was then asked about trading a third round pick for a veteran player on the last year of his deal, but the GM was quick to point out that Tate is one of the most productive receivers in the league, and has been since 2012. Roseman also called Tate’s run after catch numbers “phenomenal” and the price wasn’t concerning.

“You’re always trying to get the best price. There is no doubt about it. But we’re not trying to win the trades. We’re trying to get really good players. The message to our fans, to our players, to our coaches, to everyone in this organization is our foot is always going to be on the gas. We’re always trying to win. We’re always going to try to put our best foot forward. What we can do now is try to do that for this season and this moment. That’s what we’re going to do and that’s our responsibility.”

Roseman was asked if the team’s dip in production on third downs, and Tate’s success in that area, was a factor in the signing. The GM admitted it was, and said that while they have good offensive players already, he talked to the coaches and saw potential with their plans for how they’d use the receiver.

“When you talk to them and see the excitement on their faces for getting him in here and the way they can get him involved, and also the opportunities to open things up for our other players, it was really exciting just to hear that and that’s why we pulled the trigger.”

He then followed up explaining that he’s not going to come in and take Nelson Agholor’s spot in the slot, but rather that part of the excitement from the coaches is with the versatility of the receivers on roster. He noted that whether it’s Tate, Agholor, or Alshon Jeffery, they all having inside-out versatility, so it’s not one guy always lining up in the same place.

Roseman later talked about how they did their due diligence into the different ways this trade could work out with Tate heading toward free agency in the spring, but at the end of the day they were comfortable with making the move. He admitted that the Lions got their price, but the Eagles got their player.

He also expressed confidence in Tate coming in and contributing right away. Roseman noted that the receiver is a smart guy and incredibly hard working, and that the bye week certainly helps — not to mention having a gameplan-specific playbook is a little less overwhelming.

The GM was also asked if the team had looked at getting players at any other position ahead of the deadline, and he admitted they have been busy the past couple of weeks. But, ultimately, it’s a supply and demand market and based on who and what was available, they felt making a move to get Tate.

“He’s so good with the ball in his hands. He can play inside and out. He’s got return experience as well. He doesn’t just fit in a box. He can help in a lot of different ways and when we look at our skill positions as a whole, and maybe some of the guys we have coming back, we’re really excited to get going here for the second half of the season.”

On the trade process

Roseman noted that the Eagles have had talks with every team in the league since the final round of roster cuts ahead of the regular season. He pointed out that it’s their job to reach out about any player they are even remotely interested in — including Golden Tate.

“It got to the point where we had to weigh the prices of everything that was on the market and look at what would it be if we did nothing, and we felt like this was a really good move for our football team and a move that we are really excited about.”

He went on to further emphasize that it wasn’t about the price, but rather what Tate brings to the team. The GM was asked if them having a good number of draft picks made it a little easier to deal a third, but Roseman didn’t really think of it that way, explaining:

“I’ll tell you what, you can look at it one of two ways: [for example] sometimes when you have money in your pocket that you’re given, you kind of sit there and go, ‘Well this is extra money, it’s found money and I’m going to use it like that.’ But the way we look at it is that we have this extra pick, but it was our pick. So it wasn’t one where we were going to say, ‘Hey, because we have an extra two [second-round pick] we are just going to be flippant about how we throw picks around.’ It was about the value of this player for our football team – what we think he can do for us – and then, obviously, [the value] in the market that was going on at this time. We know that it wasn’t a cheap price to pay, but again, we are not trying to win the deal, we are trying to win games.”

Roseman later on talked about the amount of salary cap available as a reason for more teams willing to make deals in recent years, and also that there are so many teams in the middle of the pack trying to separate themselves.

Roseman didn’t want to comment on player injuries, in reference to Mike Wallace and Mack Hollins, but did say that they are hoping to add back to the roster “internally” and went on to say,

“For us when we were looking at this moment in time, it is not only this move that we are making, but some guys that we anticipate coming back for the second half of the year that we really think are going to add to our team. They are almost like making additions without giving up the draft pick.”

Hollins will be the first of the two eligible to return.

Howie Roseman explains why the Eagles traded for Golden Tate