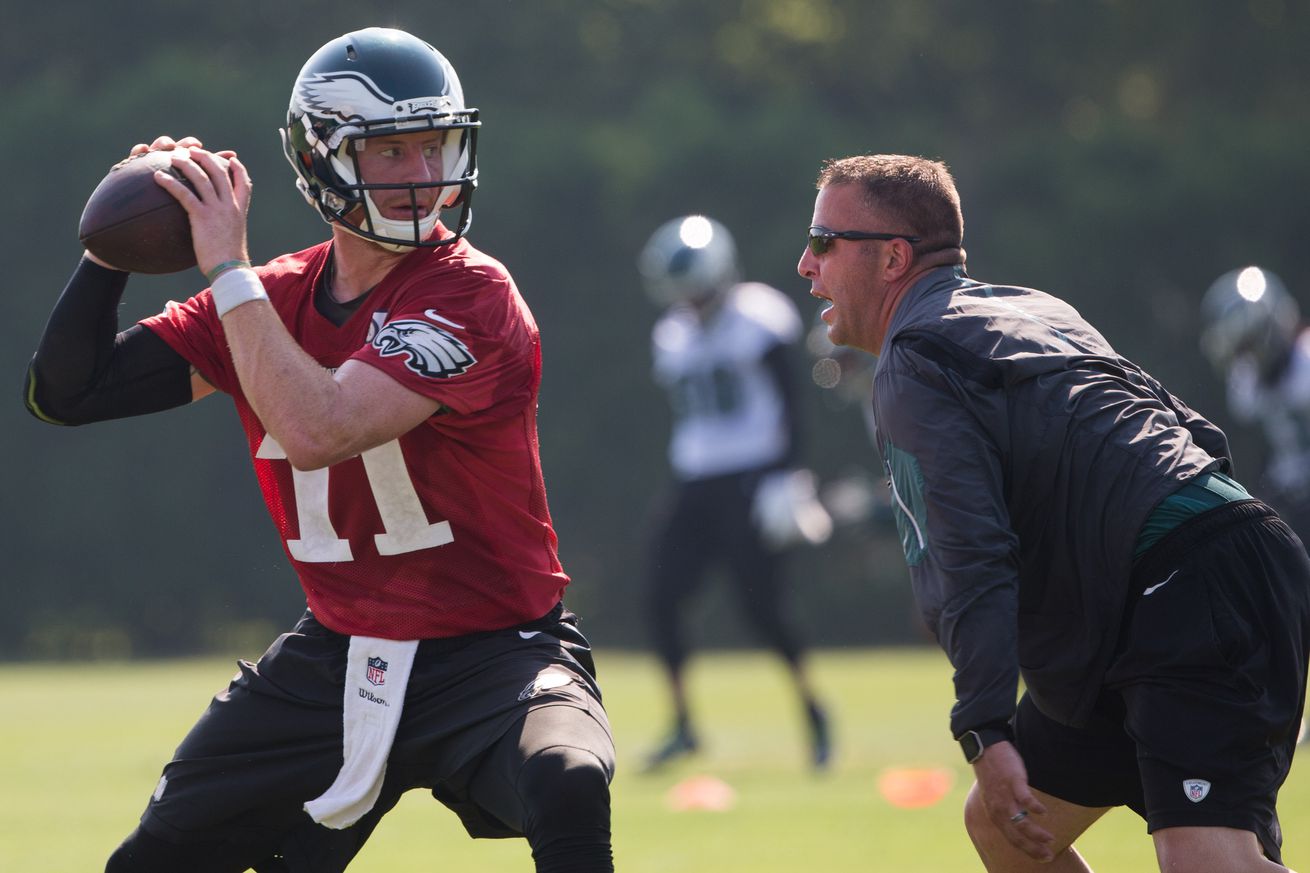 Flip to the desert?

Philadelphia Eagles quarterback coach John DeFilippo is reportedly expected to have a second interview with the Cardinals for Arizona’s head coaching vacancy, according to a report from ESPN.

Arizona’s interest in Flip was first reported earlier this month.

The Cardinals and Titans are really the only two openings remaining in the NFL. The Giants, Colts, and Lions haven’t officially announced new head coach hires, but they’re expected to go with Pat Shurmur, Josh McDaniels, and Matt Patricia, respectively.

Having to wait until later this month just to interview Flip might not be ideal for Arizona. The Titans could potentially hire a preferred candidate before they do.

It’s also worth mentioning Arizona isn’t the most attractive destination. With Carson Palmer retiring, the Cardinals don’t have a single quarterback on their roster under contract for the 2018 season. Plus they only have the No. 15 pick in the 2018 NFL Draft, so they won’t necessarily have their choice of young quarterbacks.

Flip isn’t the only Eagles assistant to get head coaching buzz this week. Eagles offensive coordinator Frank Reich is also reportedly a candidate for the Titans job. It wouldn’t be ideal for the Eagles to lose both their OC and QB coach in the same offseason, especially since Flip could be promoted to replace Reich.

We’ll have to see what happens. It’s worth remembering that Flip’s contract is up after this season, so he could still leave for a play-calling OC job even if no one hires him as a head coach.