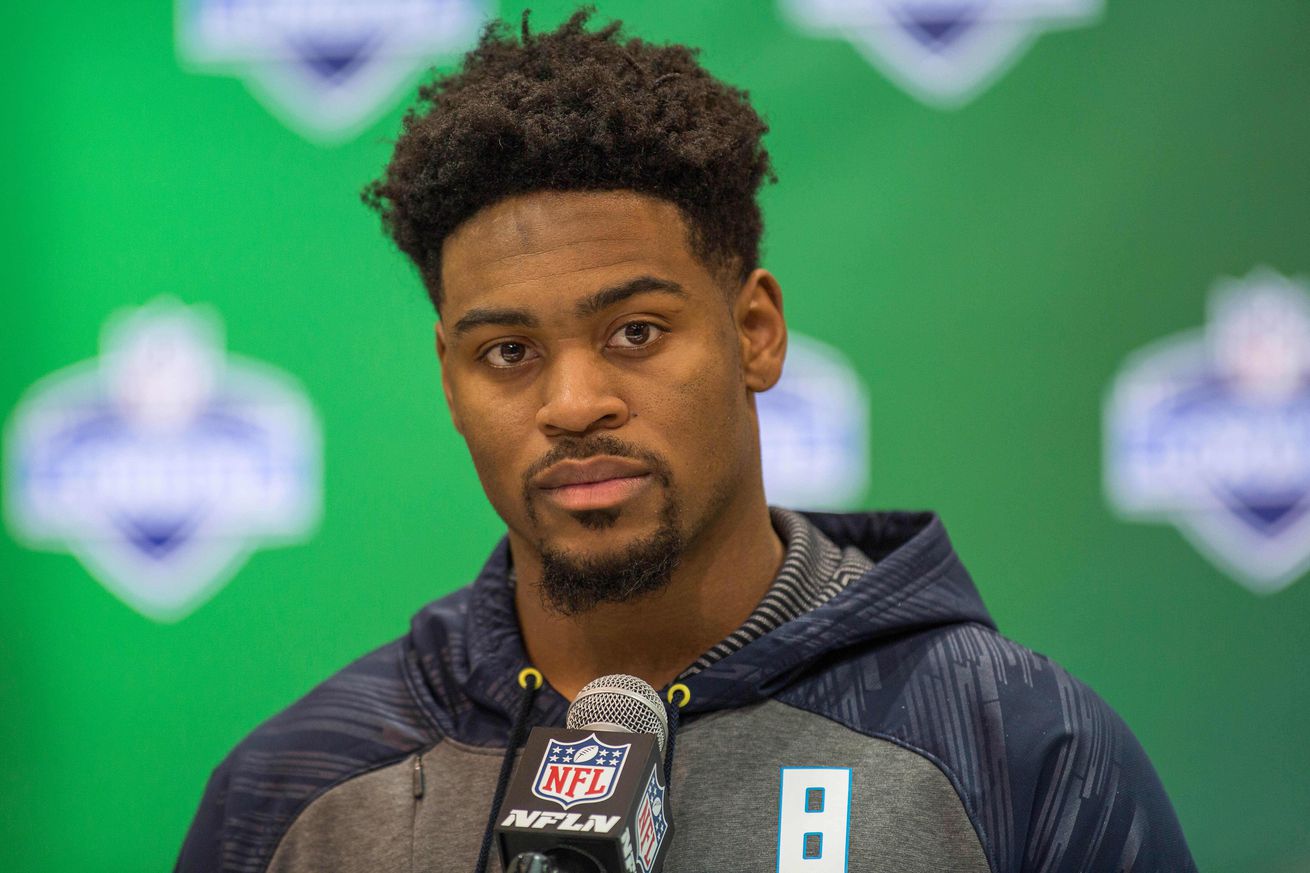 There are only THREE DAYS until the 2017 NFL Draft begins on Thursday, April 27! It’s almost finally here! Let’s pass the remaining time with one last look at our Mock Draft Monday series.

SB Nation’s Dan Kadar had the Eagles taking a wide receiver in the first round last week. In his final mock before the draft, Kadar now has the Birds going with a cornerback.

14. Philadelphia Eagles: Gareon Conley, CB, Ohio State - Every week as the draft has approached Conley has inched up, surpassing other cornerbacks. Now some are wondering if he’ll even get picked before teammate Marshon Lattimore. The Eagles are barren at cornerback. Conley would start immediately.

A few notable players the Eagles pass on in this mock include: Reuben Foster, Mike Williams, Corey Davis, and Dalvin Cook.

Also interesting to note that two quarterbacks go off the board before No. 14 in this mock. Kadar has the Browns selecting Mitch Trubisky at No. 12 and the Cardinals going with Patrick Mahomes at No. 13.

The more quarterbacks off the board before the Eagles pick, the better. I do think the realistic amount is two. Three would probably be the realistic max. I don’t think the Browns will go quarterback at No. 1, but if they did, that would be awesome for Philadelphia.

As for the Eagles’ pick itself, Conley seems like a fine selection at No. 14. If he even makes it there. We’ll see on Thursday if all that hype about him being the best corner and potentially going in the top six is true or not. For what it’s worth, Josh Norris is very high on Conley.

12. CB Gareon Conley, Ohio State (Age: 22) Where He Wins: Outside and inside, which is a major advantage. So good at finding the football when in phase. Physical in routes. Forecast: Should be the second corner off the board, and his ability to play the slot will only help his evaluation. Might end up being the top corner in this class in three years.

I can’t help but feel like Conley’s poor run defense would really irk Jim Schwartz, but maybe the Eagles think they can work on that with him. Or that his coverage skills makes up for his weaknesses. We’ll see. It’d obviously be nice for the Eagles to walk away with Day 1 with a new starting corner.

Conley is rumored to be one of five players the Eagles are considering with their first round pick. Philadelphia seemingly brought him in for a pre-draft visit this month so the team has been showing some interest in him.

One player the Eagles are not rumored to be interested in but appears in a mock draft on PhiladelphiaEagles.com from Tommy Lawlor is Corey Davis.

The Eagles added a pair of receivers in free agency, but they want to surround Wentz with young players so they can develop together. The presence of Alshon Jeffery and Torrey Smith means Davis won't be under the gun to be a significant player right away. As Howie Roseman pointed out, receiver is a position where players need time to develop.

Davis has tremendous potential. He is big (6-3, 209 pounds), athletic, and skilled. He was incredibly productive at Western Michigan. He caught 331 passes, with 52 of them going for touchdowns. Davis averaged 16 yards a catch for his career, so he wasn't just a workhorse receiver. He was a playmaker. Davis was fast enough to be a downfield threat. I think he was at his best after the catch. You could see not only his talent, but his toughness and competitive streak as well. Davis fought for every yard he could. He was a threat to break a big play every time he got his hands on the ball.

I certainly wouldn’t mind if the Eagles took Davis. He’s good and I can’t complain when it comes to the Eagles giving Carson Wentz more weapons. But I’m not so sure this is the direction they’ll go in. I do wonder how teams value Davis after his injury has prevented him from doing workouts leading up to the draft.

And so there you have it: our last Mock Draft Monday until next year. What do you think of these picks? Who do you think the Eagles will take?