Patrick Robinson signed with the Eagles because of Malcolm Jenkins 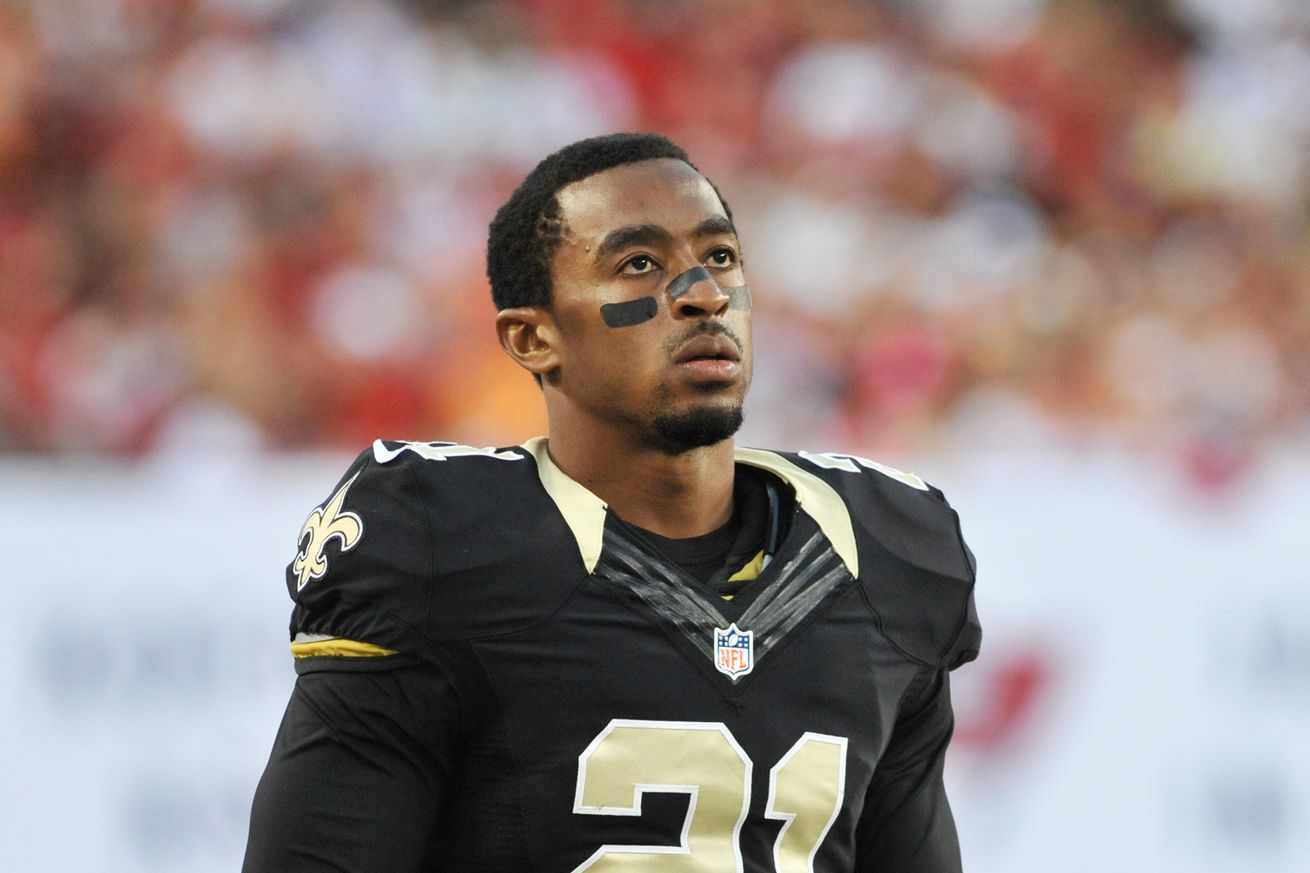 Hear from the newest Eagles cornerback.

The Philadelphia Eagles signed veteran cornerback Patrick Robinson to a one-year contract worth $1 million earlier this week. The Eagles badly need help in the secondary so taking a low-risk shot on the former first-round pick can’t hurt.

AFCON: Why I am confident that Super …
Edinburgh Castle: Historical Stories …
The Book Depository – The Seven Husba…

Robinson met with reporters at the team’s facility on Friday for the first time since signing. He didn’t have anything too revealing to offer, but he did mention Malcolm Jenkins factored into his decision. Robinson and Jenkins were teammates on the New Orleans Saints from 2010-2013.

Read on for a complete transcript of Robinson’s presser. We’ll take a more in-depth look at Robinson’s history later this week.

Q: Why did you want to sign with the Eagles?

I talked with Malcolm Jenkins, you know, who I’m close to. I know what type of player he is and what type of locker room he’s trying to build. I think, as far as the other teams, with me knowing him, that kind of made the decision for me.

Q: What type of role do the Eagles envision you playing?

Just come in and compete. In my opinion I’m just trying to come in here and try to be the best player that I can be.

Q: What did Malcolm tell you about the Eagles?

I talked to Malcolm maybe three or four days ago. He said ‘the locker room is a great locker room; you got great guys here.’ And I believe him. So I went with that. I took that into consideration. That made me think about coming here, and this is my decision.

Q: What do you bring to the table?

I bring a veteran leadership. I bring a guy who can inside and outside. A lot of athletic ability. For the most part, I’m a guy that’s going to lead by example more than vocally. So I think that’ll be a plus for the young guys.

Q: Did Malcolm Jenkins tell you about the fans here?

Fans are fans. So you know it is what it is with fans. Fans are going to big you up when do good, and when you do bad you’re going to hear it. So you know you can’t put too much into what fans think.

Q: What injuries held you back last year?

Last year it was the hernia. I’m good now. That’s in the past. I try to make it simple. I come here, try to work hard, and just be the player they think I can be.

Q: Surprised you got cut by the Colts?

Q: How much did the fact the Eagles need help at cornerback factor into the decision to sign here? Better shot at a big role?

Well that didn’t play a big role in it at all, to be honest. For me as a player, I don’t look at the roster or anything like that because I know if I play how I know I can play, then I’ll be fine.

No. As far as Jim Schwartz, I played against Jim Schwartz in 2011 when he was coaching with the Lions. That’s pretty much it.

Q: How does the Eagles’ aggressive scheme work with your abilities as far as a pressing corner?

Well the last couple years I’ve been playing a lot of press, a lot of man, a lot of quarters that turn into man. A lot of the coverages nowadays end up turning to man. So it’s no huge difference.

Q: How have expectations changed for you? Going from being a first round pick to being on different teams? Is this a weird place for you in your career?

Yeah, but I’ll say that’s all on me. I’m not the type of player that’s going to put blame on ‘this guy did this.’ It’s on me as a player to play good. It’s all about, if you play good, then you’re fine. If you don’t play good, then you gotta deal with the consequences.

Q: Do you believe you’ve never really reached your potential so far?

I do. And this year I’m trying to reach it. I want to do whatever I have to do to reach it.

Q: What’s it going to take to reach your potential? Matter of health? Matter of scheme?

Q: Do you look at injury at something that’s derailed your career a little bit?

I don’t know. I don’t know what happened. I was out for that year, and I learned a lot. And I definitely worked hard to get back to where I was healthy. And that’s just part of life. You know, when things happen, you’ve got to deal with it the best way you can.

Q: Are you approaching this one-year deal as a prove-it deal?

Exactly. That’s how I’m approaching it. I’m just trying to be the best player I know that I can be. Guys that know me, they know the player they think I can be.

Q: How are you better now than when you came into the league?

I think I’m much more mature. I think I know how to go about things a lot better than I [did] when I was a lot younger.

Q: Do you think this could be a long-term spot if you prove yourself?

Q: Is that what you’re hoping for?

Q: Did the Eagles talk to you mentoring the young guys?

Q: You mentioned Malcolm, you played with Nigel Bradham in college. Who else do you know in this locker room?

Right off the top of my head, just Nigel and Malcolm.

Q: How about Darren Sproles?

And Darren Sproles! I’m sorry. I forgot about Sproles. He’s on offense, so you know how that goes.

This post first appeared on Bleeding Green Nation, A Philadelphia Eagles Commu, please read the originial post: here
People also like
AFCON: Why I am confident that Super Eagles will win in 2023 – Coach, Jose Peseiro
Edinburgh Castle: Historical Stories and Folklore
The Book Depository – The Seven Husbands of Evelyn Hugo

Patrick Robinson signed with the Eagles because of Malcolm Jenkins