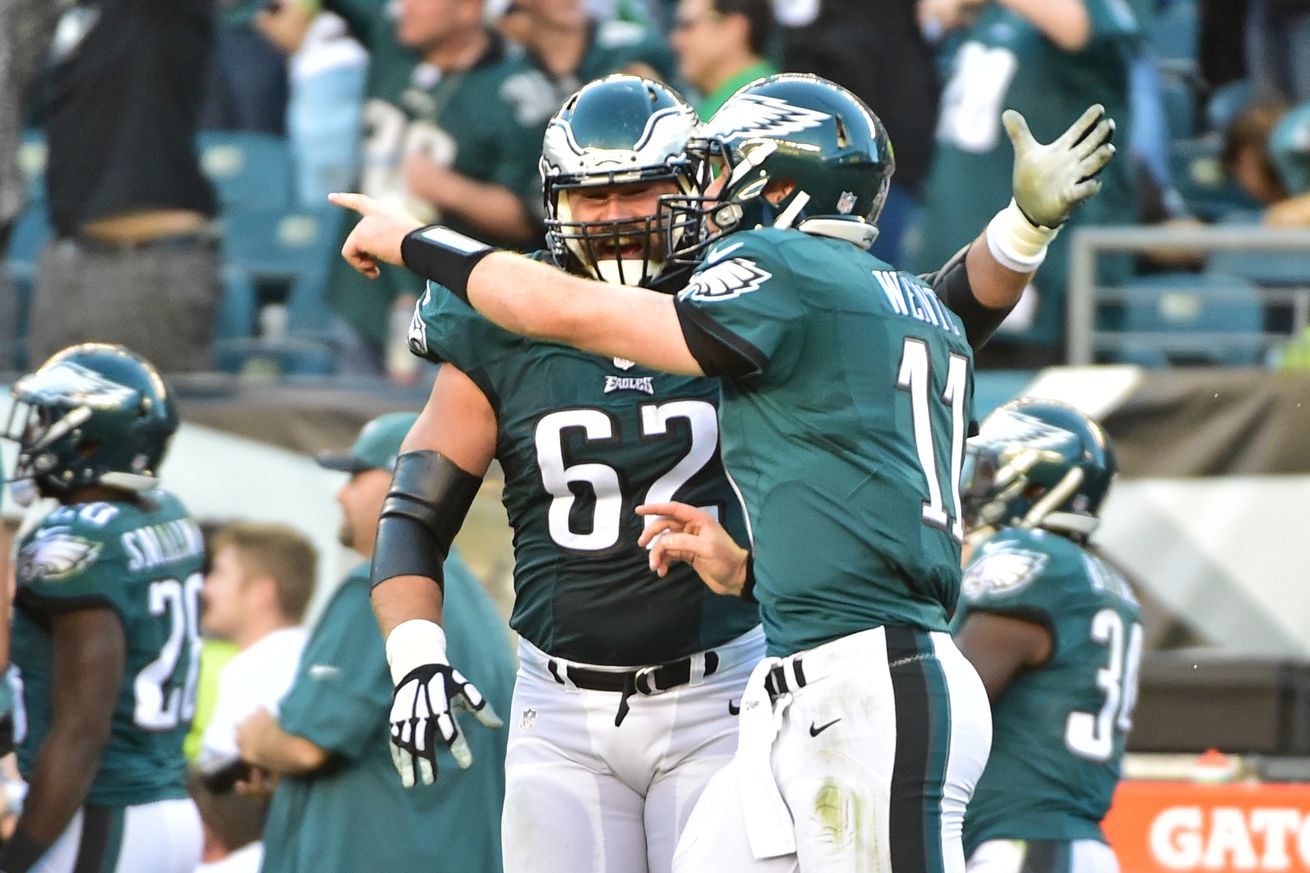 Eagles center could be on the move

Yesterday it was reported that the Eagles may move on from Jason Kelce this offseason. Moving on from Kelce this season is probably their only chance to get anything in return for him, it’s hard to see a team in 2018 offering anything for a 30 year old who will be released if a trade can’t be worked out. But in 2017, there might be a buyer.

Working against the Eagles, Kelce is 29 and is coming off a season showing signs of decline. In the Eagles favor, there is no big name free agent at the position, so if a team wants a veteran upgrade, Kelce could be their best bet. It won’t be a seller’s market though. Here’s seven teams we see as potential trade partners for the Eagles.

Why they would be interested: After a disappointing 2016 season and all but locked in with contracts to Carson Palmer ($10.9M in dead money) and Larry Fitzgerald ($6.2M), the Cardinals are pretty much forced to go playoffs or bust this year. Incumbent center AQ Shipley is a free agent, and right guard Evan Mathis retired, so they have two holes to plug on offensive line. Trading for a starter would take care of one of them, and GM Steve Keim isn’t opposed to trading late round picks for players.

Why they wouldn’t: They have 2016 4th rounder Evan Boehm waiting in the wings.

Why they would be interested: The Bengals are another veteran team looking to make it back to the playoffs in need of an upgrade. Starter Russell Bodine struggled all year, so center is an easy upgrade for them.

Why they wouldn’t: Trading for players isn’t in the Bengals’ M.O.

Why they would be interested: Cameron Erving has been a bust so far. He struggled at left and right guard in 2015, and in 2016 he was a disappointment at center, by the end of the season he was practicing at right tackle. The current Browns front office and coaching staff didn’t draft him, so time may be running out for him. If they draft a QB to start, a veteran center makes sense.

Why they wouldn’t: Cleveland is taking the long road to rebuilding and may be patient to see if year three for Erving could change his standing with the team. And trading for a player of Kelce’s age runs counter to everything they did in 2016.

Why they would be interested: The Jaguars need interior line help, and with Tom Coughlin now seemingly running the ship and bringing in guys he’s familiar with on staff, that might expand to players as well. Kelce fits the bill. And if they hire Chip Kelly as their offensive coordinator, the reasons become obvious. Additionally, starting center Brandon Linder is better suited to guard.

Why they wouldn’t: Linder is coming off a solid season, they may find it easier to upgrade at guard.

Why they would be interested: The Vikings offensive line was a disaster in 2016. It was mostly because of injuries to their tackles, but center Joe Berger will be 35 when the season starts. With Pat Shurmur being elevated to full time offensive coordinator, he may want a younger player he has experience with.

Why they wouldn’t: It’s not saying much, but Berger was the best lineman on the Vikings this year. It’s not a high priority need for them.

Why they would be interested: The 49ers need help everywhere, have enormous cap space available, and if they hire Kyle Shanahan as they are expected to and draft a QB, adding a veteran center who excels at zone blocking makes a lot of sense.

Why they would be interested: The emerging Bucs need upgrades if they’re to make the playoffs in 2017. Their offensive line is need of improvement, and incumbent center Joe Hawley will be a free agent, so they have to make a decision on what to do there.

Why they wouldn’t: The Bucs may not want to replace an undersized center with another one. And the team sees right guard Ali Marpet as an option at center.