Georgia 27, Auburn 10: The Gus Bus Once Again Breaks Down In Athens. 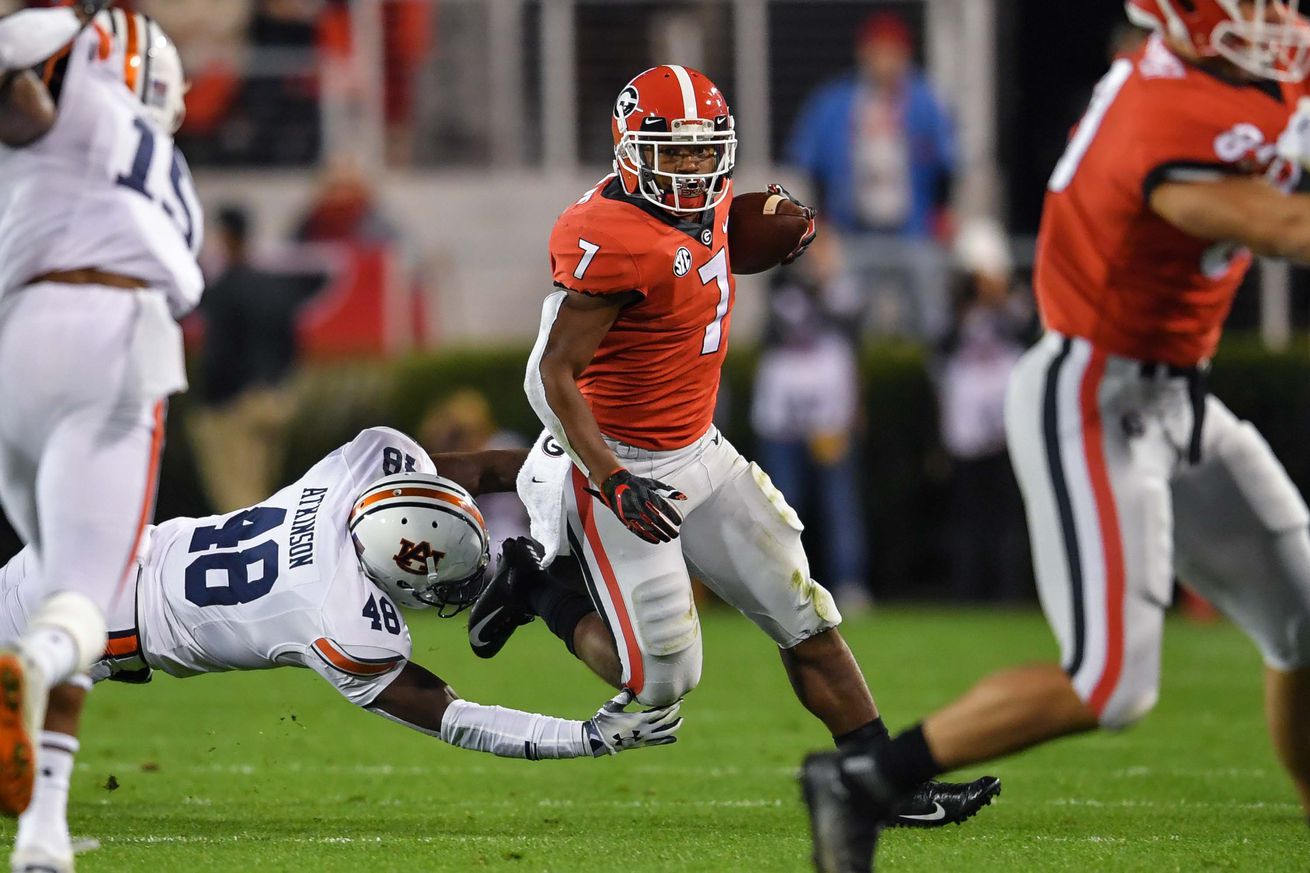 Georgia wasn’t perfect against Auburn on this chilly night in Sanford Stadium. It didn’t really matter.

Behind another stellar night from D’Andre Swift and a stingy defensive effort the Georgia Bulldogs wrapped up their SEC regular season with a 27-10 home win over their oldest rival.

A new month, a new outlook – Parts 1 …
Vechain Blockchain Technology Powers …
Where?
28% of Americans are Free to Smoke Un…
87 Ideas to Start a Side Hustle Busin…

Swift’s continued reemergence was the clear story of the night. With 17 carries for 186 yards tonight he’s now amassed 403 total yards (342 on the ground, 61 through the air) in his last two outings. It’s worth noting that Swift was getting 7:1 Heisman odds during the preseason. Imagine where he’d be in the Heisman discussion if he’d been healthy during the first half of the season.

Elijah Holyfield was no slouch either, grinding out 93 yards on 15 carries. Jake Fromm was a solid 13 of 20 for 193 yards, though he did have one bad interception on which he killed a promising drive by throwing late into coverage. His understudy Justin Fields got to throw the ball for a change and showcased the arm that made him a coveted recruit, going 2 for 2 for 20 yards. But Fields also had a couple of plays when he did not get rid of it and suffered losses as a result. To review, Justin Fields isn’t Georgia’s second string quarterback because he has a lower ceiling than Jake Fromm. He’s the backup because right now Fromm has a much higher floor.

A Bulldog defense that surrendered a meager 149 yards of total offense in the first half tightened it down late, surrendering a miserly 126 in the second half, 51 of them on Auburn’s last fruitless drive. The Tigers averaged 5.1 yards per rush, but that stat’s a little deceptive because of multiple lost yardage plays on the ground that left the Plainsmen in third and long (they only converted 27% of third downs). Georgia on the other hand was 8 of 14 on third down, and Fromm in particular was 6 of 7 passing for 105 yards on third down before that awful third quarter interception, the game’s only turnover.

Lest I forget to mention it, Auburn now hasn’t won in Athens in their last six attempts, going back all the way to November 12, 2005, before some of the players on the field tonight had left kindergarten. And that’s a Bulldog point of pride.

Georgia 27, Auburn 10: The Gus Bus Once Again Breaks Down In Athens.