A Caddyshack Life, Be the Ball

As I matriculated through my teens, the need to make money was apparent. I needed a new Centipede game for my Atari console. As a 14 year old, my entrepreneurial neighbor, and one of my best childhood friends, decided to take an exam to be graded as a Caddy for Blythewood Country Club in Rockford, Michigan. 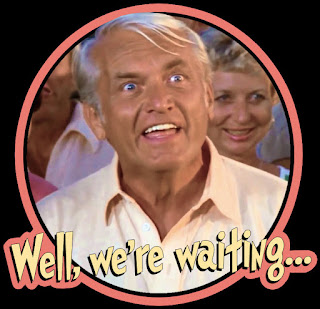 To work at 14, I had to have my school sign off on a work permit to work underage. He made the A Caddy list on the exam, and I made the B Caddy list. It meant he made 2 Dollars more a round and got preference when golfers had their tee times.
Here was the Sunday and Saturday schedule for me and him:

What made it interesting was occasionally there was a 60 something year old caddy that would drive up in his old Cadillac, and wait a few minutes for his clients. I was immediately interested in his stories and experience. It was more interesting than hearing other grouchy kids complain about their situations. He would talk about how the world really works, and how he makes a living as a caddy. We would make small talk, and then he would grab two bags, sling them both on his shoulders, and he would walk up to the first tee. His best advice to me; was, and I am quoting as close as I can remember,
"Sometimes, young man, you have to shuck and jive to stay alive, but no matter how high you go, stay humble and most strife can be eliminated in your life."
Seeing him walk away, at his age, with those two old leather bags that weighed more than the bags I had to carry made my burden a little less daunting mentally. I carried a bag for a judge a few times. He wore all purple, he had a 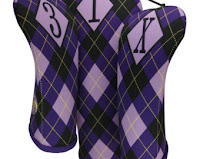 purple bag, and he had purple head covers. One day, around the 5 hole, I notice that one of the head covers was missing. I informed his honer, and told him I would be back. At that moment, I sprinted in the wrong direction against in coming shrapnel while dodging bad shots. I did realize the danger, I wasn't that ignorant. 600 yards of sprinting later I found the purple head cover. After 700 more yards, doing my best Usain Bolt impersonation, I reached the foursome who had pressed ahead.
From 10AM until 3PM I would get dragged along a course with gentleman who wanted to take as long as possible. Probably because of their long work weeks I assumed. I tried to make it as enjoyable as possible even during the hunting for balls under tall grass and swamp like terrain. Charlie Hustle was the term used by the Club's Golf Pro who was in charge of the Caddies.
The average day in the life as a 14 year old caddy included a 5AM departure from home and a 5:30PM arrival time. It amounted to 12.5 hours and 10 dollars for the day. Less than a dollar an hour. I would get 8 dollars as the minimum, and the judges, lawyers, and doctors would usually tip around 2 dollars for my trouble. As I shot hoops in our backyard at the end of the day, I couldn't raise my arm over my shoulder. It would be limited due to the bag that was slung over my shoulder. 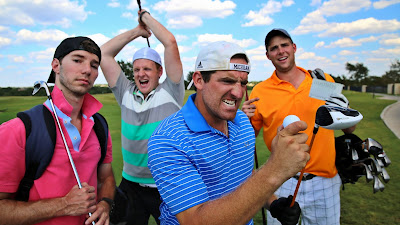 The best experience I had was caddying for the open tournament the club held at the end of the season. I had a young gentleman in his late 20s or early 30s. He didn't make the money that the other clients had. He was a working man. I recall his name, Mr. Vanderlaan. It ended up in a tie and needed to go extra holes to decide the tournament. The rule for this tournament was to play a nine hole playoff. It was already 5 o'clock. He was so positive, and accommodating. He even bought me a burger and chips at the turn. I regret now that I turned down the playoff because I would be late for dinner and my Mom's unbelievable cooking. He paid me the best fee I received in my short two month career as a caddy, 20 dollars. It could have been more if he won first.
I never found out if he came out on top. Probably because I didn't want to know how much cash I squandered for Italian food which in retrospect is probably more valuable to me now. My mother is up for sainthood on cooking alone. Add in the love and caring she should be a shoe in.
As I sit here with two stepsons and a host of students and basketball players in the last 20 years, I can only wonder how much my standards have caused a different perspective on work ethic with which they may not be accustom. I almost feel sorry for them.
This experience causes me great pleasure when I golf still today or watch Caddyshack. Now, when I golf with my long time friend and a shot goes awry, I turn to him and often ask where that ball went, and he replies quit wittily,
"In the lumbar yard, Danny."

A Caddyshack Life, Be the Ball