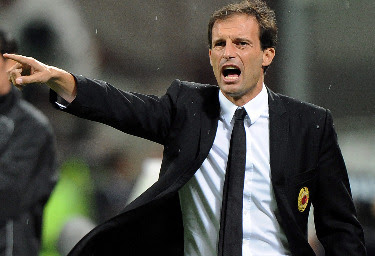 Massimiliano Allegri admits “this is Year Zero for Milan” after losing 12 players including Thiago Silva and Zlatan Ibrahimovic.


The fans are threatening protests at Saturday evening’s Trofeo TIM, where the Rossoneri will face Inter and Juventus in a mini-tournament at Bari’s Stadio San Nicola.


“In all 12 champions have left, some due to their age and others because of decisions made by the club. We couldn't say no to PSG. We must work on the foundations, even if there are still many players who remained. There is a month left in the transfer market and last season the team really changed its identity right at the end of that window.”


Thiago Silva and Ibrahimovic were sold to PSG this week, while the likes of Alessandro Nesta, Gennaro Gattuso, Clarence Seedorf, Pippo Inzaghi, Gianluca Zambrotta, Alberto Aquilani and Mark Van Bommel were released at the end of their contracts.


This post first appeared on AC Milan Macedonia, please read the originial post: here
People also like
Common Problems with Slit Lamp and Repair Needs
It's Time To Rebuild
Well said Mr. PM, We’re racing with time but..
Selling Handmade Products on Etsy
Improving Mental Health Through Exercise
Tips Mengatasi Ijazah Ditolak Terkait Verval Isu Dokumen
how stress affects your skin and how to manage it
Why you should journal regularly
Epoxy Coated Garage Floors
This Is What You Should Do If You’re Laid Off