The English national team is still struggling in an attempt to recover from their woeful World Cup. Their rivals across the Channel, meanwhile, have set a shining example of how to go about the much needed transformation, so writes Samuel Geny...

The 22nd June 2010 - the day the revolution in French football began. It was the moment that their star-studded team was knocked out of the World Cup in the group stages. Since then there has been a remarkable improvement in the side. Here is my assessment of the changes that have seen them beat both Brazil and England in their recent friendly encounters.

The coming of age of the French U17’s, U18’s and U21’s has meant that there is now a wealth of talent from which the new French coach Laurent Blanc choose. These players can be developed over the next two to four years for the European Championship and World Cup respectively. 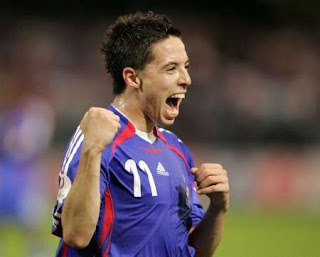 Here is a list of the latest crop of fresh French young talent with their age.

This list contains the best hopes for the future of French football and with them all having fewer than 10 caps to their name, with the exception of Nasri who has 17, things look good for the future.

With this strong talent base and a few wise older heads these young players have been allowed to flourish. The balance has been struck with the likes of Mexes, Malouda and Abidal playing amongst this young squad while the huge ego complexes and imposing personalities of the likes of Henry, Anelka, Evra and Gallas have been removed.

The key figures which the new French team is basing itself around are the extremely talented Gourcuff and Nasri in the centre of midfield. Laurent Blanc has a strong belief in Gourcuff from their time together at Bordeaux where he mastered their midfield and was the architect of the movement up the pitch and helped Bordeaux to their first League 1 title in ten years. With his big money move to Lyon in the summer he struggled at first but has now settled in to life at the Stade Gerland and has started to show the promise he had at Bordeaux.

Next is Samir Nasri an ever evolving figure since he signed for Arsenal from Marseille. He has shown great skill and a wide range of passing that has allowed him to play all across Arsenal’s mid field over the last two seasons. Having mastered the difficulties of the English Premier League he is quickly becoming hot property in Europe and will be a key member of the future French team.

Laurent Blanc's appointment was two years too late. The shenanigans of former France coach Raymond Domenech went on for too long and the team suffered. But under Blanc all the silly selection decisions, tactical inconsistency and astrology has gone. Now France look like a team who are organized and threaten every time they move forward with the ball whilst also having a solid defensive base. Blanc has instilled a new mentality into the French team that has allowed them to play with confidence and play an attractive football without the ego centered former players who tried to conquer the world on their own. Before France used to scrape wins over minnow nations and made all their games look like an arduous task when they should have been formalities. 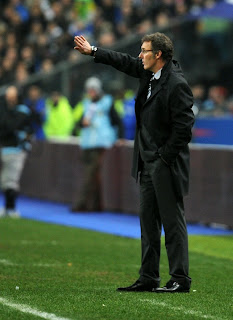 No Frank? There is a lot more to come from France with Ribery having not featured in their last two games that were considerable scalps against England and Brazil. If they can get him fit and put into the system that Blanc wants to play, their attack will become even more potent.

Benzema’s move to Real Madrid put him in the spotlight. He seemed to struggle under the enormous expectation that comes from playing for such an illustrious club and he failed to make an impact from the bench in his first couple of seasons – playing second fiddle to the prolific Higuian who scored 29 in La Liga last year. However, with the unfortunate injury to Higuian, Benzema has had to step up and has done so with good effect helping Real keep in touch with Barcelona in the title race by scoring some important goals notably a tricky 1-0 win against Real Mallorca.

Les Bleus' future once again looks promising. Under their new coach the French national team can look forward to an exciting generation of footballers who will be challenging for major honors again shortly. Their recent friendlies against Brazil and England have shown that this is a progressing side with plenty to learn. Yet, while missing some key members, this is a team that can already challenge the big teams despite still being in the early stages of their transformation. If you compare this French side to the Brazilian one who has never had a lack of exciting potential youth, their recent feats seem even greater. They have done the same thing as France choosing to go with a new coach who has no international experience and removing the dead wood from the side and keeping a spine of older stable players around which to base the side whilst having a wealth of young talent at his disposal with the likes of Breno, Luiz, Rafael, Sandro, Ramires, Pato, Douglas Costa, Neymar and Andre to name but a few.

As the likes of England continue to struggle in their post-World Cup transformation, France have put themselves on the road to success. With new management and faith being shown in a young and exciting crop of players, they are building a team with the long term future of the national side clearly in mind.