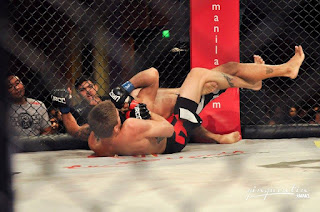 Universal Reality Combat Championship (URCC) at Dutdutan Tattoo Convention 16 will feature a bout between the lightweight title holder Will 'The Kill' Chope and Morteza 'The Iranian Fighter' Mombashi as the main event on August 12, 2016. For testing purposes, the fight on Friday will be a non title bout. The two will compete in a catchweight bout instead. It is a newly implemented weight class system that URCC adapted to the universal weight classes of all MMA organizations.

Biagtan MMA’s John Gonzales who had his first fight on June 25 will face the new, 18-year-old TOP Gym’s Kevin Park in a flyweight bout as the co-main event. The battle will be held at World Trade Center, Manila.

The card is also made up of mixed martial artists debuting in a pro fight. Oyo 'The Headhunter' Cruz of Hitman MMA takes on Sem Bicaldo of TOP Gym. Women's fight on the card introduces Elorde Dahlia/Camp Vallega's Krisna Limdaga against Jomary Torres of Catalan Fighting System. The aspiring MMA athletes will definitely show no mercy for each other to make one's debut fight successful.

Spend your weekend with Dutdutan Tattoo Convention. It is a 2-day event which compose of Tattoo Competition, Band performances, Mixed Martial Arts and Bikini Contest.