Balls-Eye: 3 Reasons Why 76ers Almost Lost It Against Magic 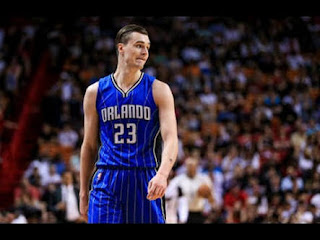 A 9-point difference is a great victory but it could've been greater.

Crossing the halfway mark of the final quarter, 76ers were still leading by a humongous 22 points over Magic but as the game neared to its final 60 seconds, the 22 point lead was like a piece of log being eaten by extremely hungry termites as it was drastically reduced to 9. Luckily, 76ers held on and survived the critical comeback.

How to Tell if You Have Bed Bugs?
Cabbage Production Guide
Why You Should Provide Leadership Tra…
A Quiet Coming-Together: Walt Whitma…
Things You Should Stop Worrying About…

What could've been the reasons for 76ers near loss?

Aside from defensive stops, one way to beat an offensively unstoppable team is to try to produce more than they do. In this game, after being down 22 points, Magic's next move was an 8 to nothing rally while the 76ers need a minute and a half to counter with only a single basket.

Some teams do not manage to win once they enter the 4th quarter not being in the lead. What more if down 22 points with less than half a quarter to play? This may be what's going on the minds of the in comfort Philadelphia. But winning was never certain and as long as the clock has the remaining seconds to tick, the spherical leather would not cease to move and change the game.

Less than 2 minutes to play and we all know what's up next, it's the Possession that will determine who'll have the end game momentum, and who'll bear with the pressure. Magic had the possession despite being down by 9 points. What's even interesting is that they had a shot in the palm of Mario Hezonja. They successfully drawn and executed the 'moment of truth possession' - the 24 second segment that could've turned the tables 180 degrees and pull victory to their side. 76ers failed to stop the possession but the shot just won't go in and the time rapidly went out of Magic's hands.
Philadelphia survived the thrilling fightback by Orlando and would prolong their season high 7 win streak.
Their next opponent would be the another version of 'Magic' - the Washington 'Wizards who'll look to bounce back after losing against Hornets in their recent game.
Meanwhile, Orlando's next assignment would be against the Thunders.

Balls-Eye: 3 Reasons Why 76ers Almost Lost It Against Magic