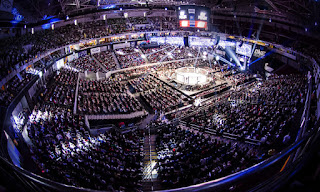 07 February 2018 – Kuala Lumpur, Malaysia: The largest global sports media property in Asian history, ONE Championship™ (ONE), has just announced its return to Malaysia’s bustling capital city of Kuala Lumpur. ONE: VISIONS OF VICTORY is set to ignite the Axiata Stadium with an evening of authentic Martial Arts action. While the main event is yet to be announced, ONE Championship has revealed a handful of compelling bouts featuring the absolute best in local and international martial arts talent.