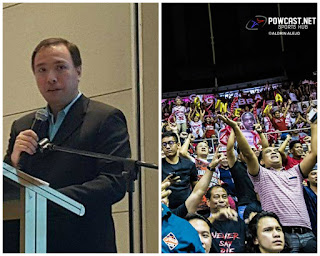 The PBA has been quiet for sometime now, especially after a series of League shaking news and rumors. While the PBA has not announced any changes in the league or it's opennings the public remain warry of what is to happen next especially since the separation and creation of two factions that divided the league over the status of Commisioner Chito Narvasa. Baham Mitra of the Games and Amusement Board offers to have a dialogue with the league stakeholders to help put their differences aside. Below is the official statement.

"Just like every Filipino fan, the Games and Amusements Board (GAB) looks forward to a united league that will bring out the best of all the 12 teams. If you need the Board's support to mend your differences, we're ready to broker unity talks," GAB Chairman Abraham Kahlil B. Mitra said.

The PBA has had to adjust its league schedule to enable the teams to be at their peak condition during international matches as the Asian World Cup qualifiers and other games of Team Philippines. However, on top of such adjustments, the PBA contended with leadership issues. Five teams, namely, San Miguel Beer, Ginebra, Magnolia, GlobalPort and Kia remain loyal to Chito Narvasa while seven teams composed of TNT, Meralco, NLEX, Alaska, Rain or Shine, Phoenix and Blackwater, had a falling out with him.

"As a governing body in charge of the PBA, our interest is to ensure that the league is united and is in full capacity to operate for the interest of the Filipino fans. I am willing to mediate," said Mitra, a self-confessed basketball fan.

"Our lines are open and will always be available for patching up their differences, especially for the number 1 basketball league in the Philippines.  Like the rest of the country, we're excited and everyone hopes to attend the opening night. I wish to have a quick dialogue with stakeholders and of course see the current and newest players."

"Although Narvasa's contract is up for extension or termination on December 31 yet, the rest of the country and the Board want the fractious league to be united again as soon as possible. Players and teams don't need distractions. We want them to be focused on their game," Mitra said.

"The Philippines is set to enjoy the glory days of basketball. That's the trajectory we want for the PBA."

Will the PBA resolve their issue before opening night?