Fuming Mad Fans on Baliton's Slot in the National Team 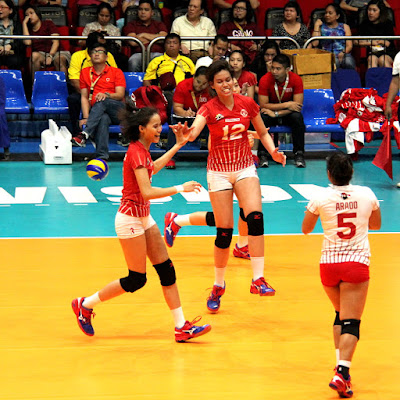 University of the East (UE) lady warrior Roselle Baliton received tons of cruel and virulent messages after her college coach Francis Vicente announced that she made it to the pool in the National woman's volleyball team for the upcoming 29th Southeast Asian Games in Kuala Lumpur, Malaysia in August.

CBD 2020: What to Expect + Our Top Pr…
Why Friday The 13th Will Be Your Luck…
Digital Currency – A Better Substitut…
The Ultimate Winter Bucket List Accor…
Best Story-Rich Games on PC: November…
Volleyball fans were really furious about the inclusion of Baliton in the lineup. They knew that the 18 year old, third year player was a middle blocker before she became a setter. They believed that her skills as a playmaker were not enough for her to participate in the international matchup.Doubtful and disappointed messages flooded her social media account. And it added more serious wrath to her bashers when the UAAP stars like the former MVP Ara Galang from De Lasalle, and former Best Setter Jia Morado from Ateneo University both didn't make it on the pool.
But Baliton just shrugged off the harsh and negative comments she had been receiving. She just kind of expected it to happen. Nevertheless, bashers and so called critics can only give her hostile reaction but she will remain as part of the national team.
(writer: intern Rica Sanglay)

Fuming Mad Fans on Baliton's Slot in the National Team