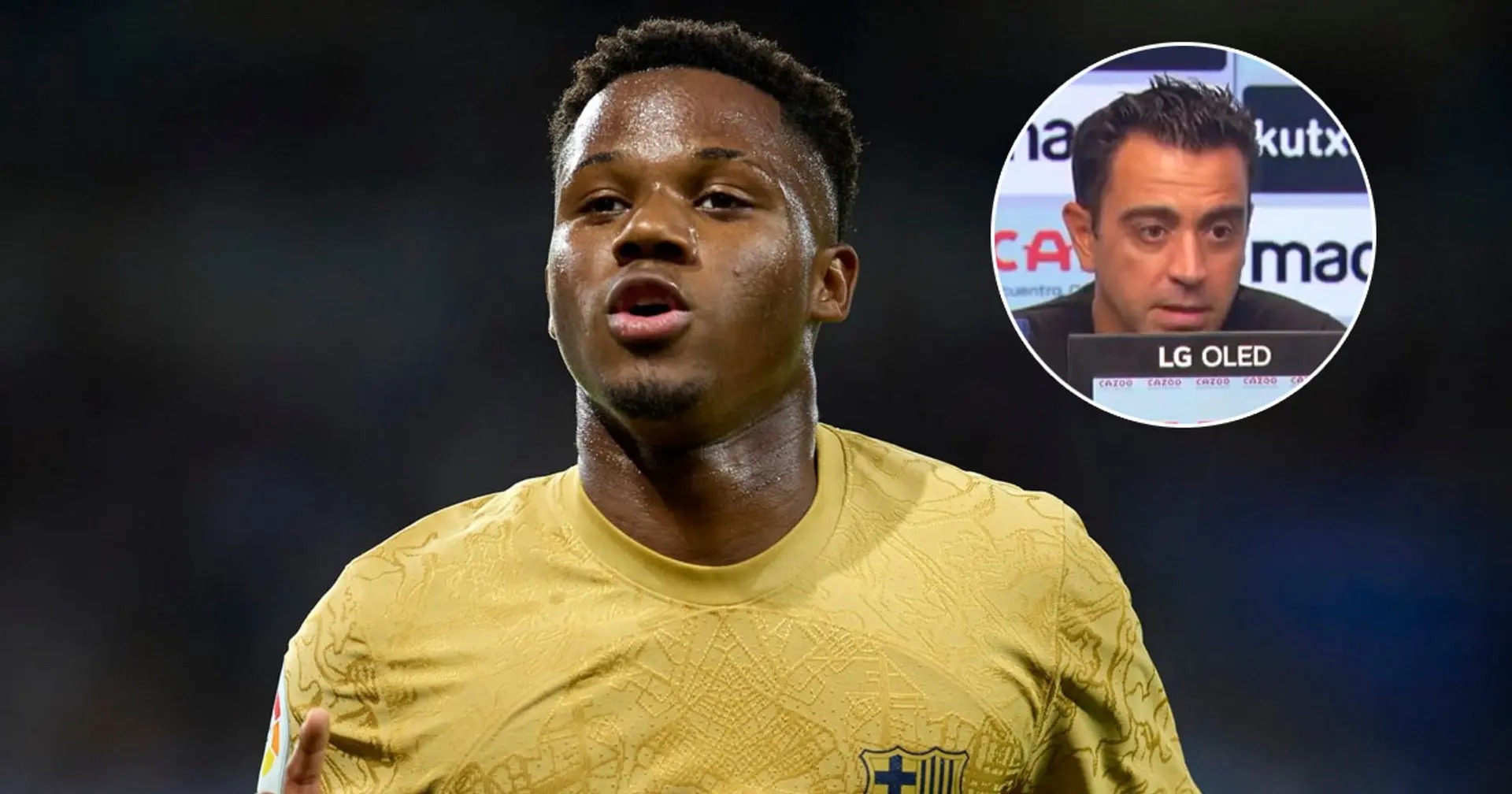 After being subbed on against Real Sociedad, Ansu Fati completely changed the game. The youngster provided two great assists and scored the final goal to bring Barcelona a 4-1 win at a tough stadium.
Perhaps impressed with the performances, the reporters asked Xavi why he didn't use Fati from the first minute.

Xavi reveals reasons behind experimen…
"Ansu Fati did not start for a mix of two reasons. First, precaution. Second, based on the merits of others. Ferran Torres worked extremely well in training this week. That's how things are at Barca, there's always competition.
"I pick the players that I think are the best for that match and the ones who train the best. I don't look at ages or names. I think about their usefulness to the team and the group."
Xavi also praised Ferran for his performance against La Real. In all frankness, though, the 22-year-old was one of the worst players on the team tonight. However, he might lack fitness since he missed the pre-season due to injury.
Source: FC Barcelona (h/t BarcaUniversal @ Twitter)