Casemiro's farewell message: Real Madrid will always be my home 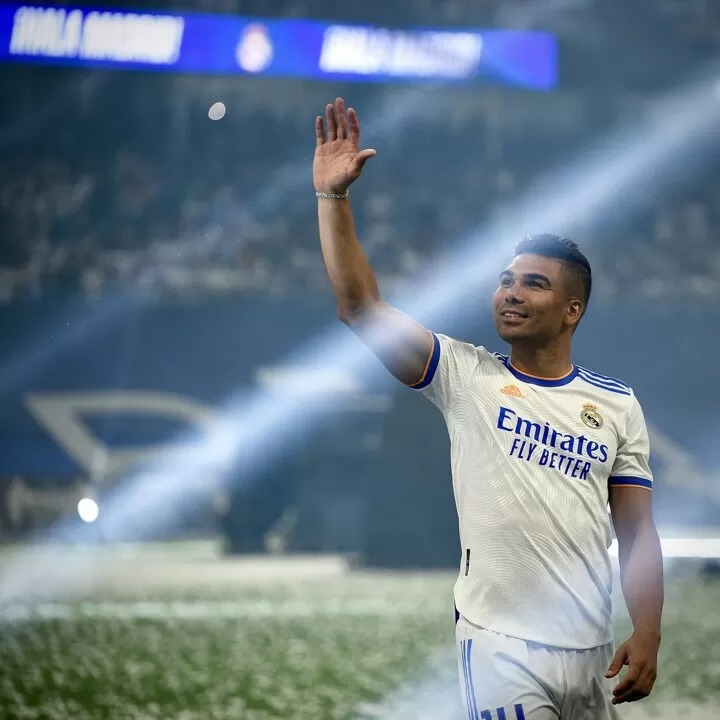 Casemiro's farewell message: I have lived the most wonderful story that I ever thought.
I hope to return one day to what will always be my home. Not in a thousand lifetimes will I be able to give back to Real Madrid all that you have given me. Forever… Hala Madrid! 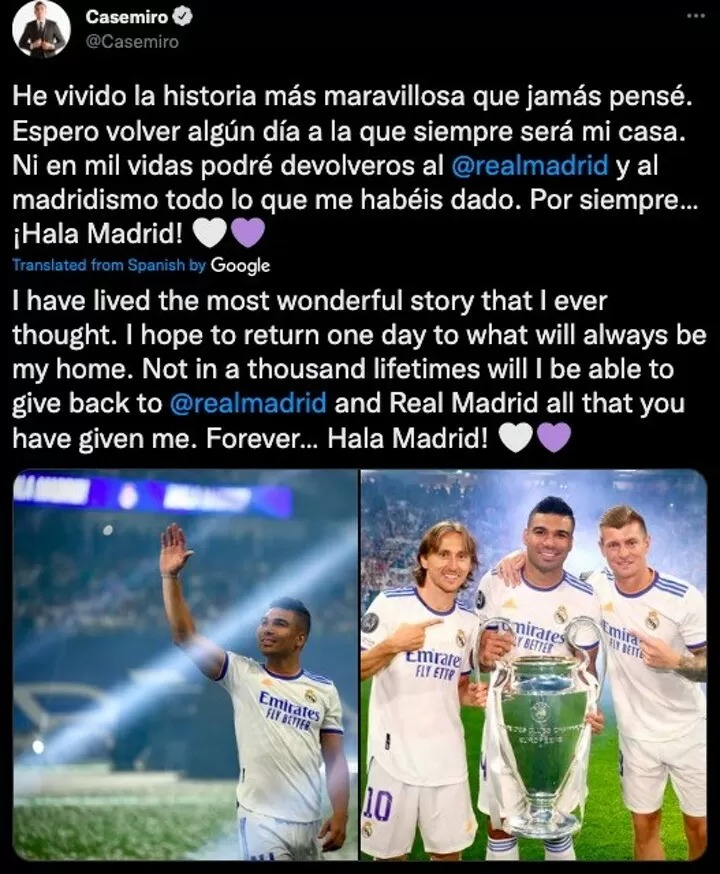 Rumours of the move only broke less than a week ago but it’s already done and dusted. United made their first move for the Brazilian midfielder at the beginning of the month and now they’ve landed their man – a truly elite midfield operator.
The economics of the transfer were key. Casemiro will earn close to double his salary at Old Trafford and has been handed a deal that secures his future for the next four seasons with the option of a fifth. It’s a very good deal for a player who’s 30 years old.
And it works for Madrid, too. They’ll receive €70m fixed and €15m in variables for a player they signed for €6.5m when they first brought him to the Santiago Bernabeu. Since then he’s helped them win 18 titles and become one of the finest midfielders in the European game. He leaves through the front door.
“I’ve lived the most wonderful story I could have imagined,” Casemiro wrote on Twitter after the move was confirmed. “I hope to return one day to what will always be my home. Not in a thousand lifetimes will I ever be able to give back to Real Madrid and Madridismo what they’ve given me. Hala Madrid, forever.”

Casemiro's farewell message: Real Madrid will always be my home