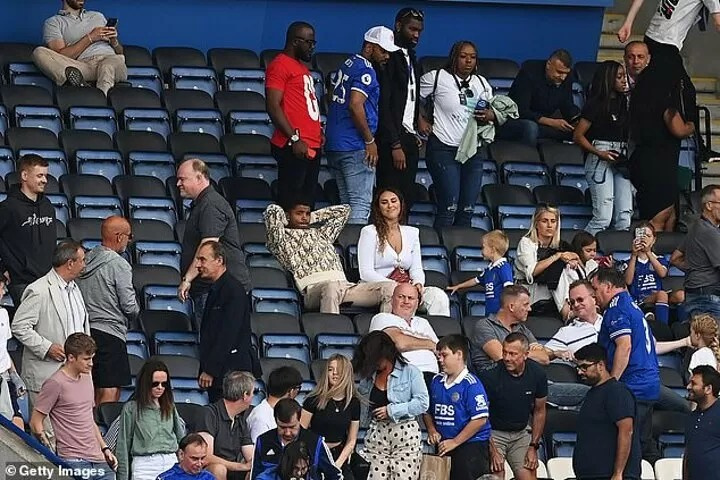 Wantaway Leicester defender Wesley Fofana watched his side's 2-1 defeat against Southampton from the stands today amid interest from Chelsea.
Fofana was left out the squad for the game after Foxes rejected two bids from the Blues to sign him, with reports suggesting Brendan Rodgers' side are holding out for £85million.

SALVADOR DALI AND RELIGION
Funny Halloween Costumes For Dogs Pup…
paris jackson RELEASES NEW SINGLE “ju…
WhatsApp Introduces Shareable Call Li…
2022 Winners of Pleatco Perfect Pool …
Rodgers has expressed his desire to keep Fofana, but the 21-year-old is seemingly set on leaving the club to sign for the two-time European champions.
The centre-back, who is keen to Join Chelsea, sat with his partner among the home fans, signing autographs and posing for photos. Leicester supporters will be wondering how many more times they will see him at the King Power Stadium.
Until Fofana's future is resolved, it is hard to see how Leicester make progress.
They have just one point from their first three games, and sit in the relegation zone of the Premier League.
It's early days, but the Foxes are struggling in defence and often find themselves needing to score three or four to stand a chance of winning games.
Today, they were undone by a poor Southampton side who are themselves struggling, and they are yet to sign a first-team player this transfer window.
Youri Tielemans was also left out the squad, with Rodgers suggesting the Belgian's head isn't straight with several clubs interested in his services.
'I don't know,' said Rodgers when asked on the future of the two players.
'There's a few offers for some players nowhere near the valuation the club would want to sell.
'None of them are for sale but I know how the game works. There's a few weeks to go. I don't know what's going to happen.'
Fofana didn't react when team-mate James Maddison put Leicester ahead in the second half.
The defender has made 52 appearances for Leicester since joining the club from St Etienne in 2020.
Leicester are bound to make profit on the £30million they paid for the Frenchman, but are reluctant to sell this summer.