Chelsea are 'open to letting Trevor Chalobah leave on loan' 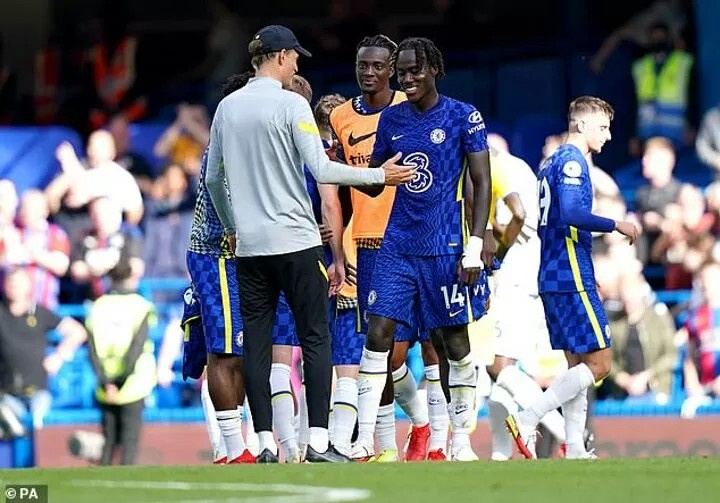 Chelsea are prepared to sanction a loan move for their rising talent Trevoh Chalobah with a host of Premier League and Serie A sides interested in the youngster.
Chalobah enjoyed a breakthrough season last year, scoring on his debut as he made 20 League appearances for Thomas Tuchel's side, but is now on the periphery of the Chelsea squad.

🔥🔥New Music🔥🔥: Armani Caesar Featurin…
D-Black – Trotro Vibes
20 Best Pools in Las Vegas
FCSB – SILKEBORG LIVE PRO ARENA, Meci…
Dosa ($DOSA), is a Crypto Voting Plat…
The centre-back faces stiff competition from new summer signings Kalidou Koulibaly and Marc Cucurella and has been an unused substitute for Chelsea's opening Premier League games.
article image
The London club are now open to granting Chalobah a loan move away from Stamford Bridge, but are not willing to include any permanent option in a deal, as reported by The Athletic.
The surprise decision will have caught a host of clubs by surprise, with upcoming defenders boasting experience in France and England a rarity in the modern game, but there will plenty of potential suitors vying for his signature.
At just 23, Chalobah has played for Huddersfield, Ipswich, FC Lorient, and Chelsea, and has made numerous appearances in the Champions League and English football's top flight.
He scored three Premier League goals last season and registered nine clean sheets while playing in defence as Chelsea qualified for the Champions League and reached two domestic cup finals.
Identifying as a ball-playing central defender, he is loved by club supporters who were left largely impressed by his exploits last season as he became a regular in the Chelsea matchday setup.
A move to Italy would see him follow in the footsteps of former Chelsea academy product Fikayo Tomori who joined AC Milan on loan before making the move permanent after helping the side lift the Serie A title last season.
He would also likely come up against another ex-Chelsea player in Tammy Abraham who currently plays for Jose Mourinho's Roma.
Chalobah rose through the ranks of Chelsea's Cobham academy and looked set to become a regular under Tuchel this season, with the Premier League outfit boasting just three experienced central defenders.
However rumoured interest in Leicester defender Wesley Fofana could be one possible reason for Chalobah being loaned out again as Tuchel and Co prepare for more incomings before the end of the transfer window.

Chelsea are 'open to letting Trevor Chalobah leave on loan'