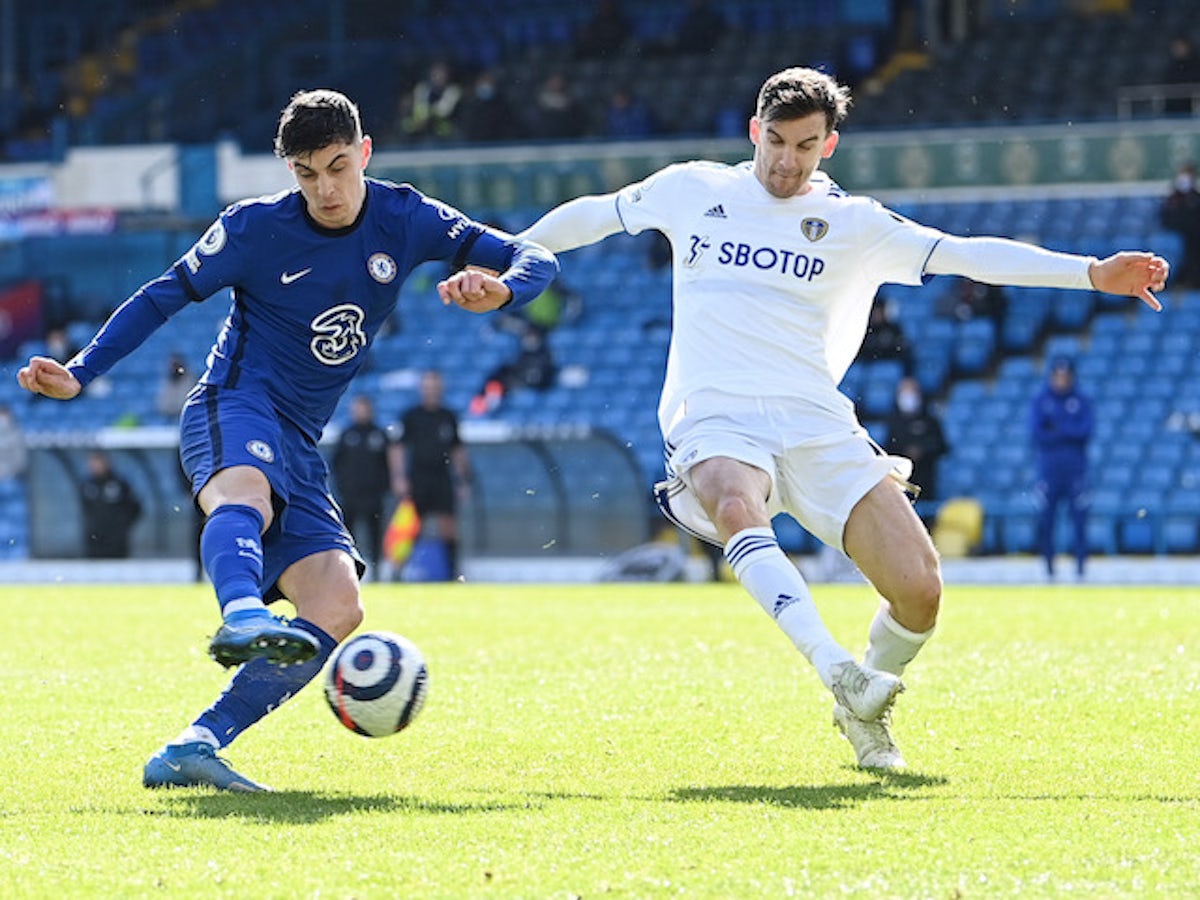 Leeds United vs Chelsea Preview and Prediction
Leeds United will be taking on visiting opponents Chelsea at Elland Road in the Premier League game on Sunday.
Leeds United LLDWWD ⚖
Leeds United prepare for this fixture coming off the back of a 2-2 Premier League stalemate against Southampton.
In that game, Leeds United had 58% possession and 13 shots on goal with 5 on target. The only player to score for Leeds United was Rodrigo Moreno (46', 60'). On the other side, Southampton had 14 attempts on goal with 4 on target. Joe Aribo (72') and Kyle Walker-Peters (81') scored for Southampton.
Leeds United have been conceding pretty frequently recently, although they have also found ways to hit the back of the net themselves. Analysis of their previous 6 games shows that Leeds United have been punished defensively in 6 of them while also scoring in 5 of those games.
Looking at their past form shows that Leeds United:
Chelsea WDDWWD 📈
In their previous game, Chelsea drew 2-2 in the Premier League match with Tottenham Hotspur.
In that match, Chelsea managed 64% possession and 16 attempts at goal with 3 of them on target. For Chelsea, the goals were scored by Kalidou Koulibaly (19') and Reece James (77'). At the other end, Tottenham Hotspur got 10 shots at goal with 5 of them on target. Pierre-Emile Højbjerg (68') and Harry Kane (96') scored for Tottenham Hotspur.
A succession of steadfast performances from the Chelsea defensive unit has resulted in the number of goals they’ve conceded amounting to 4 from their last 6 fixtures in total. During the same time, their own attack force has managed to score 9. That kind of pattern won’t necessarily be carried forward into this game, of course.
Going into this game, the form guide shows that Chelsea:
👥 Head to head
A quick look at their past head to head meetings stretching back to 15/05/2004 shows that these fixtures have been pretty painful for Leeds United. They’ve not managed to register any wins whatsoever while Chelsea have simply been better than them, finishing as winners in 83 per cent of those games where they have faced each other.
A combined sum of 19 goals were shared by the two clubs during those clashes, with 4 of them from The Whites and 15 being from The Blues. That’s an average goals per game of 3.17.
ℹ️ Team News: Leeds United
Stuart Dallas (Thigh Problems) and Mateusz Bogusz (Cruciate Ligament Rupture) will not be able to play for Leeds United boss Jesse Marsch.
📰 Team News: Chelsea
Owing to an otherwise full-strength group, there’s only the lone fitness worry for the Chelsea boss Thomas Tuchel to be concerned with. N'Golo Kanté (Muscular problems) won’t be playing here.
⚡ Prediction
We’re envisaging that Leeds United might need a bit of good fortune to see themselves scoring against this Chelsea team who we reckon will score at least once to put them ahead.
Therefore, we predict a good tussle with a 0-1 victory for Chelsea when all is said and done.
It should be a good one.