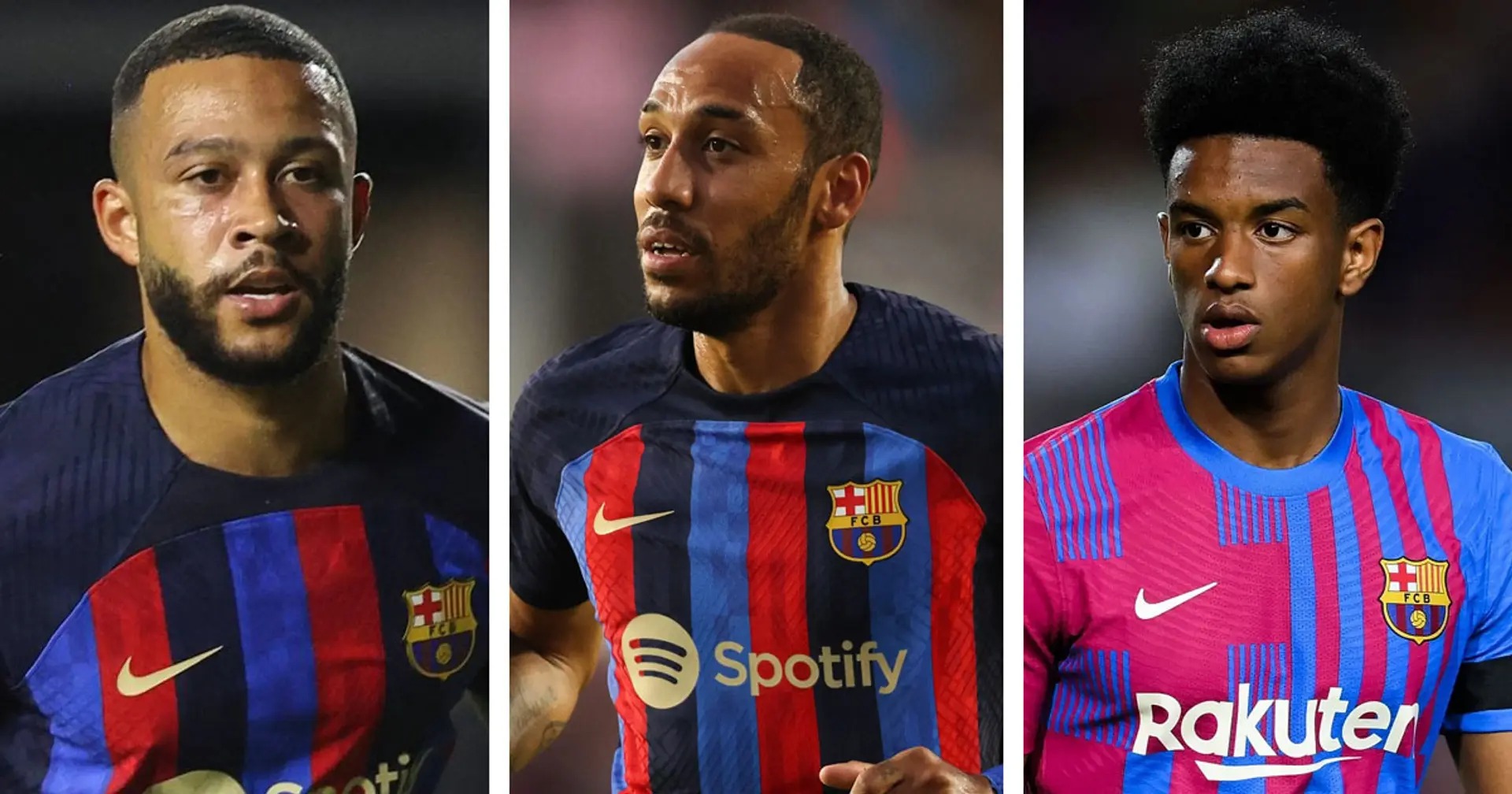 Barcelona’s summer transfer business is still far from over, be it in terms of incomings or outgoings.
When it comes to selling players, the Blaugrana have to get rid of the ones who aren’t considered essential by Xavi.

California’s 15 Best Hotels with Free…
MIGOS: TAKEOFF SHOT DEAD IN HOUSTON A…
Bumpa, Social Commerce Startup Raises…
The Police’s “Every Breath You Take” …
11 Budgeting Apps That Will Change Th…
Barca still has a bloated Wage Bill that needs to be decreased, and they need to sell players for that.
So here are 7 Barcelona players who can leave before the summer window shuts.
Frenkie de Jong: Frenkie is a hotly desired Barcelona player with Chelsea and Man United fighting for him. The Blaugrana want him to take a 50% pay cut or leave and he isn’t eager to decrease his salary that much. Barca are reportedly open to selling him and if either of the clubs can get him to agree personal terms with them, Frenkie will probably get sold before the window ends.
Pierre-Emerick Aubameyang: Despite Xavi wanting to keep him, it looks like Barca could sell Aubameyang to generate some revenue. Chelsea are pushing for him and even made a €27m offer for him recently. If the Blues can meet Barca’s valuation and convince Auba to join them, then the experienced forward could be out the door in less than 9 months of joining the club.
Memphis Depay: Memphis has been told by Barca that he is no longer a stalwart regular for them and even stripped off his no.9 jersey since Robert Lewandowski’s arrival. Juventus are negotiating a deal with him, but Barca will have to terminate his contract for that to happen. At this point, just to decrease their wage bill, the Blaugrana seem ready to do that and Depay’s exit should be confirmed before the end of the month.
Sergino Dest: With Barca expected to sign a new right-back, they don’t have much use for Sergino Dest. The USA international is attracting interest from Man United and Xavi is ready to sell him after having a fall-out with the defender. As long as United or any other club can pay a decent fee and find an agreement with him, Dest should leave soon.
Samuel Umtiti: Umtiti has no future at Barca after the arrivals of Andreas Christensen and Jules Kounde. He has reportedly agreed to leave the club, but is now scurrying to find any suitors for him. If Barca are able to find a club willing to sign him, they’ll happily let him go – even it if means for a meager fee.
Martin Braithwaite: Barca are entangled in an ugly war with Braithwaite after having told him he has no place in Xavi’s team. The Danish forward is unwilling to leave and wants to take ‘every penny’ owed to him. The Blaugrana might be forced to terminate his contract and force him to leave the club before the end of the summer window.
Alejandro Balde: While Balde remains a fan-favourite, he is unlikely to get much game-time at Barca after the arrival of Marcos Alonso. That’s why the club are looking to loan him out to a top-flight club. If Barca can get a deal done, Balde should also leave before August 31.