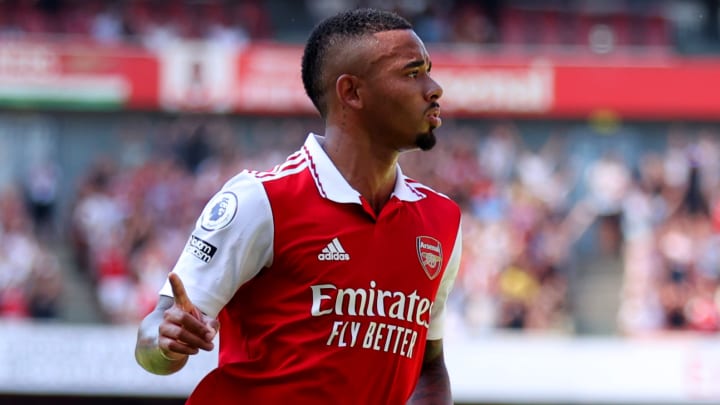 Brazil great Romario's amusing Advice to Arsenal Striker Gabriel Jesus from 2018 has resurfaced in the wake of his purple patch for his new club. If the former Manchester City striker made the move to the Emirates to secure a berth in the national team for the FIFA World Cup later this year, then the move seems likely to pay dividends.

Hollywood Dentist Providing Red Carpe…
pet Teepee Cat Bed House Portable Fol…
BECOMING A SUCCESSFUL BUSINESS OWNER:…
Best Above-Ground Swimming Pools Avai…
ADIDAS ORIGINALS AND PHARRELL WILLIAM…
He is now the focal point of Arsenal's attacking setup and is getting regular playing time, something he only craved under Pep Guardiola. He is clearly relishing the opportunity to be the star man for the Gunners and is proving to Selecao boss 'Tite' that he can shoulder the weight of a Brazil shirt.
However, if the former Man City player is to fire his nation to World Cup glory in Qatar then he must not forget one piece of advice he received from his compatriot Romario, four years ago. The 1994 World Cup winner, who scored five goals in the tournament to help Brazil win after 24 years, and claimed the golden ball in the process, advised Arsenal's new No.9 not to be shy in having sex.
In fact, Romario wanted Jesus to satisfy his libido to the best of his capacity in the build-up to the 2018 World Cup in Russia. The Brazilian legend was quoted by Lance! Magazine as saying:
“Have enough sex is one piece of advice - as is making the most you can of your days off. And, of course, you must concentrate on match days and during the games. I believe Jesus is quite aware of his football and what it represents for the Brazilian nation. He has to arrive at the World Cup and score a goal. That’s the most important thing."
Back then, Romario believed that playing in Europe was a big advantage for his compatriot as he would have faced top quality players almost regularly.
He added:
"It is good that he is playing in Europe because maybe 80 or 90 percent of the best players in the world play there and he will have faced them already. But the first thing I advise him to do is have lots of good sex."
Well, if the first two Premier League games of the current campaign are anything to go by, then the Arsenal forward looks like he has his starting berth confirmed in Tite's squad.
Jesus has scored two goals and provided two assists already. He has used his strength well to retain the ball under pressure and then progress it to create attacks.
With the 2022 World Cup in Qatar just around the corner, the youngster might revisit Romario's suggestion from four years ago. Jesus failed to score a single goal at the 2018 World Cup in Russia, now whether that was because he took his compatriot's advice too seriously or ignored it completely is anyone's guess.