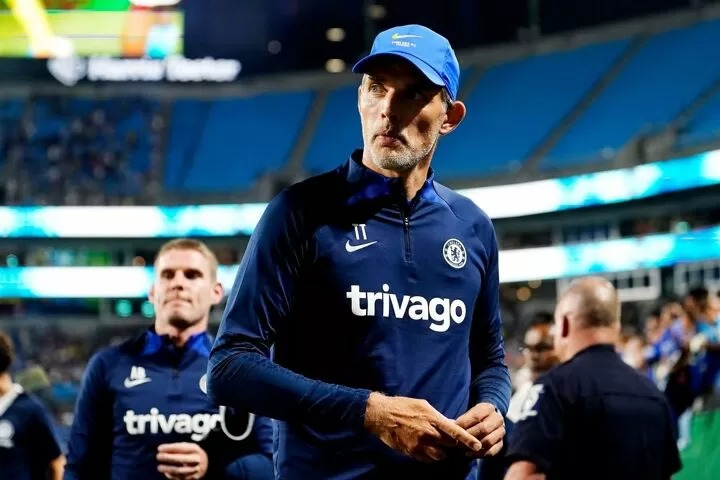 The 2022-23 Premier League campaign is gradually heating up with all 20 teams competing for the prestigious title.
However, as usual, each season tends to have its list of favorites to win the league. The likes of Manchester City and Liverpool have been tipped as outright favorites for the trophy once again this season. Their dominance in the league in recent years has essentially made it a two-horse race for the PL title.

11 Ways Real Estate Market Will Chang…
How many days do you need for London?
Best At-Home Workouts For Beginners
The Best Passive Income Streams
Body Positive Fat And Sexy
North London Club Tottenham Hotspurs, on the other hand, have been viewed as another team that could challenge for the Premier League title. Antonio Conte's team has a winning probability of 14/1 as seen in Sportingnews.
However, one club is currently being overlooked by most pundits for the league title and it's none other than Chelsea.
The Blues are underdogs heading into the 2022-23 Premier League title race, but they are a team to keep an eye on. This article will take a look at three reasons why Chelsea could be a dark-horse for the 2022-23 season.
#3. Decent additions in the summer transfer window
One reason why Chelsea could have a realistic chance to contend for the league is because of their transfer activity this summer.
The West London club have shown much ambition in the transfer market as they have recruited a number of world-class players.
Under the ownership of Todd Boehly, the Blues have signed the likes of Kalidou Koulibaly, Raheem Sterling and Marc Cucurella, among other names.
Chelsea still may not be done with recruitment this summer. The Blues are currently linked with Wesley Fofana, Frenkie de Jong and Pierre-Emerick Aubameyang, as seen on Skysports.
The West London club already have a strong team going by the caliber of players Chelsea has signed. Also taking into account those who could still join this summer, it would only make the Blues so much more stronger.
#2. Strongest bench in the Premier League
Another factor that would work in Chelsea's favor is their squad depth. Winning the league is a marathon rather than a sprint and requires more than just a strong starting XI- principle reason why a quality bench is needed, especially in the latter half of the campaign.
Very few teams are able to rival Chelsea in terms of squad depth at the moment. This could be a strong advantage for the London club, especially as the fixtures begin to come close on each other's heels.
During the Blues' first league game of the season against Everton, Thomas Tuchel had a very star studded bench.
The likes of Hakim Ziyech, Armando Broja, Ruben Loftus-Cheek and Christian Pulisic couldn't make it into the starting XI, a testament to Chelsea's roster depth.
Should the Blues still go on to add more firepower to their team this summer, every department would have adequate back-up options.
#1. Thomas Tuchel factor
It will be difficult to talk about Chelsea having a run at the 2022-23 Premier League title without mentioning their manager.
The German tactician has been able to transform the Blues into a courageous and ambitious side. His stewardship has seen Chelsea reach five cup finals since he joined the club in January 2021.
Tuchel's experience and tactical prowess could be crucial for Chelsea to be able to navigate their way through the likes of Man City and Liverpool.
The London club even showed that they can sustain a title challenge during the early parts of the 2021-22 Premier League campaign.
Recall that Tuchel's team dominated the opening months of the previous season and were even top of the league in November. However, injuries and a dip in form saw them subsequently capitulate the lead to Man City.