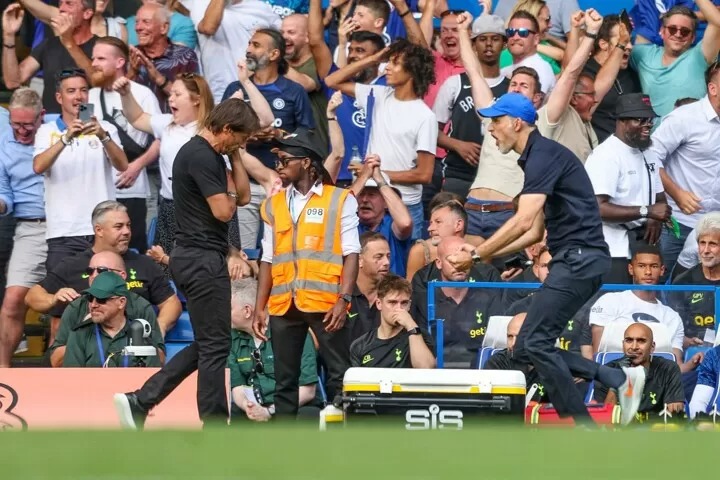 Thomas Tuchel and Antonio Conte were both sent off as tempers flared after Harry Kane's last-gasp equaliser earned Tottenham the unlikeliest of points in a pulsating 2-2 draw with Chelsea at Stamford Bridge.