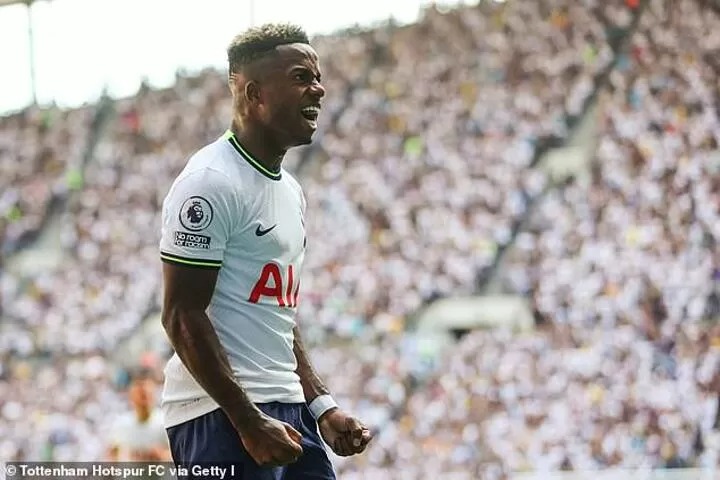 Ryan Sessegnon is only 22 but it feels like this has been a long time coming for him.
That comes of making his debut at 16 for Fulham, then being part of a great generation of England youth players, winning the Under 19 European Championship in 2017 and being touted as one of the best of the emerging talents from south London at that time, which included Jadon Sancho, Callum Hudson-Odoi, Tammy Abraham and Emile Smith Rowe.

Sunday transfer talk: Manchester Unit…
Outdoor Sofa vs. Outdoor Sectional – …
It seems as though we’ve been on the cusp of something before, when Fulham were promoted in 2018-19, or when he moved to Spurs in 2019-20, before being somewhat underwhelmed. He was out of sight and out of mind on loan at Hoffenheim in 2020-21. But, quietly, he was rebuilding the confidence he had shown as a marauding youth player.
Born in Wandsworth but with parental roots in Benin, he is fluent in French, learned German in his time there, mixed in well with a multinational team and completed a decent season in the Bundesliga.
However, it has taken the arrival of Antonio Conte at Spurs to begin to see him flourish. It’s early days but his increasingly mature performances at the end of last season, when he started the last six games, saw him retained at Left Wing back last weekend. For good measure, he scored his first Tottenham goal in the 4-1 win over Southampton.
But there may be times when he isn’t wholly appreciative of the Italian’s methodology. Conte’s pre-seasons are notorious. This summer the team did an open training session in South Korea of 42 hard runs, the length of the pitch, which left Harry Kane vomiting and quitting and which broke Son Heung-min. Was pre-season all he had expected from Conte?
‘Worse!’ says Sessegnon. ‘I knew it was going to be tough but it was worse. Those 42 runs in Korea, the length of the pitch. The amount of running, it was crazy. I wasn’t being sick like a few of the players were. But I was on my knees.’
Sessegnon had already prepared with his own pre, pre-season, doing weights and fitness work at the training ground in early summer in order to be ready for the Conte impact. That he was favoured last week over Croatian Ivan Perisic, the manager’s specific signing for his position, bodes well.
‘I arrived in good shape. I did a lot of work before pre-season. It was more injury prevention, being able to cope with the demands of pre-season, which I knew was going to be tough, and getting a bit bigger in gym, building my legs, and stamina-wise doing a lot of runs.’
Being physically able to withstand the demand of a Premier League season is a hurdle that proves insurmountable for some young players. Sessegnon though will take some encouragement from a football and Tottenham role model — Gareth Bale.
Sessegnon admired and modelled his game on the Welshman, who started his career as a left wing back. And in those early days, an injury-prone Bale looked as though a breath of wind might knock him over.
Of course, Bale developed into a serial winner of the Champions League at Real Madrid, scoring one of the greatest goals ever in the final and was eventually famed for his athleticism as perhaps the greatest British player of his generation.
‘He was just so energetic,’ says Sessegnon. ‘Powerful, pacy. I remember the Champions League game for Spurs against Inter Milan.’ That was the night Bale took apart world class Brazilian right back, Maicon.
‘I always watched those video clips and tried to emulate my game on what he was doing. If I add more goals and assists to my game, it’s going to keep me in the team.’ Sadly, he missed the chance to bond with Bale when the Spurs legend returned to the club on loan as it coincided with his season in Germany.
However, he will be up against a familiar foe on Sunday in Reece James at right back, another Londoner, who was also part of that generation that swept England to age-group successes.
‘We played together for England in the youth age groups, we won the under 19 championships and we’ve been playing against each other since I was nine, when he was at Chelsea and I was at Fulham.
Their academy back then was ridiculous, they won every trophy possible back then. But those times he was more of a midfielder and then recently got moved to a right back. I know him very well as well. He’s a great player. More often than not, the battles on Sunday on my side will be against him. I’m looking forward to the opportunity to play against him and we’re confident. We’re good mates.
‘We probably won’t talk before but maybe after. We’ve gone out before, we have close mutual friends as well.’
James is of course an established England international now and there’s no reason why Sessegnon can’t make that leap too, with only Chelsea’s Ben Chilwell a guaranteed pick for manager Gareth Southgate’s World Cup squad at left back.
Sessegnon must know that but he will also be aware that observers will now be looking for additional substance in this renaissance. Equally, there’s a lot of talk about meaningful change at Tottenham for this campaign, but last season they played Chelsea four times, lost four times and never scored a goal.
‘It will be a good test for us to see how far we’ve come from last season,’ says Sessegnon. It will, both for Spurs and for their emerging left wing back.
Ryan Sessegnon was speaking at the Summer of Spurs, a free activity programme delivered to keep local young people engaged during the school holidays, promoting health and wellbeing, reducing crime levels and anti-social behaviour.


This post first appeared on E360hubs, please read the originial post: here
People also like
Sunday transfer talk: Manchester United star says his name has been wrongly spelt for his entire soccer career whereas Conte says his gall bladder operation was successful .
Outdoor Sofa vs. Outdoor Sectional – What Is The Difference