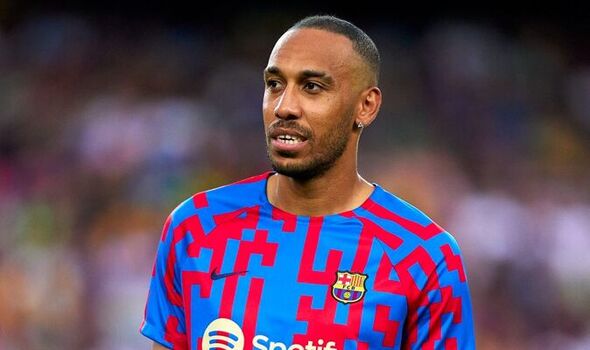 Barcelona have reportedly set their asking price for Pierre-Emerick Aubameyang, amid reports that Chelsea are interested in the forward.
According to Relevo, the Blaugrana have valued the 33-year-old forward at €25 million as he still has three years left on his contract.

Are You Ready To Go On An Adults Only…
How many days do you need for Barcelo…
Understand You
THE HIDDEN HILLS OF CADAQUES
10 Best Hotels In Las Vegas
The Blues are yet to make an official offer for the Gabon international, with his reportedly large wages a potential sticking point. Chelsea are desperate to bring in a new centre-forward this summer following the recent departures of Romelu Lukaku and Timo Werner.
Chelsea Boss Thomas Tuchel has coached Aubameyang in the past when the duo were together at Borussia Dortmund for three years.
Aubameyang only joined Barcelona in January after his contract was terminated at Arsenal, following four successful seasons in north London. The striker reportedly (via Mirror) fell out with manager Mikel Arteta following a series of disciplinary breaches.
The veteran attacker went on to score 11 times in 17 La Liga appearances for the Catalonian giants. But due to the arrival of Bayern Munich superstar Robert Lewandowski, Aubameyang's first-team opportunities could well be limited this term.
Chelsea boss Thomas Tuchel speaks of the 'close bond' with Barcelona striker Pierre-Emerick Aubameyang
The Blues have so far enjoyed a successful transfer window but do appear light up front. Following Romelu Lukaku's disastrous spell at Stamford Bridge last term, Tuchel may end up turning to a player he can trust and who has scored bags of goals for him in the past.
Speaking at his press conference ahead of a huge London derby on Sunday, Tuchel was asked about his relationship with the Barca striker. The 48-year-old manager proclaimed (as per BBC Sport):
"I experienced no issues with him. This is totally separate from anything that is happening now, but I enjoyed a lot working with Auba while I was at Dortmund.
"Some players stay your players because you were very, very close and Auba is one of those players. There was always straight away this close bond. They always stay your players in a way."
Tuchel further added:
"In Dortmund there was never an issue."
Gunners boss Arteta claimed in his press briefing that he hoped the striker would receive a warm welcome if he were to return to London from Barcelona. The Spaniard stated:
"What's been done has been to defend the club and put it in the best possible position. Auba is an exceptional player. He did so much for us. I hope that he gets a good reception [if he returns] because he deserves that."