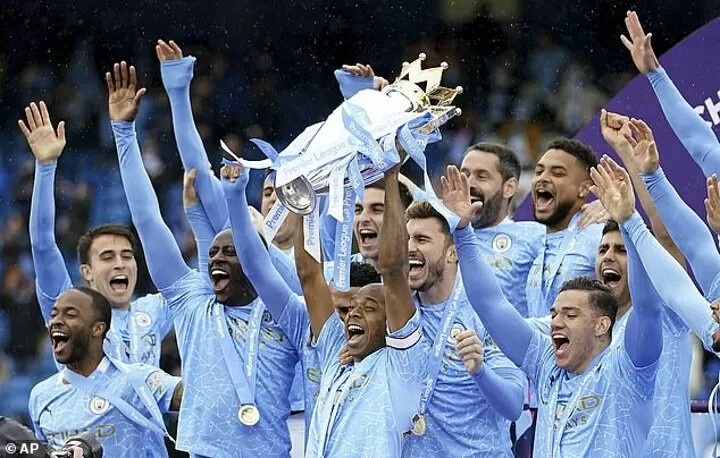 The time for talking is almost over.
Less than 80 days after the conclusion of the last campaign, the Premier League and all of its associated fanfare returns next Friday with the opening game of the season between Crystal Palace and Arsenal.

🔥🔥New Music🔥🔥: Armani Caesar Featurin…
D-Black – Trotro Vibes
20 Best Pools in Las Vegas
FCSB – SILKEBORG LIVE PRO ARENA, Meci…
Dosa ($DOSA), is a Crypto Voting Plat…
The clash at Selhurst Park will herald the beginning of what promises to be yet another 10-month rollercoaster ride - with the small matter of a World Cup sandwiched in between this time around.
Champions Manchester City will aim to retain their title and win a fifth crown in six seasons, while Liverpool - the only other team to lift the trophy in that period - will again seek to overhaul Pep Guardiola's formidable side.
There is also set to be an intriguing battle for the European places and the fight to stay in the division will almost certainly provide its fair share of drama.
Here, Sportsmail looks at 10 of the reasons why we should be excited for the start of the 31st Premier League season.
Haaland, Nunez and the race for the Golden Boot
City and Liverpool have instilled further fear in the division by snapping up two of Europe's hottest properties in the transfer window.
Erling Haaland's arrival from Borussia Dortmund for just £51million, a bargain price by modern standards, has led to suggestions that Guardiola's side will win the league at a canter. 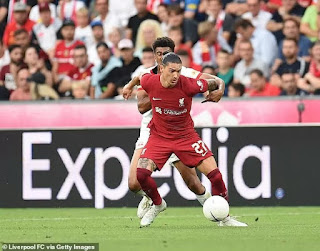 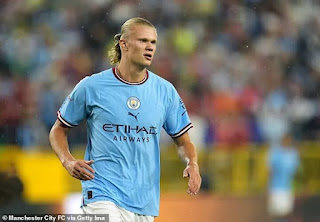 But it has also added another dimension to the race for the Golden Boot, which is also expected to include Darwin Nunez, Liverpool's record signing after joining from Benfica for £85m.
Fans will be licking their lips at the prospect of Haaland and Nunez going head-to-head in their first season in the Premier League, with individual, as well as team, honours at stake.
Ten Hag's reign at Old Trafford
Erik ten Hag will have the eyes of the world on him when he strides out at Old Trafford for the first time in a competitive match as manager of Manchester United against Brighton next Sunday.
Ten Hag brings with him his own, meticulously-planned brand of football - something United have been sorely missing in recent years - and fans across the league will be keen to observe how he fares. 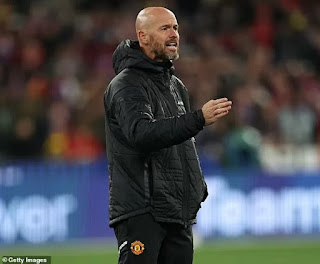 It is hardly a revelation to say the 52-year-old Dutchman has a huge job on his hands and his first spell in English football will be the subject of much debate and discussion throughout the season.
No pressure, Erik.
The impact of the first Winter World Cup
The 2022-23 campaign is the first to feature an extended break, one forced upon Premier League chiefs by the World Cup in Qatar being moved to the English winter.
A 'winter break' of some sort has been part of the domestic calendar in recent seasons but none have been the length of the one planned for the upcoming season.
The final round of fixtures before the World Cup are scheduled for November 12, with the league set to resume with the traditional set of Boxing Day matches.
It will be intriguing to see the impact of a six-week break on the league but, more importantly, the tournament gives us a continuous feast of football to gorge on.
Forest's return to the big time
Nottingham Forest are back. Forest, who won successive European Cups in the late 1970s, will be playing Premier League football for the first time this century.
Forest dropped out of the top flight in 1999 and have been trying to return ever since. The club finally managed it after winning the Championship play-offs last season - and it is not only fans of the famous side who will be glad to see them back in the big time.
As a result of their previous European pedigree, they are viewed as one of the traditional 'big' clubs and play in an old-school ground far removed from the identikit stadia that have become all too familiar in the English game.
Supporters of the other 19 clubs will no doubt be relishing their trip to the County Ground, which Forest will hope to turn into a fortress to ensure their time in the Premier League is not short-lived.
Arsenal and Spurs – could they close the gap at the top?
The two North London sides have been praised for their shrewd business in the transfer market ahead of the new season.
article image
Tottenham, who pipped their arch-rivals to the fourth and final Champions League spot last season, have made no fewer than six signings after landing Richarlison, Yves Bissouma, Ivan Perisic, Djed Spence, Clement Lenglet and Fraser Forster.
Arsenal have also impressed in the market, particularly with their capture of Gabriel Jesus from City.
Such is their level of success with transfers that they are being tipped to challenge the likes of City, Liverpool and Chelsea this season. A fascinating title race awaits.
Fantasy football
The return of the Premier League also heralds the return of one of football's great phenomena - fantasy football.
Yes, thousands upon thousands of fans will already be gazing a keen eye over each side's squad, picking a team before inevitably making dozens of changes prior to the big kick-off on August 5.
Whether playing for fun or for a cash pot with mates, the game continues to grow each year. There are even dedicated websites, apps and journalists focused on getting the inside scoop or finding that hidden gem of a player.
It also sparks intense pub debates - £8million for Timo Werner, are you sure?! - and arguments. Let the (fantasy) games begin.
Managerial meltdowns and touchline spats
We all love a whinge from a disgruntled manager - and no, not just from Jurgen Klopp. 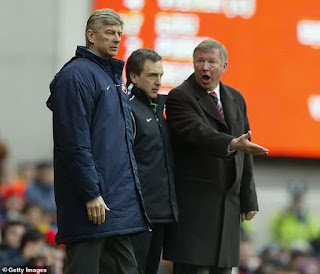 There is something very, very watchable about a boss losing the plot, either on the touchline or in his post-match press conference.
They add to an already enjoyable spectacle by providing a further human angle - raw passion, dedication and will to win - that plays out on the faces of managers and head coaches all over the country.
You also can't beat a good-old touchline spat. Forget Klopp and Guardiola's hugs - give us Wenger v Mourinho every day of the week!
Away days and the buzz of the game
It may be a bit of a tired cliche but going behind enemy lines and claiming all three points is one of football's truly great feelings.
The away day is the cornerstone of football fandom. You are in the minority from the start and are real villains to the home fans, who try and make you feel as unwelcome as possible.
article image
You look forward to an away game with the levels of enthusiasm of Christmas. Fuelled by cheap lager, a sense of 'us against them' and often misplaced optimism, you travel in numbers in the hope of seeing your team win.
Trips to Forest and Craven Cottage - arguably the most idyllic ground in the league - only add to the sense of excitement for supporters this season.
The battle for European football
In the Premier League era, qualifying for the Champions League has taken on  added significance, largely for financial reasons.
Players speaking of wanting to finish the top four often comes before they mention winning actual trophies, so it is little wonder the battle for those hallowed places is
Earning a spot in the Champions League places next season will perhaps be as hard as it has ever been in the top flight.
At least six teams - City, Liverpool, Chelsea, Man United, Arsenal and Spurs - will be targeting a place in Europe's premier club competition, while there is always at least one surprise package.
...and safe standing is back (possibly for good)
News earlier this month that Premier League clubs had been given the green light to introduce safe standing areas within their grounds was met with widespread praise.
The benefits are twofold. Safe standing allows those fans who wish to stand the chance to do so while also separating them from those who would prefer to remain seated.
It is a welcome development for match-going fans and one that is - hopefully - here to stay.