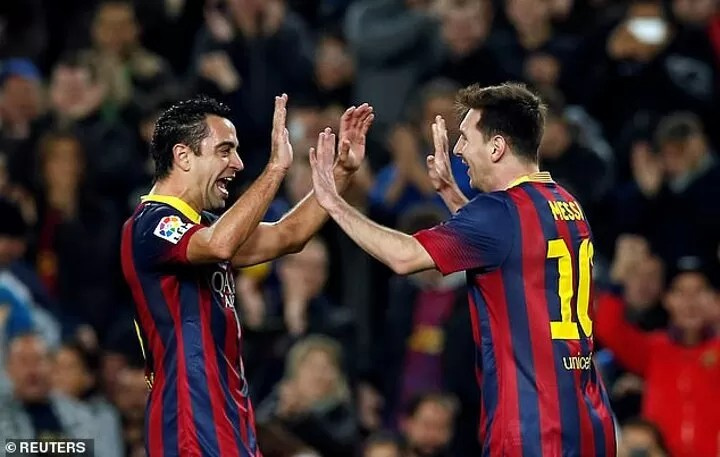 Xavi has urged Barcelona to bring about a sensational return for club legend Lionel Messi next summer, according to reports in Spain.
Messi was expected to extend his deal with Barcelona last summer following positive initial talks between all parties last summer, but LaLiga's financial regulations prevented a deal from happening.

How many days do you need for Barcelo…
Comparison Between The 3rd Ranked & 2…
Ems Low-frequency Hand Rehabilitation…
High Paying Jobs ($100,000+ /yr) With…
The Reality of Sexual Pleasure
The Argentina international then broke his 20-year association with the Catalan giants by signing a two-year contract with Ligue 1 champions Paris Saint-Germain in August, for whom he scored just six league goals in 2021-22.
Messi admitted in May he did not want to leave the 'complete happiness' of playing at Camp Nou, and a report from SPORT suggests his former team-mate Xavi has told Barcelona president Joan Laporta to secure his return.
The former Barcelona and Spain midfielder maintains an excellent relationship with the Argentine star, the report adds, and he is reportedly convinced Messi's return could bring a lot to the club both on and off the pitch.
The report suggests a return would be the final transfer of Messi's career, with the goal then being that he would hang up his boots at the club, which would scupper MLS sides' dreams of him playing in America.
However, Sportsmail understands PSG want him to sign a one-year contract extension, despite his underwhelming first season in France.
It is no surprise PSG want Messi to stick around, since he has earned them £600m in revenue in his first year, and helped the club to sign ten sponsorship agreements.
The same outlet adds Messi has not committed one way or the other for now, with his focus set on the upcoming season goes and winning the World Cup this winter in Qatar with Argentina.
But the report comes just a day after Laporta claimed Messi could indeed make a return to Barcelona before he retires.
'I don't believe Messi's chapter at Barcelona is over,' Laporta told ESPN.
'And I believe it is our responsibility to make sure that chapter is still open, that it hasn't closed.
'To have a moment to do it how it should have been done so that he may have a much more splendid ending than what he had.
'If I feel like I owe him one? Yes.
'Morally, as the president of Barcelona, I think I did what needed to be done. But also as Barcelona's president, and personally, I believe I owe him one.'