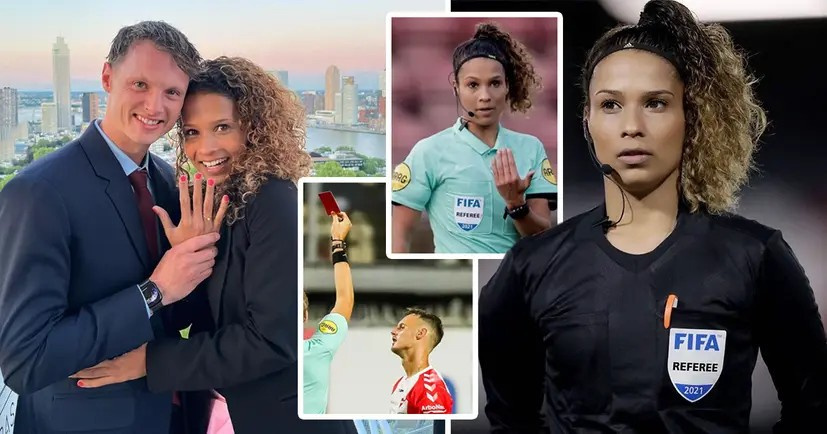 FC Emmen defender Jeff Hardeveld and Referee Shona Shukrula are Engaged to be married following a chance meeting in the Dutch second tier.
Back in August 2021, Emmen played against FC Eindhoven in the Eerste Divisie.

Cat Toy Self-Hi Sucker Spring Rabbit …
Writing Holiday Stories: Tricks (and …
Gaidaa Shares Poignant "Figures" Visu…
Senior Leaders Should Stay Out of ‘Cu…
Top 10 Tips To Create A Positive Work…
Shukrula, who has refereed for Dutch football since the 2009/10 season, was the fourth official for the game.
Hardeveld featured alright but was sent off in the 91st minute. According to De Telegraaf, that's where the couple first met.
Four months later, they made their relationship public by announcing the news on social media.
And fast forward to now, they are engaged and expected to tie the knot very soon.
Source: De Telegraaf