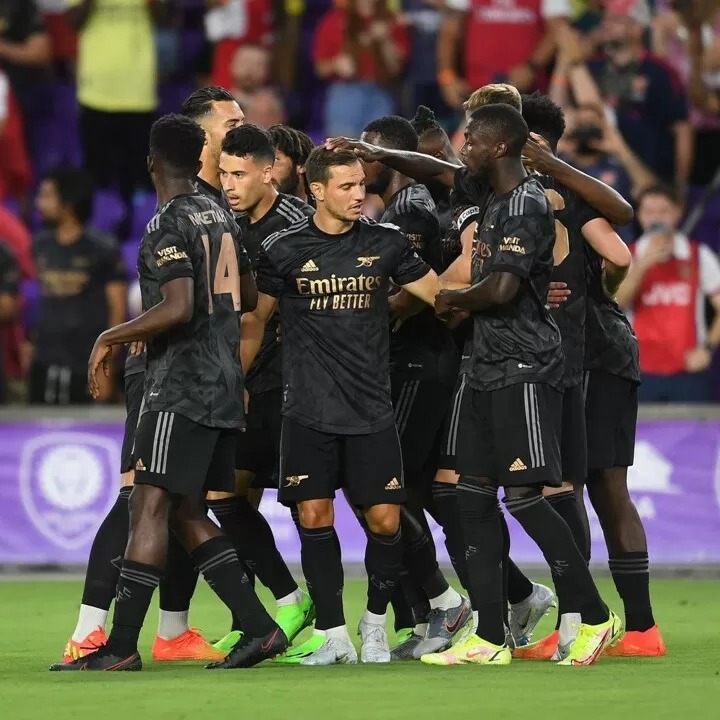 Orlando City 1-3 Arsenal pre-season game win
After all of the chatter and all of the excitement about expensive signings, a win secured by those reared in-house.
With 24 minutes left of this friendly, Arsenal were being held by Orlando City. Gabriel Martinelli's opener had been cancelled out by Facundo Torres in the second match of their US tour. By the end, though, Mikel Arteta's side had run out 3-1 winners, thanks to goals from academy graduates Eddie Nketiah and Reiss Nelson – the latter assisted by fellow Hale End alumni, Bukayo Saka.
Watching on from the stands in Orlando was Oleksandr Zinchenko. His £32million arrival should be confirmed in the coming days ahead of Saturday's final game against Chelsea.
The Ukrainian was made to wait to see his new team-mates in the flesh after storms struck Orlando shortly before kick-off. The heavens opened, lightning strikes lit up the dark skies and kick-off was put back an hour.
Even then, the Ukrainian had to sit tight before most of Arteta's first-choice XI came off the bench. With the exception of No 1 Aaron Ramsdale, Arsenal started with a second-string side.
Not that it hampered them early on. After only five minutes, Martinelli played a one-two with Albert Sambi Lokonga and curled an effort at goal from inside the area. It took a wicked deflection that wrong-footed Pedro Gallese in goal.
Alas, Orlando were arguably then the more dangerous team before half-time. They should have levelled when Benji Michel ran through a vast hole in the Arsenal back four, only for Ramsdale to make an important save.